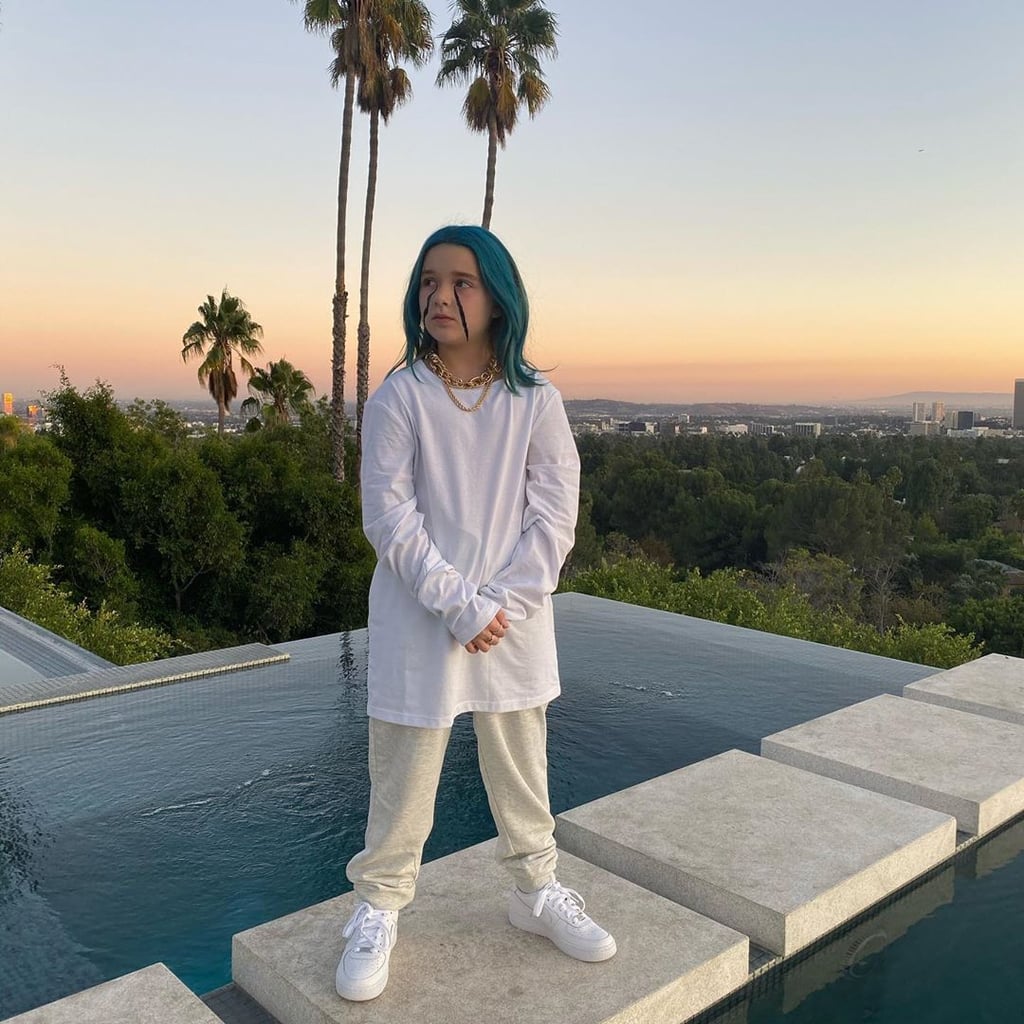 There Have Been a Lot of Billie Eilish Costumes This Year, but Harper Beckham's Is Our Favorite

Someone give Billie Eilish an award for being the biggest celebrity Halloween costume inspiration of 2019. Following in the footsteps of Nina Dobrev and Jameela Jamil, the latest celebrity to dress up as the 17-year-old singer (and perhaps the best interpretation yet) was Harper Beckham.

David Beckham posted pictures of the whole Beckham family's impressive Halloween costumes, but it was Harper's adorable outfit that really got our attention. She wore an all-white ensemble with blue hair, gold necklaces, and black tear-like makeup running down her face, mimicking the special effects from the "When the Party's Over" music video. Victoria also posted a photo of Harper's makeup up-close with the caption "Harper Seven LOVES @billieeilish (and a heavy eye!😂😂)", something she's definitely picked up from her mom. Not only did she dress the part but also posed the part, too. She staged an entire photo shoot (with a beautiful sunset background, no less) fully embodying the character. We think she totally nailed it.

Ahead, get a closer look at Harper's and the rest of the Beckham family's costumes.