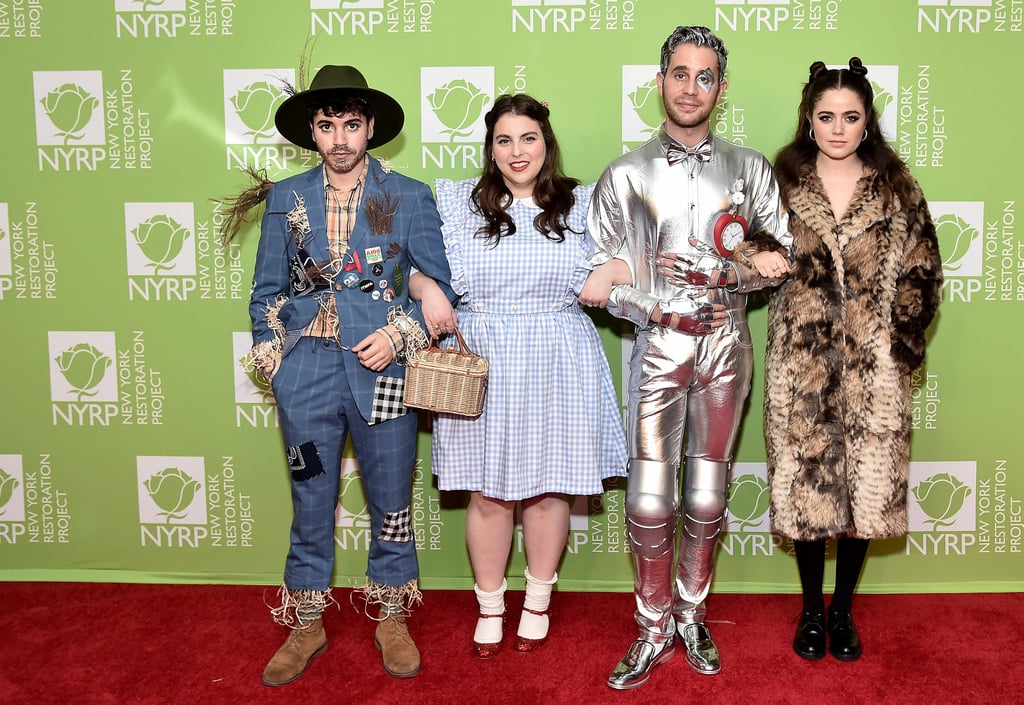 Celebrities really got into the Halloween spirit in 2019. Quite a few stars stepped out in costume for Paris Hilton's annual Halloween party in Los Angeles. While Sarah Hyland and Wells Adams got musical by dressing up as David Bowie and Freddie Mercury, Demi Lovato went the sexy route with her insanely intricate Marie Antoinette costume (before she transformed into Pennywise the next day for another Halloween bash).

More stars showed up in their Halloween best for the Casamigos party in Beverly Hills. Nina Dobrev gave her own version of Billie Eilish, and Jessica Biel paid the ultimate tribute to husband Justin Timberlake's *NSYNC past. On Halloween night, several celebs stepped out for Heidi Klum's annual Halloween party in NYC, where the host dressed up as a scary alien with her husband, Tom Kaulitz. Other stars attended Beyoncé and JAY-Z's Halloween bash in LA. Meanwhile, some celebs showed off their matching costumes with their kids on social media. Ahead, look back at some of the best celebrity costumes from last year.