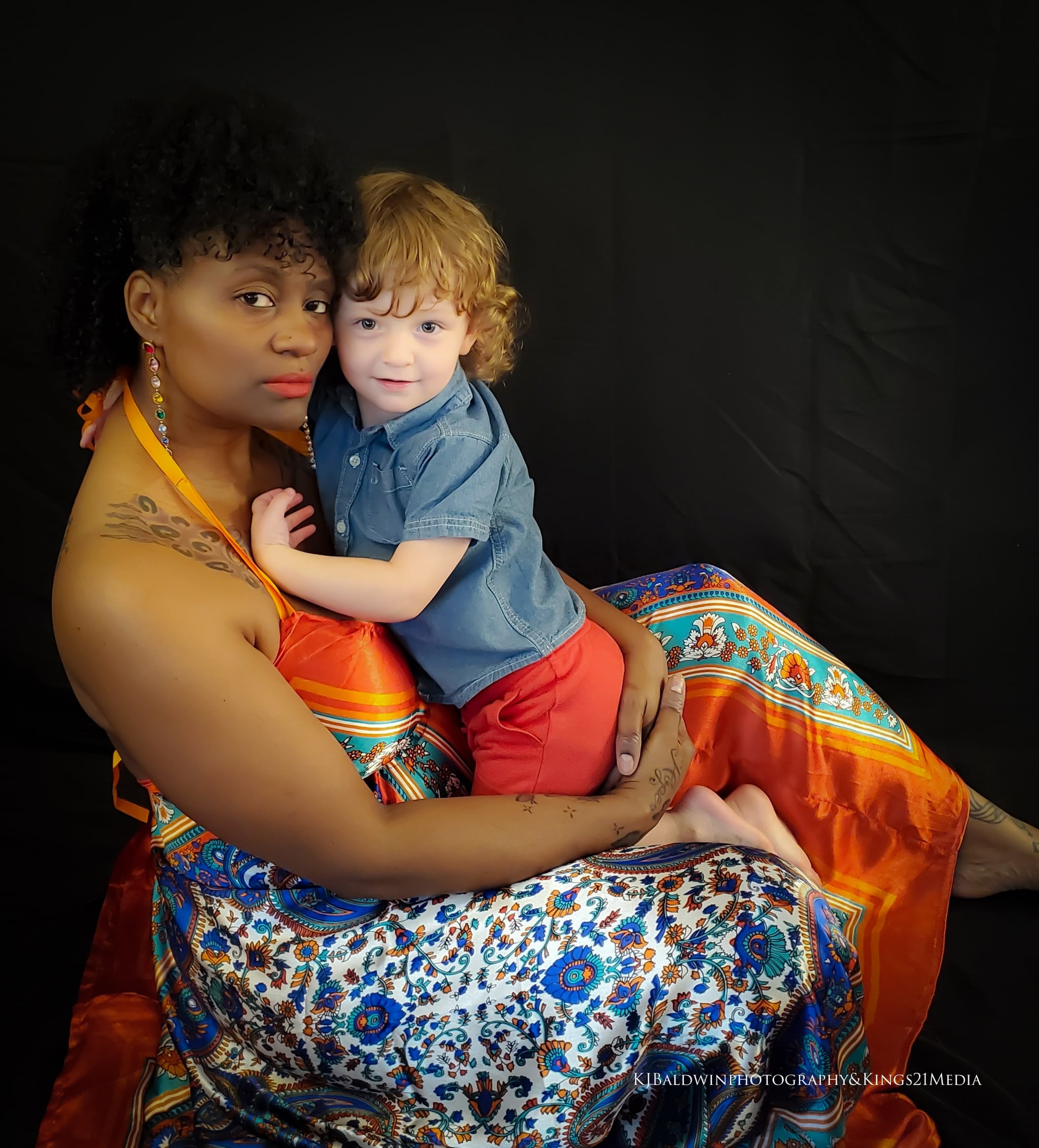 Keia Jones-Baldwin, a mom of four and writer at Raising Cultures, has always been open about her experiences with adoption and foster care. Recently, she shared an unsettling experience she had on a family trip to Tennessee in 2018, in which a woman working at a photo booth accused Keia of kidnapping her own white adopted child, Princeton (known affectionately as Boosie). In the emotional Facebook post, Keia explained how hurtful the experience was.

"I thought that this would be a fun picture to let Boosie take while the older kids and Dad rode a quick amusement park ride," she explained in the post. "I took him inside and was excited to get him all dressed up in this old timey regalia. I noticed the young girl, maybe in her late 20's was awfully fidgety as she was trying to get him set up."

After taking a few photos, the photographer left the room. But once she returned with Keia's pictures, the situation escalated quickly.

"When she came back, she was holding the photo she'd just snapped of Boosie and photos of another baby side by side and said, 'I knew it, I knew this was the same baby,'" explained Keia. "Confused I said, 'excuse me?' She accused me of kidnapping a child that she had recently taken a photo of earlier that month with his 'white parents.' I was appalled! Of course, she had already called the police."

At the time, Boosie was still in foster care (Keia eventually went on to adopt him in 2019). Because of this, Keia needed to get a clearance letter for him to even travel across state lines. Although she was prepared with documentation, the accusation was beyond upsetting.

"She accused me of kidnapping a child that she had recently taken a photo of earlier that month with his 'white parents.'"

"I had to show proof that [we were North Carolina] citizens on top of [providing] them with the foster care paperwork," Keia said. "The officers apologized. Looking quite stupid and embarrassed, her half-apology was not accepted. The manager was very apologetic, sent her home. I explained that I didn't want her to lose her job but rather get cultural awareness and diversity training. The manager agreed. Then he hands me this photo and said it was 'free for the hassle.'"

According to Keia, conversation and education about transracial adoptees needs to continue. Keia has her own list of things she wants others to understand about multiracial families:

1. We have to show the world that families don't have to look alike to love alike.
2. All transracial adoptions are not white parents adopting black kids. There is an entire transracial adoption community with so many types of blended families.
3. Just because families don't match don't mean the child is in danger.
4. When we stop the pre judgement and take the opportunity to learn, our lives become more enriched!

Little Kids
These Body-Positive Songs Are For Kids, but Our Inner Children Love Them, Too
by Melanie Whyte 13 hours ago

Race and Culture
For Muslim Women, Their Relationship to the Hijab Is a Back-and-Forth Conversation
by Natasha Marsh 2 days ago