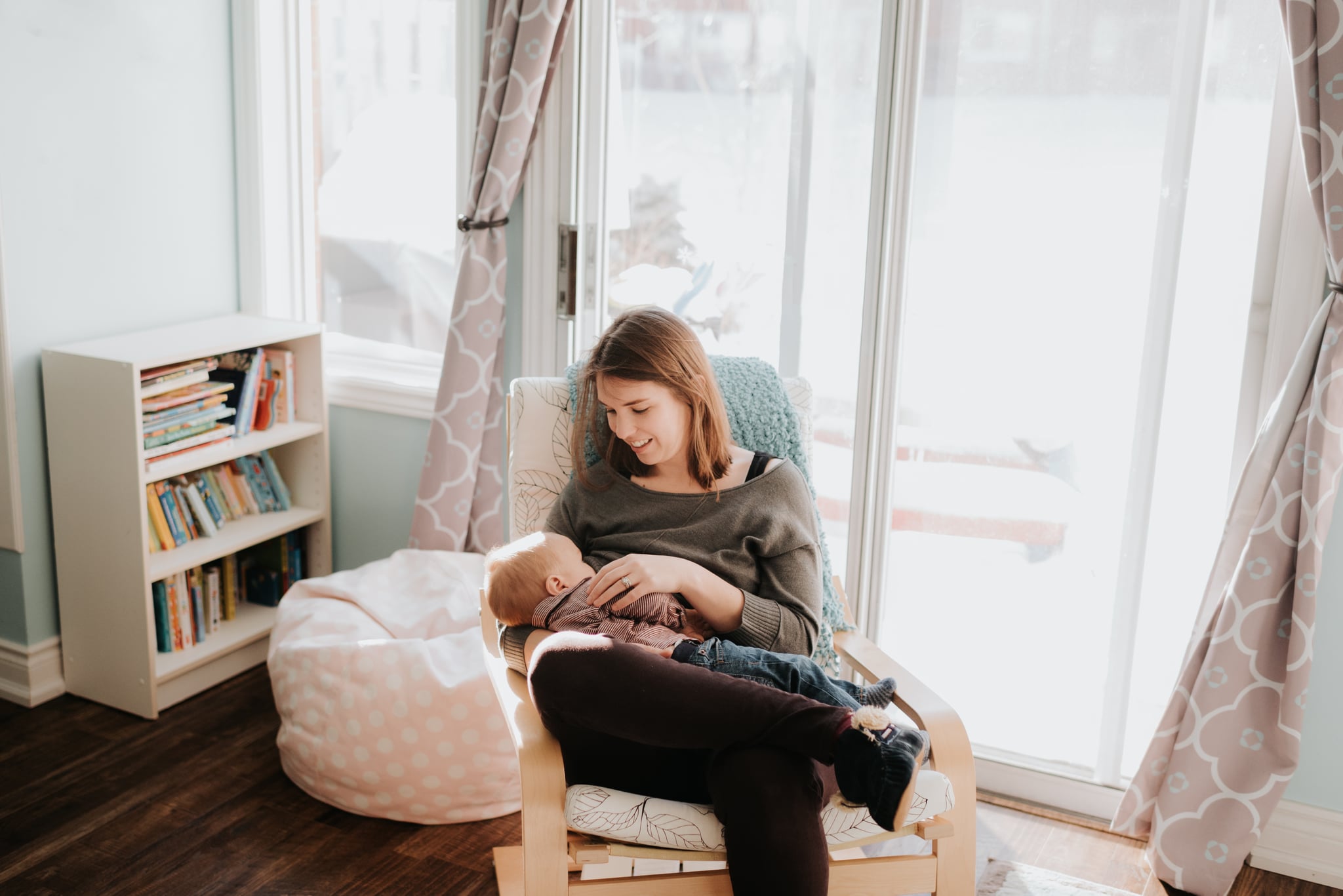 Nothing prepared me for my struggle with breastfeeding. It all seemed like it should be so straightforward. Mom meets baby. Baby latches on. Baby eats when baby's hungry. Mom and baby live happily ever after. For the first couple of months of my son's life, this was the narrative. I was positive that any uncertain days of feeding trouble must be behind us and we were in the clear.

So there I sat on a sunny afternoon — shrouded in a false sense of breastfeeding security — when my 2-month-old son ripped off of my breast, red faced and squirming. He relatched and flung himself back off in frustration, repeating the process in rapid succession for the next few minutes. Our struggle had begun. Perhaps the most frustrating part of a milk shortage is figuring out whether or not you have a milk shortage. Was it gas? Maybe he just wasn't hungry and was sick of the woman forcing his face into a boob. Was he congested and couldn't breath well enough to eat? Once the "what if" ball starts rolling, it's hard to stop it.

I took to the internet and called my pediatrician. I read story after story of the same odd behavior from frustrated and hungry babies. I whipped out my breast pump and, after three hours of building up my reserves, pumped out a measly one ounce between both breasts. I knew how much I could pump wasn't a perfect indicator of what my baby could express during a feeding, but in my case, it was close. I was heartbroken. How long had my baby been hungry and unable to tell me? Did I miss the signs? I worried I wouldn't be able to get my supply back up and that starting him on formula in the meantime would mean a baby more prone to sickness, something my anxious new-mama mind already feared.

Related:
Want to Boost Your Milk Production? Experts Share What Does — and Doesn't — Work

I tried everything. I made lactation cookies and drank gallons of water. I ate oatmeal . . . a LOT of oatmeal. I even pumped each breast for 15 minutes after every breastfeeding session to cue my body into making more milk. After about three weeks, these efforts combined started to make a dent, but it wasn't sustainable. I was sick of oatmeal, and I was spending my life strapped to a breast pump. If you look closely enough, you can still see my butt indent in the couch next to the spot my pump used to sit during these long, arduous days. Finally, I stumbled upon fenugreek on a forum for fed-up moms.

Fenugreek is an herb that smells a whole lot like maple syrup. Other moms swore by its ability to bring their milk supply back from the dead. I hadn't discussed it with my doctor yet but knew it was at least safe, so I began the regimen recommended on the bottle. Each morning, afternoon, and evening, I took three 610 mg capsules of Nature's Way Fenugreek Seed. After the first day, I hunkered down and prepared myself for yet another failed attempt at replenishment. Best-case scenario, it would be a while. All good things take time, right? Nope. Not fenugreek, and not for me. By the end of the third day, my milk supply had nearly doubled, if not tripled, and I was in breastfeeding heaven. The symphonic sounds of my son nearly drowning in breast milk were music to my ears.

It turns out, I wasn't the only mom having fantastic results. In this analysis of five different studies with 122 participants total, researchers found that four of the five studies reported significant increases in milk production for breastfeeding women taking fenugreek. (Of course, there are also plenty of other women who report it not working as well. Not everyone will have the same results.) Now, as I breastfeed my second baby, I'm sure to keep a bottle or two of fenugreek on hand. When I sense a dwindling supply, I start on three capsules three times a day, and, like clockwork, my supply multiplies nearly overnight. No more oatmeal, no more incessant pumping, and no more couch-cushion butt indents.

This personal essay is not intended to be medical advice. You should always consult your doctor before beginning any new supplements or treatments.