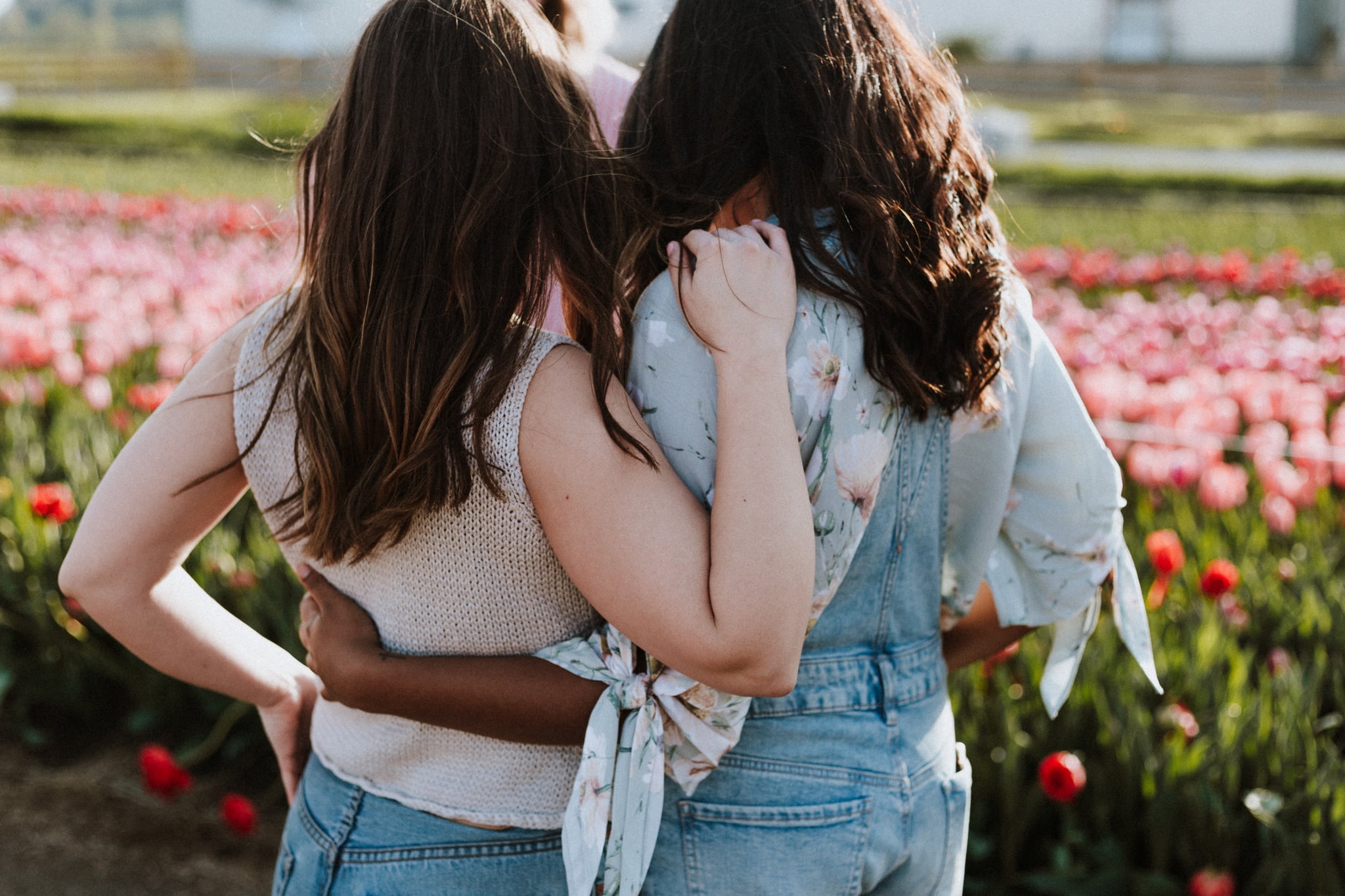 I never planned on having step-siblings. In fact, for the first 16 years of my life, I had a pretty "normal" family. My parents met in college, had been married for almost 20 years, and almost never argued. I was the oldest sibling with a younger brother who I only fought with on occasion ("MOM, he's using up all the hot water!") and a baby sister who loved to tag along with the big kids — a pretty unremarkable dynamic that we never anticipated changing.

My parents' divorce was the first surprise. I was 15 at the time and the divide stung. Although things weren't the same, they weren't so different that we had to completely reevaluate our perceptions of family. Then came my junior year of high school, when my mother announced that she was getting remarried to a man with three kids of his own, only one of which we had met.

After she broke the news, I remember sitting on our driveway and trying to think of a way to slow everything down. One surprise we could handle, but a whole new family? I didn't know if I was ready, or even willing, to make that transition. There was a part of me that wanted to fight it, to just keep doing things the way we always had, but I knew deep down that too much had already changed.

Related:
Call Us Half-Siblings, but the Love We Share Makes Us Whole

Kelsey Faber, an Arizona-based school counselor for K-12 children, says this kind of reaction is pretty common for teenagers. "I'm tempted to say it's almost more difficult for older kids, because they have so many other layers that they're dealing with in terms of trying to understand," she explains. "As kids get older, there's a deeper understanding of all of the dynamics that are at play when it comes to marriages ending and new families forming."

Her words ring especially true as I think back on my first time meeting the youngest of our new step-siblings, Emily. She was around the same age as my sister, and they seemed relieved to have one another, facing all of the familial absurdity with a youthful ignorance I envied. They quickly became each other's best friend and closest playmate, even if the label of "sister" didn't feel quite appropriate just yet. Although her and I had a more distant relationship at first, we were all excited when Emily moved in a few months later, making sure to catch her up on the handful of years she had missed.

This positive instance of blending coincides with what Faber has noticed in her own experience working with kids. She says that oftentimes younger children tend to see things like divorce in more concrete terms, focusing on things like how much time they'll get to spend with each parent. Older kids, on the other hand, may have a harder time with these new relationships, and might even feel guilty for getting close to their step-family out of loyalty to their biological parents. "There's this piece of 'I don't want to disappoint either person,'" she says.

Such was my experience with my two older step-siblings, Sara and Ryan, except I felt guilty for not wanting to bond with them as much as I knew my mom wanted me to. To me, they were already adults, which was especially intimidating as the oldest child. We met for the first time a few days before the wedding, and I remember bracing myself for chaos. I had already made up my mind that if anyone so much as looked at me the wrong way, I was prepared to wreak absolute teenage havoc upon the entire venue to solidify my role in the family.

Related:
I Don't Need or Want My Parents, Because I Have My Sister

Luckily for everyone, I realized that my plans might have been a little premature. Sara and Ryan were quiet and polite, like they were still trying to figure out this whole blended family thing out themselves, and it became abundantly clear that they had their own lives to live anyway. I never thought I'd have such a gentle relationship with my step-siblings, but when the two of them left for home, I was genuinely disappointed to see them go.

Meeting Sara and Ryan altered my preconceived notions about family in a way that I didn't expect. They taught me that you're allowed to take your time in new situations, and that not every relationship has to (or can be) the same, even for family. The relationship I cultivated with them was one that worked for me, and I realized I didn't have to apologize for it. "Any time we try to force something, nine times out of 10 it creates more angst than if we just kind of let things naturally fall into place," says Faber. "Time is a really big healer."

Throughout this wonderfully rocky process, I also grew closer with my biological siblings, which was a pleasant side effect I hadn't anticipated. We learned to rely on each other in new ways and started seeing each other as real people instead of characters in each other's lives. It's a simple thing, but without our inside jokes and exasperated complaints, getting our new step-siblings would've been ten times harder.

To this day our family isn't the normal one I grew up in. It's messy and weird and a lot harder to describe, but it's still mine. True, adding a few people to the family isn't always in the plan, but if you take it at your own pace with the right people by your side, it can be even better than normal.