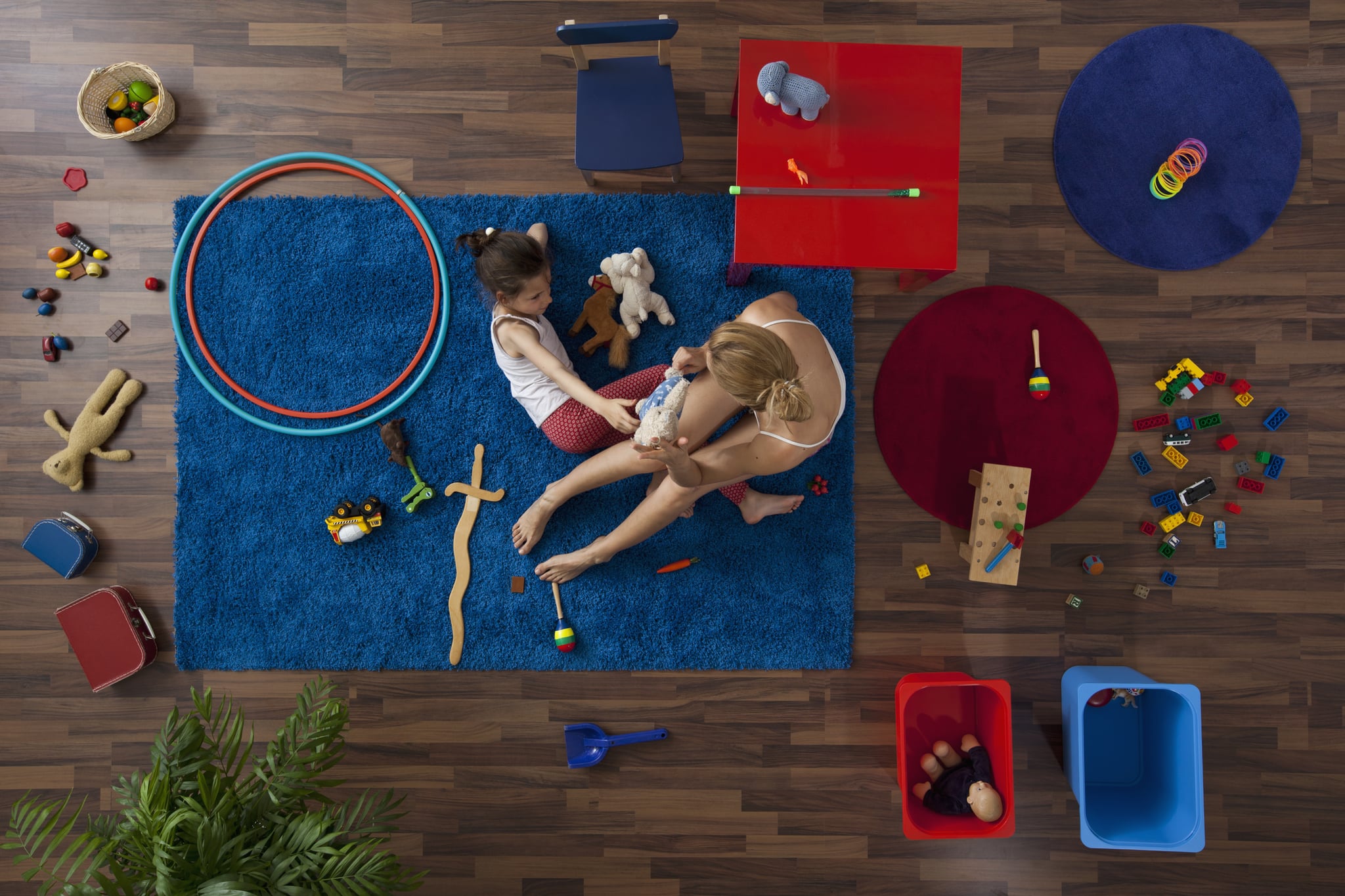 Cleaning my kids' playroom is my Sisyphean task. The problem is obvious: my kids have too much stuff. I tried introducing my oldest to Marie Kondo, but her method is impossible to follow when your 5-year-old is adamant that tiny pieces of scrap paper do, in fact, spark joy. I tried appealing to her sweet side, and explained that there are less fortunate children who would love to have just one of her old toys, and even offered up the idea of having a tag sale, with her being able to keep any money made from her old play things, but she was having none of it. All of a sudden, the numerous tiny Hatchimals that never got any play time once they were broken out of their surprise eggs became her most prized possessions.

At first, it seemed as though I had two options: deal with the constant mess, or stand there like a wicked witch and force her to part with some of her stuff. Then I had an idea: one that would hopefully be both tear and drama free, and I'm happy to say that it has been both.

Related:
30 Beautifully Organized Playrooms That Are Honestly Just Really Nice to Look At

Toys that I know or suspect aren't being played with are moved to shelves or bins that are still in the playroom, but out of the way and easily forgotten. After they sit untouched in their new spot for a week, I move them up to the attic where they're completely out of sight. And once they've been in the attic for a solid month or two, they're either sold or donated.

I've had friends tell me that this wouldn't work for them; that their children would just know if something mysteriously vanished from their playroom no matter how small. But for my kids, out of sight really is out of mind. So while this trick might not be for every family, I can say that it's been perfect for ours. And it's finally helped me gain control over our chaotic playroom.