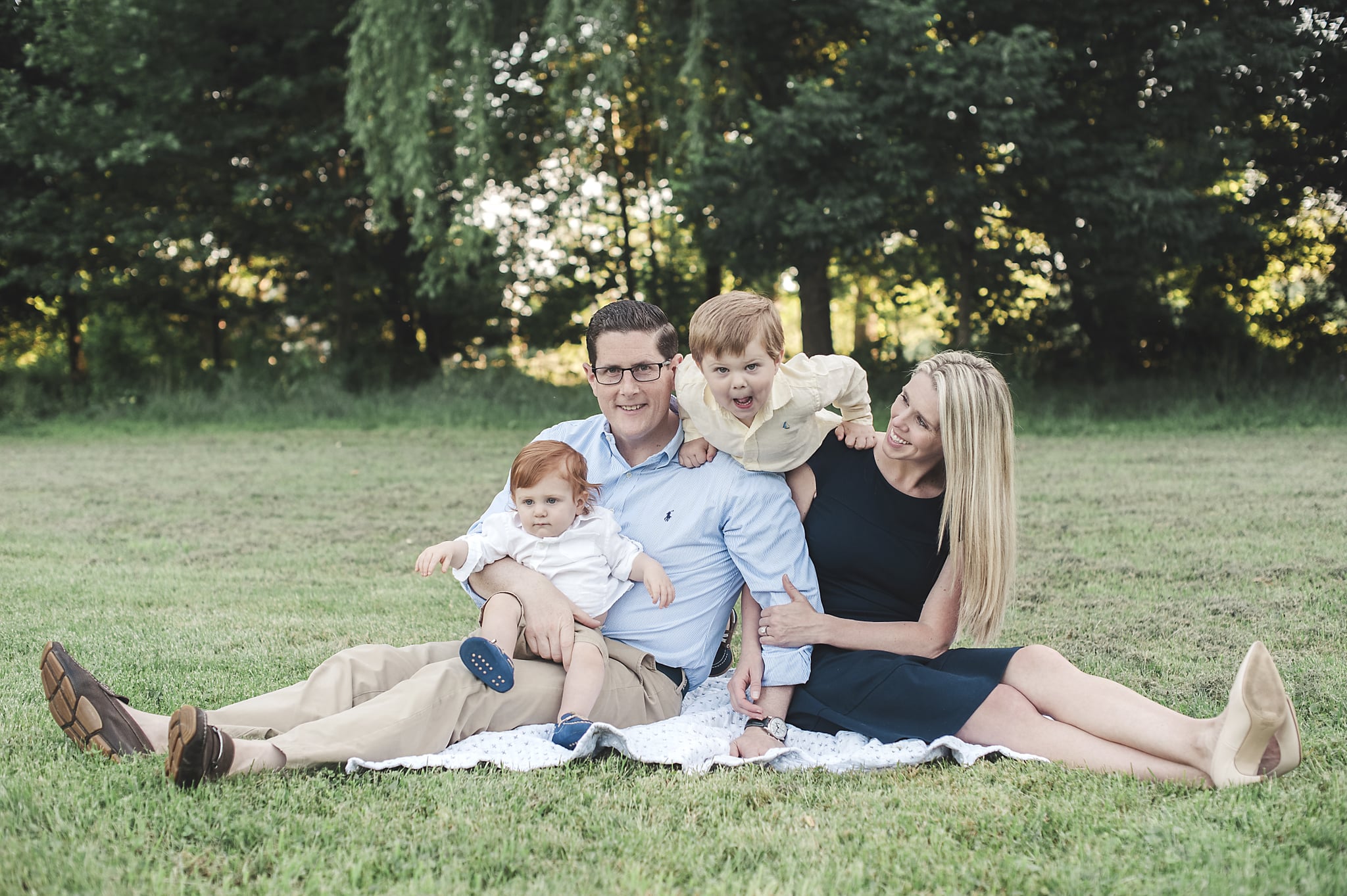 This month marks the seventh anniversary of my husband's diagnosis with Chronic Myeloid Leukemia (CML). Though this journey started in a state of shock, we decided from the beginning that we were not going to let my husband's cancer dictate our future. I was three months pregnant with our first baby when my husband was diagnosed with CML. He was admitted to the emergency room with what he thought were gout-like symptoms. Hours and multiple tests later, the possibility of cancer began to emerge. At first it is shocking and frightening to hear the word "cancer," but learning that it was leukemia (a cancer of the blood) was even more terrifying.

Cancer would certainly be a hurdle, but it would not be a barrier on our course.

Once it set in that cancer was going to play a big role in our story, we knew we needed to accept that fact. From the beginning of our journey, we never wanted to draw pity from anyone — and my husband was adamant that he didn't want to be made to feel weak or allow cancer to affect his daily life physically or mentally. Luckily, he is a very positive person and realized quickly that maintaining a positive attitude would be essential in surviving a chronic disease (especially one that prior to recent medical advances would have turned fatal a few years after diagnosis). We felt we were very lucky that his disease could be controlled. So, for us, the conversation became, "What are we going to do now?" And we know that the answer was to move full speed ahead and live our lives as we had always planned to do. Cancer would certainly be a hurdle, but it would not be a barrier on our course.

Related:
I Was Diagnosed With Multiple Sclerosis and Still Started a Family

We were introduced to our oncologist the day after my husband was diagnosed. Our first concern was to ensure that this diagnosis would not affect the baby I was carrying. We were immediately reassured that CML was not genetic and the baby would be fine. Though my next question caught the doctor off-guard: "How can we have more children?" My husband was also surprised by my boldness, as he was lying on a table awaiting a very painful bone marrow extraction. But I felt as a mother my concern was valid — we had always planned on another child and my husband was about to start a daily medication that was essentially a chemotherapy drug, and we did not know the impact it would have on his body. The frustrating thing we learned was that there was no research done on the effects that the CML drugs had on male fertility. While we were grateful that they could keep my husband alive and help him live a full life, the drugs had first been approved by the FDA about a decade ago, and the majority of the patients diagnosed were past the child-bearing age. The doctors also didn't have any answers, except that freezing healthy sperm before my husband started treatment was probably a safe idea — so that's what we decided to do.

A month later, that leap of faith turned into a positive pregnancy test.

About two years later we met with a fertility doctor and completed one round of artificial insemination. It failed and I was frustrated. I was overwhelmed by the feeling of not being in control, especially after all that had already happened in our lives. My husband sympathized, so we decided to try conceiving naturally and see what happens. We consulted our doctors, and they shared that there was nothing that indicated we shouldn't try. While I did not know if it would work, nor did I know if there were side effects, I knew I trusted my body to do what it was meant to do. A month later, that leap of faith turned into a positive pregnancy test. When my husband told his oncologist he was met with a high five and hug, and nine months later we had a perfectly healthy baby. Although we definitely took a risk, we felt as if we had gotten one up on our cancer — and we were over the moon to welcome our new addition.

We do not often discuss the fact that my husband has a chronic disease, as it has just become another quality that defines who we are as family — like the fact that we are from Philadelphia or all really like ice cream. Friends and family always approach me in hushed tones and ask, "How is he doing?" like they're afraid saying it aloud will awaken the cancer. I always reply, "You mean his cancer?" It is a word most people hate to even say, but it is no secret in our life. The biggest lesson we've learned on this journey is that the best way to live is to acknowledge that we cannot always control what happens to us, but we can control how we react and choose to live our lives thereafter. And for us, this outlook has delivered the most positive outcomes.