Kevin Hart is taking on a serious role — with his signature humor weaved in, of course — in Netflix's upcoming film, Fatherhood. The actor, who also produced the movie, spoke with Jimmy Fallon about his role as real-life single dad Matthew Logelin who faces raising his daughter alone following his wife's death.

"The story is about a man whose life got flipped upside-down. He lost his wife after delivering a baby and was left with the idea of raising a child by himself after suffering one of the darkest moments in his life," Kevin told Jimmy. "And there was a high level of doubt in what he could do — if he could do — and rather than giving up, he had to figure out a way to kind of bear down and stick with what life has thrown at him and make the best of it."

"For me to take on the role it gave me the opportunity to show a Black father in a positive light."

Although Kevin is traditionally known for his humor and comedy roles, it was important for him to take on this serious role for one huge reason. "For me to take on the role it gave me the opportunity to show a Black father in a positive light," he said. "For some time, on the screen, on TV, if we're not getting out of jail or on drugs or off drugs — there's a significant struggle behind the image of a Black father. And I said, 'This is an opportunity to just put it in a space of positivity.' And that was my reason for taking on the role and also challenging myself to go a little deeper in acting. It's a serious story, it's emotional, and it has its waves, so I'm excited about the journey that I'm about to take my audience on."

Related:
If You Get Aladdin Vibes From This Wish Dragon Trailer, There's a Reason!

From there, the interview unravels fairly quickly, as Jimmy and Kevin playfully argue over whether or not the baby Kevin worked with in the film was an actual baby or a fake baby. Kevin says it was a real baby who worked 14-hour days, and their ridiculous banter spirals even further from there. "I'm Kevin 'The Real Baby Work-With-er' Hart," he jokes. See the full interview go from touching to hilarious over the course of two minutes in the video above, and watch Fatherhood when it releases on Netflix on June 18. 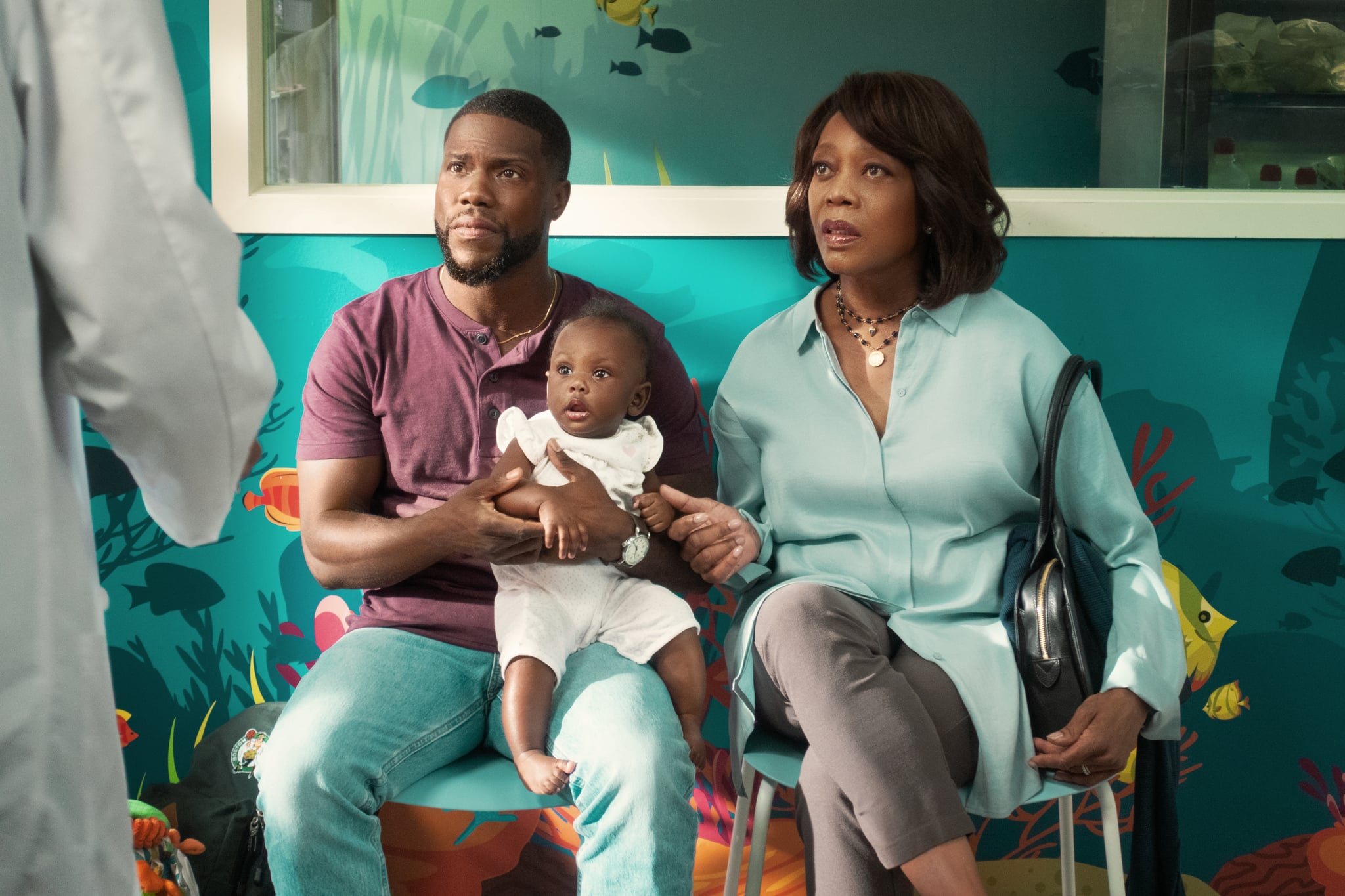