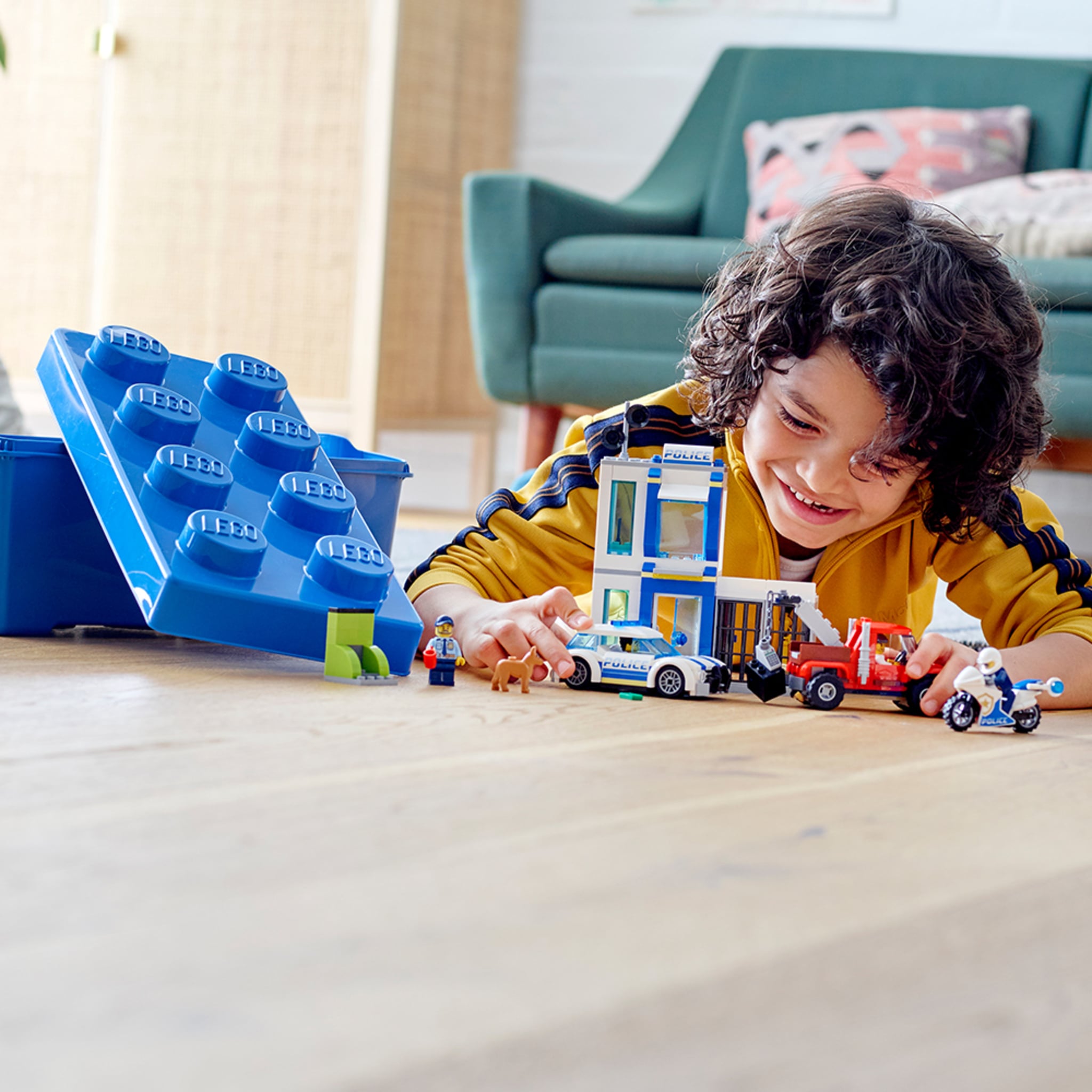 Lego is taking the events surrounding the killing of George Floyd seriously, and not just with a hefty donation.

On Wednesday, the toymaker announced on Twitter that it would donate $4 million in support of the Black community and pledged to send that money to "organizations dedicated to supporting Black children and educating all children about racial equality."

Lego added that "there is much to do," and to that end, the children's brick-building company went a step further.

In an email sent to online retailers that sell Lego sets, the company behind the Lego Movie franchise and Legoland theme parks requested that marketing for certain products be stopped and removed from commerce sites as soon as possible "in light of recent events." More than 30 products were listed in the email, and among them were ones that featured representation of police officers, firefighters, and criminals. Police and fire stations — as well as emergency vehicles like patrol cars and helicopters — were listed, as were mini figures in city police vests and the White House. The email didn't specify how long the products should not be promoted.

Following confusion from sellers, a Lego spokesperson clarified in a statement to CNBC that they "have not removed any sets from sale" and have no plans to halt production of the ones listed.

"The intent of the email was to ask that [members of Lego's affiliate marketing program] pause promoting and marketing a selection of Lego products on their sites. We paused all marketing across our own social channels earlier this week in response to the tragic events in the US."

It's a bold move for any toy company, but the Lego spokesperson made clear the brand's goal: "There is no place for racism in our society . . . Our mission is to inspire and develop the builders of tomorrow and that includes inspiring them to be tolerant, inclusive, and kind."