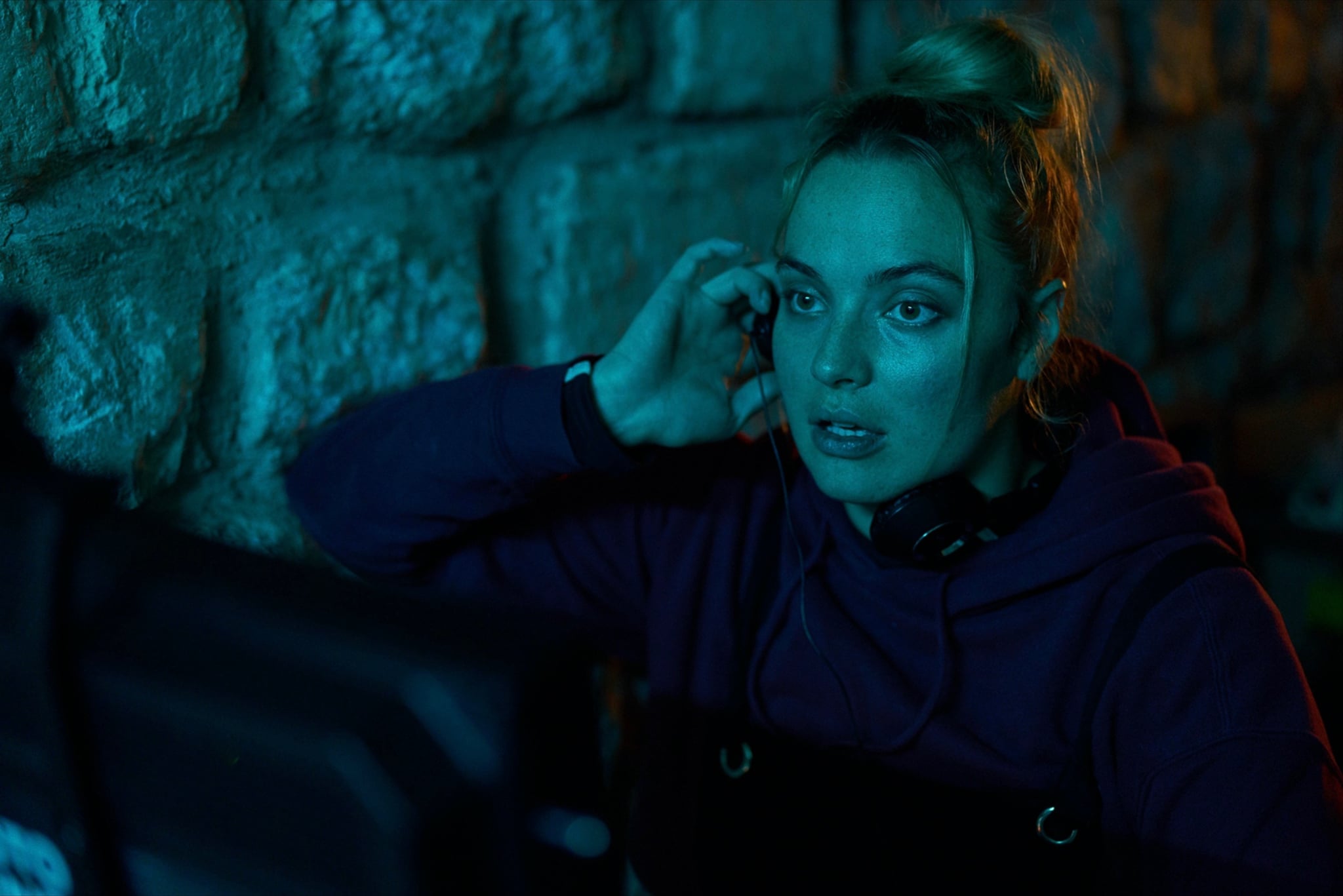 "Dad, I wrote a horror film called Big Kids Play Manslaughter, and I need you to read it." My dad tried his best not to panic at the thought of his daughter writing movies about serial killers before she knew how to drive. I was in eighth grade, sprouting from my princess phase and turning into quite the adrenaline junkie. My father took my script and sat on the back porch. He read it thoroughly, taking his time as I pressed my face against the sliding glass door, watching him read. (Looking back now, I realize I was a truly terrifying child.) I can't remember if he liked it, but even if he didn't, he was the type of dad who would lie and say he did. I'll never forget the look he gave me when a tombstone-shaped trophy landed on our doorstep straight from Hollywood — my script had won "Best Under 18 Screenplay" at the Shriekfest Film Festival. High fives were handed out that day, but I still think my father didn't quite know what to make of my newfound hobby.

The dream was clear from that point forward: I wanted to be the next Eli Roth. Despite this being a truly bizarre goal for a young woman in Colorado, my dad was all in. Horror-themed birthday parties, haunted-hotel stays, weekend strolls down the horror aisles of Blockbuster (RIP), he supported me through it all. He even went so far as to provide the location for my first horror film, starring every kid in the neighborhood.

A dads' club formed in the midst of this, comprising neighborhood fathers who chaperoned these monthly festivities. I must admit, the memories of what we put these men through growing up makes me cackle. I can still hear my dad wondering out loud, "Our kids are pretending to kill each other . . . should we be worried?"

My father understood that making films was all I wanted to do. His 30 years of being a professional photographer set him up to be quite the dreamer himself. "I want to be a filmmaker" rang in my father's ears the same way it would if I had professed my desire to be a doctor. In the Bollig household, art was literally our livelihood — and it's how my father and I connected. I really don't know where I'd be without that encouragement. Pursuing any kind of dream takes a blind sense of confidence that's usually built on the pillars of parental support . . . or the dreamer's relentlessness — both are great in different ways.

Related:
When I Felt the Most Alone, My Dad Taught Me to Be My Own Best Friend

Can you believe that? The day of my brother's death, and my dad was worried about me not feeling loved enough — that's what type of father he was.

My dad showed up to my college graduation in the pouring rain with his Nikon and the widest lens he had, so excited to commemorate the event. It was a bittersweet time for us as my brother had passed away three months prior, and we both wished he was there. Despite the ache in our hearts, my dad wanted me to know it was my special day and that nothing was going to bring us down. He said something similar the day my brother died. We were riding in the back of a car together, and my father turned to me and said, "You know, you are so loved." Can you believe that? The day of my brother's death, and my dad was worried about me not feeling loved enough — that's what type of father he was.

It's hard not to want to make your parents proud no matter who they are. It's written in our DNA. But with my father and with the amount of loss we went through, now more than ever, I was on a mission. One month after my graduation and with my father's support, I set off to California to ensure the dream my dad had helped me build my life around would be sought through. Then the big one hit. The news that would bring all this forward momentum to a sudden halt: my father was diagnosed with dementia.

I feel naive even to this day for not completely understanding what that meant. It never fully hit me that when someone has dementia, it will eventually kill them. I didn't understand this until the day my father actually died.

Related:
My Dad Taught Me to Have Perspective, and It's Completely Changed How I Think

I wish I could say that my father saw my first film, but he never did. My directorial debut, Asking for a Friend, began filming in January 2019. By this time, my father was in a nursing home and unable to travel. May 21, 2019, my aunt called me with the news that my father's kidneys were failing and that the doctors didn't think he would make it through the week. I was on a plane the next morning.

I didn't make it. Not three minutes after touching down in Denver, my aunt called me to inform me that my father had passed away that morning while my plane was still in the air. I remember the looks I got after sitting on the floor in the middle of the airport sobbing. I'd lost my father. He was gone, and I wasn't there to say goodbye.

True horror only works when you have something exceptional to lose . . . but horror is also how we make it through.

And with this, my father left me one final lesson of horror. One more nugget of gold before he decided to sit in the balcony seats with my brother. I thought I knew what horror was. I thought horror was zombies, monsters, and vampires. I thought horror was Christian Bale dancing behind Jared Leto with an axe. But when my father died, I learned that true horror is telling your father his son is dead. True horror is seeing a loved one in a casket, cold and sunken. True horror is facing this world without your team, your confidants, your creators. True horror only works when you have something exceptional to lose . . . but horror is also how we make it through. It's about love and shining the light through the darkness — providing a journey to the other side.

I made a choice that day: Asking for a Friend and every film I made after would be my goodbye to my father. They would be the films my father raised me to create. I would forever be creating with a purpose and as an ode to his love and support. In a way, this is my superpower as a filmmaker. I recognize how lucky I am to have had so much to lose early in my life; I had a father who loved me, who supported me, who gave me something to lose — but also something to hold on to.