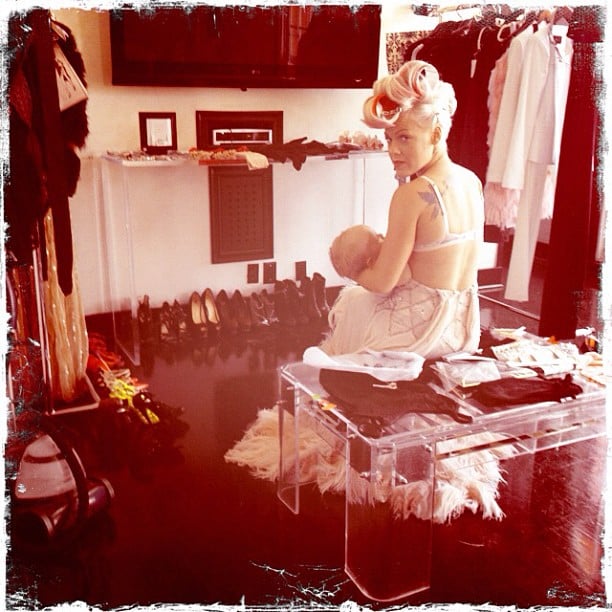 She Voices Her Support For Public Breastfeeding

More of a hippie mom than she even realized herself, Pink has become a vocal supporter of both extended and public breastfeeding. Aside from tweeting a since-removed photo of herself breastfeeding, she related a story of an encounter she had with a man who showed disdain when she nursed in public. She told a British talk show:

"I had a cover on and this guy walks by, and he was like, 'Ughhh.' He was just disgusted. I was like, 'You didn't get enough hugs when you were little.'"

Her husband, Carey Hart said, "You're starting fights in restaurants." And Pink said, "I will. I will fight. Hold my baby! I think breast-feeding is healthy and natural and it's a comfort to my baby."

Black Women
Tia Mowry on Her Father’s White Privilege: “It Was Very Clear to Me”
by Alessia Santoro 1 day ago

Ciara
Ciara Shares a Prayer For Her Son Following the Killing of George Floyd: "It's Time For a Change"
by Kelsey Garcia 8 hours ago

James Corden
Staying Home With 3 Kids, James Corden Says, "It's Hard to Know Who's Being Homeschooled"
by Kelsey Garcia 5 days ago