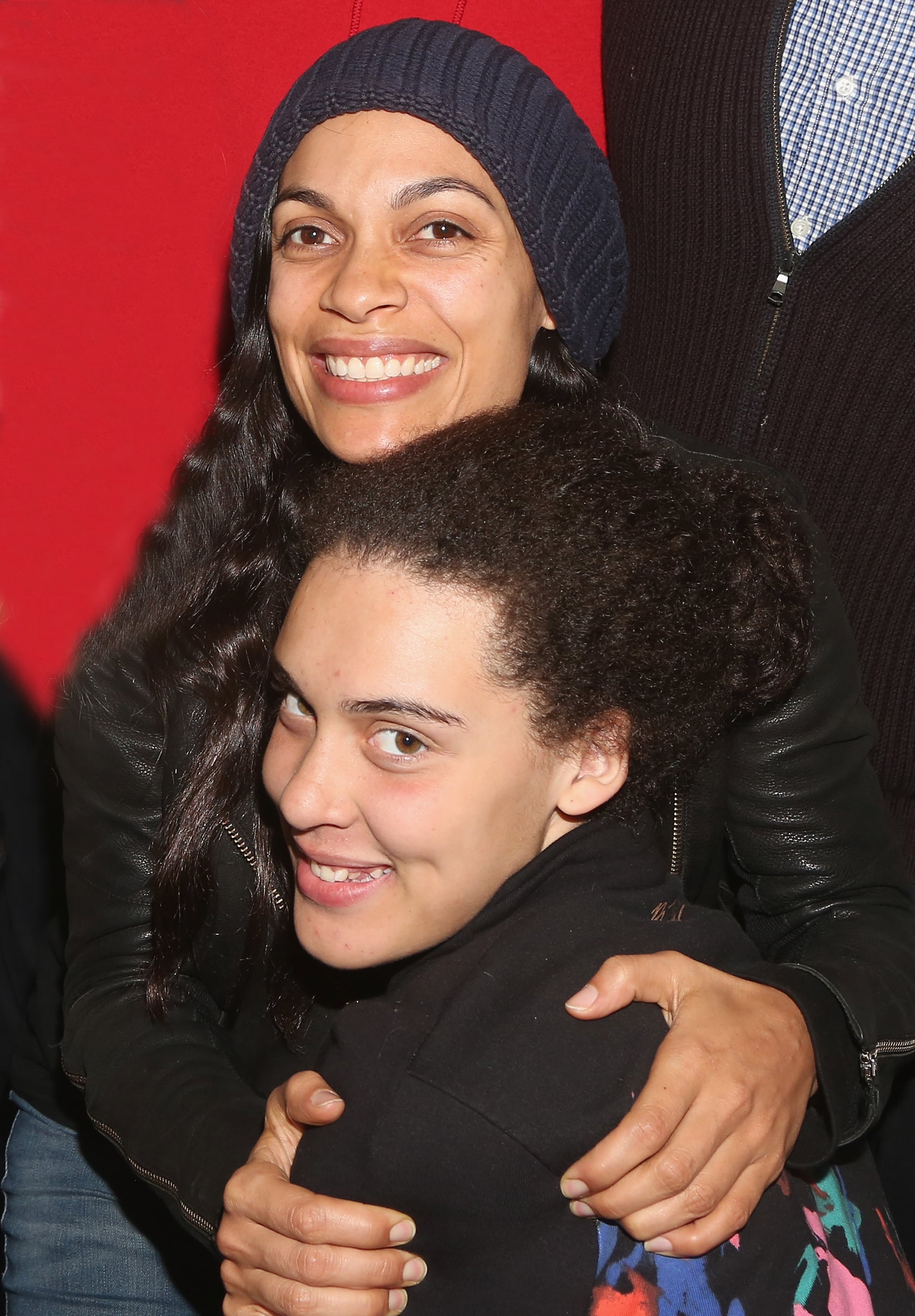 Actress Rosario Dawson is opening up about her experience adopting her 17-year-old daughter, Lola. In a recent interview with Health, she shared what it's been like watching Lola — whom she adopted at age 11 in 2014 — come into her own.

"I'm grateful for her development, our maturation, and our connection. She moved in [with me] at 11; she's 17 now and going to be 18 soon," explained Rosario. "To have a young person move in with you and to have to really consciously work through triggers and that kind of stuff is a really different thing than being pregnant and having your baby grow up in front of you—to be able to see how we're getting closer and closer. We are a family, and it's beautiful."

Related:
A Dad Has Been Impersonating His 12-Year-Old on TikTok, and His Mannerisms Are 10/10

To help Lola navigate the ups and downs of teenage life, Rosario made her daughter a standing therapy appointment. "My daughter has had therapy most of her life through foster care and stuff," she said. "I've done weekly therapy with her starting at the age of 11. I have had it in my life, but it hasn't been specific to me and my personal needs."

"It wasn't even a question; it was clearly meant to be—she's my kid."

Rosario said that she's been open to adoption ever since finding out that her dad wasn't her biological father at age 5. After acknowledging that the revelation was "super shocking," Rosario shared she never had a relationship with her biological father, who died in 2011.

"It was a lot to take in, and I recall thinking, 'What if my parents hadn't met, and I was older, and no one wanted to marry my mom because she had an older kid?' I remember vividly back then saying that when I was older I was going to adopt an older child," she explained. "With my daughter, I didn't go to an adoption center or anything like that. My family knew her biological mom, and when we found out she was in foster care, we looked for her. It wasn't even a question; it was clearly meant to be—she's my kid. It's wild to think I manifested this when I was younger."