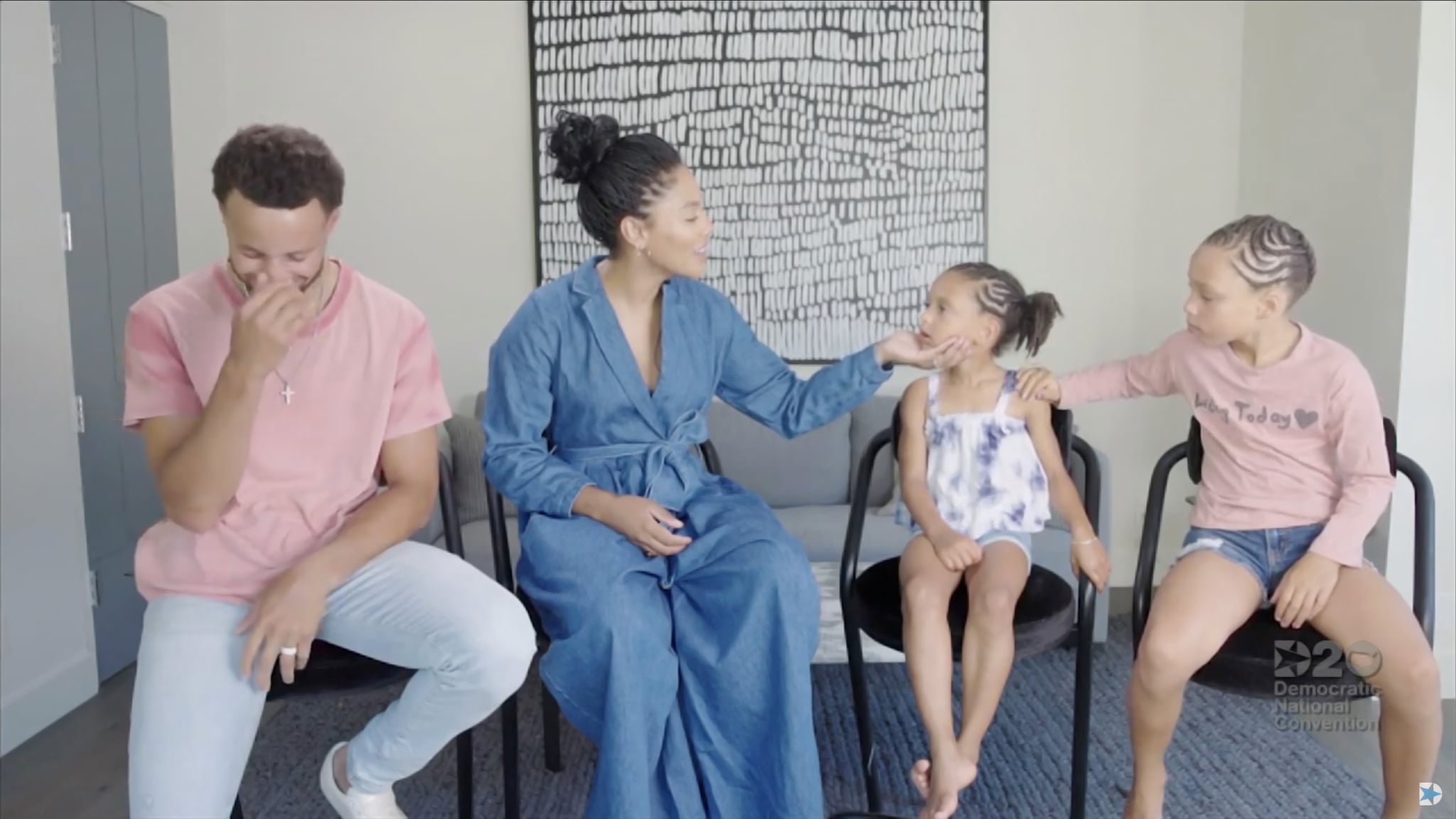 Steph and Ayesha Curry were joined by their daughters Ryan and Riley in a candid family conversation during the 2020 Democratic National Convention on Thursday night. The parents asked their girls simple questions about politics and race ahead of an especially important upcoming election, and the kids' responses were adorably pure.

When the NBA player asked his daughters what the job of a president is, big sis Riley answered, "To keep the environment safe," while Ryan said, "To tell what happened to the world." Riley also smartly explained that she would like to see someone with a "kind personality" lead the country, and "take care of the Earth and the people." After the brief game of trivia, Ayesha and Steph endorsed Joe Biden for president, adding that people should think about their own homes and "what [they] want to see projected out into the world." Ahead, check out the full segment of "Keeping the Faith W/ the Currys," and bask in the cuteness that is the Curry kids.

Steph Curry, Ayesha Curry and their two daughters have a candid conversation at the #DemConvention.

"Do you know what the president's job is?"

Family Life
Is It Ever Safe to Show Your Kids' Faces on Social Media?
by Andi Breitowich 18 hours ago