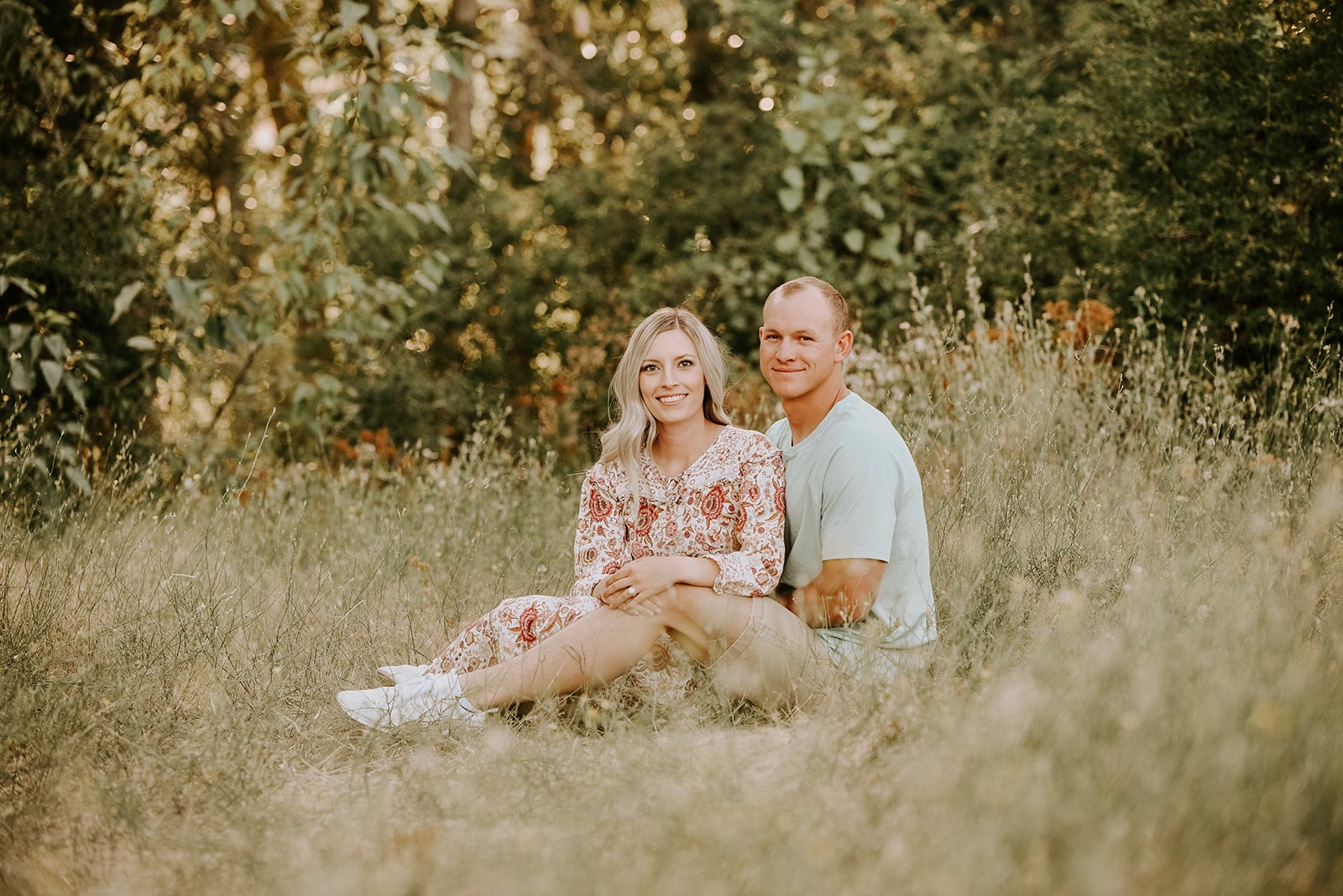 After giving birth to her son Camden in 2018, Emily Chrislip knew she wanted to become a surrogate. Once she discussed her wishes with her husband, Brandon, she formally began the process in Feb. 2019. She worked with an agency and officially became a surrogate for a couple in China later that year. However, no one foresaw how COVID-19 would instantly impact both families. After giving birth in May, Emily and Brandon have been caring for the baby girl for four months, as her parents cannot travel to the US yet.

"I have seen family members and friends struggle with getting pregnant, and my husband and I were blessed to be able to have our own child really without any struggle," Emily told POPSUGAR of her decision to become a surrogate. "After having Camden, we could not imagine what we would do without our own biological child. My pregnancy and delivery was very easy and uncomplicated with Camden, so we decided to start looking into surrogacy to help another family live their dream."

Related:
When Will My Family's Life Return to Normal? An Epidemiologist Provides the Possible Timelines

Although Emily and Brandon weren't sure what to expect when it came to acting as a surrogate for a couple who lives on the other side of the world, they jumped right in. It's also not uncommon for Chinese families to hire American surrogates, as surrogacy is "technically illegal" in China.

"At first, we were uncertain about how it would all go. Were we going to have the same interests? Were we going to be able to connect and bond at all? Both of the parents speak English, but I mostly communicated with the father," she shared. "The family is just like us, they just happen to live in a different country. The time difference did make it difficult to carry on conversations sometimes, though."

"We had to set boundaries for ourselves, and we wanted to be careful of the level of attachment."

According to Emily, the entire surrogacy process was going swimmingly until the pandemic hit. "It did not even occur to me at first that we and the parents were going to be affected until some coworkers had brought it up," she said. "The agency really helped in keeping it smooth and making sure that everything worked out for everybody. We had a lot of conversations!"

Four months later, the Chrislips are doing everything they can to care for the baby while staying in close contact with her biological parents. "We keep in touch through the WeChat app," explained Emily. "We text and do video chats. We talk at least every other day. I try to send them as many pictures and videos of the baby as possible. With the time difference as well as each party working, we manage to make it work well in my opinion."

Emily continued noting that despite the roughly 14-hour time difference, she and Brandon try to keep the baby's parents as involved in the day-to-do decisions as possible.

"I try to ask them a lot of questions and they do the same! They are first-time parents and trying to do that from afar is no easy task," she explained. "I honor their wishes and treat her as I would my child. The proper love and attention is so crucial at this age. At least when babies are this age, their needs are very simple, so there is not as much 'parenting' involved as if she were 2 or 3 years old. Thanks to Amazon, they can just order things and have it sent to my house for the baby, so it makes it very easy to have them involved with getting her toys and clothes, etc."

Fortunately, taking care of the baby has been easier than Emily initially thought. Although Emily was understandably apprehensive at first, setting firm guidelines has made caring for her much easier.

"We had to set boundaries for ourselves, and we wanted to be careful of the level of attachment," said Emily. "She is such a sweet, happy, and easy baby that she makes it easy to take care of her. I kind of view her as a cousin's child. We love her and will always care for her, but she is not ours! She only cries when she is hungry and sleeps through the night, so her parents are lucky they have a really great baby!"

Related:
Why This Doctor Went to the Front Lines of the COVID-19 Pandemic — Even Though It Meant Upending Her Home Life

Given the travel restrictions, Emily and Brandon aren't sure when the baby will be properly united with her parents. However, they're determined to do whatever they can to make the process as seamless as possible. "Currently, there is still no plan. Her parents are waiting for some travel documents to go through, I believe," she said. "I could only imagine what her parents are going through, and I feel like we were the best people for the job of taking care of her until she can be with them."