Making excuses for your missteps is so last year — in 2021, all you have to do is repeatedly say "no" when someone calls you out for doing something wrong. Just take it from TJ, a 2-year-old who's winning over the internet for passionately refusing to admit he ate his family's cupcakes, despite being covered in frosting.

In a video first shared on TikTok, TJ's dad, Tyrell Fulwood, asks his son, "Who did this, TJ? Did you do this?" while the camera pans over to a container of partially licked chocolate cupcakes. With white icing smeared across his face and hands, TJ vehemently denies being the dessert swiper by uttering one wide-eyed "no" after another. Meanwhile, his older sister Madelyn's eye roll can practically be heard through the screen as she says, "Yes, you did." At one point, Tyrell even exposes TJ's methods by showing how his toddler pushed a chair up against the cabinets to reach for the mini cupcakes in question as they sat atop the kitchen counter.

Related:
This 6-Year-Old Is Melting Hearts For Teaching His Brother How to Breathe Through a Tantrum

When Tyrell posted the all-too-relatable video on TikTok, it quickly racked up more than 2 million views on the platform, in addition to thousands more hits across Instagram and Twitter. Some amused celebrities, including Jada Pinkett Smith and Tina Lawson, also shared the clip on their own pages, leading many viewers to rally behind TJ's innocence. "All I see is circumstantial evidence. That icing on his face could've come from anywhere. He's innocent," one commenter joked. Heck, someone even remixed Tyrell's video to transform TJ's spirited negation into a trippy song. The internet had time this week, OK?

Tyrell admitted to POPSUGAR that he's "surprised" and "still shocked" about his son reaching viral stardom, and he offered some advice to any parent whose child gets into similar shenanigans. "Coming from a family with four children, I've learned as a parent [that] all of the children are different," he said. "There is no cookie-cutter, one-size-fits-all parenting style. Pay attention to your children's natural behaviors, then parent accordingly. What's not showed in the video is the conversation about telling the truth."

Oh, and he also shared the below photo of TJ posing with his favorite treat sans icing on his chin — does it get much sweeter than that face? 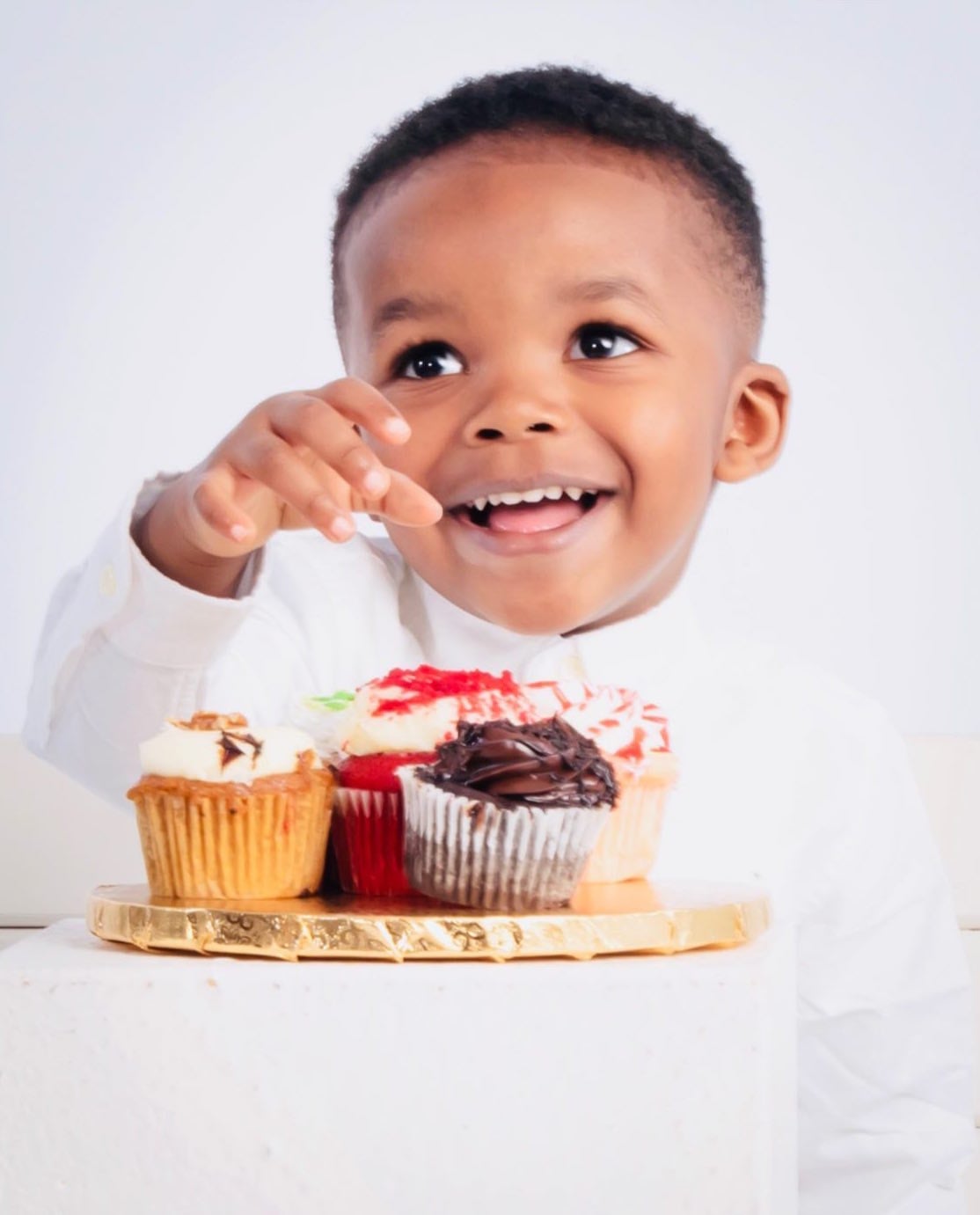