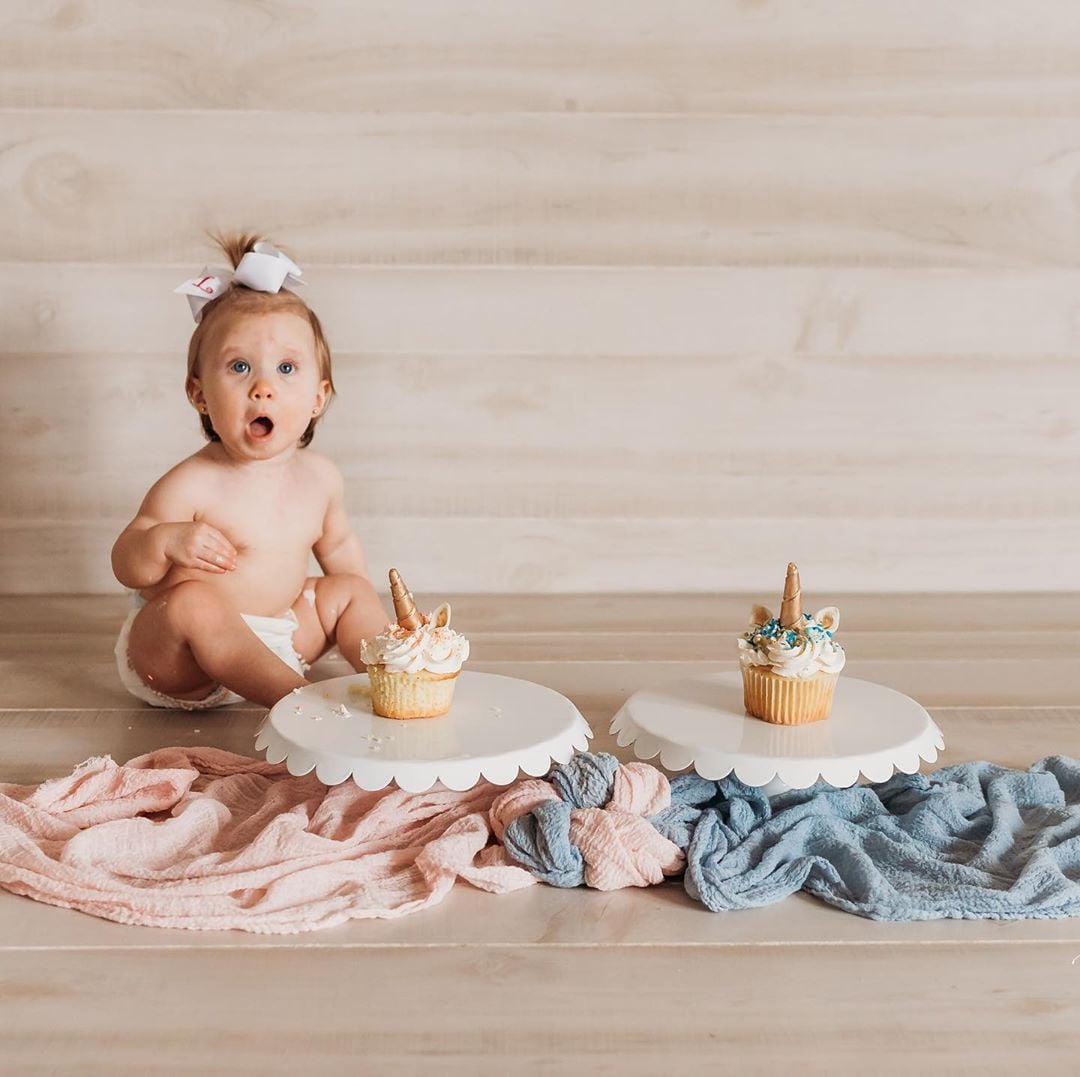 One year ago, a photo of a newborn baby went viral. In the image, the little girl named Leti was wrapped in pale pink swaddling cloth that was knotted up with an empty blue swaddle — a symbol for her late twin brother, James.

The moving portrait garnered hundreds of thousands of shares online, likely because it so beautifully evoked the idea that joy and loss can go hand in hand. The happiness that comes with new life can sit right next to the grief that comes with heartbreaking death.

Photographer Jessica Young, who orchestrated the original photo shoot, has given us another powerful image to hold dear now that Leti has reached a momentous milestone. She's nearly one year old!

"Can you even believe it?!" Jessica wrote on Instagram. "We honored her twin brother James in her newborn photos and had to do it for her one-year photos, too."

In the new photo, little Leti is sitting, clad only in a diaper, behind a delicious unicorn cupcake. Jessica payed homage to her original portrait by also including one more cupcake in honor of James. She once again used those beautiful knotted swaddles to further evoke the twins' bond, as if to say they'll be connected no matter what.

Take a look at the sweet pic, and compare it to the original, ahead. 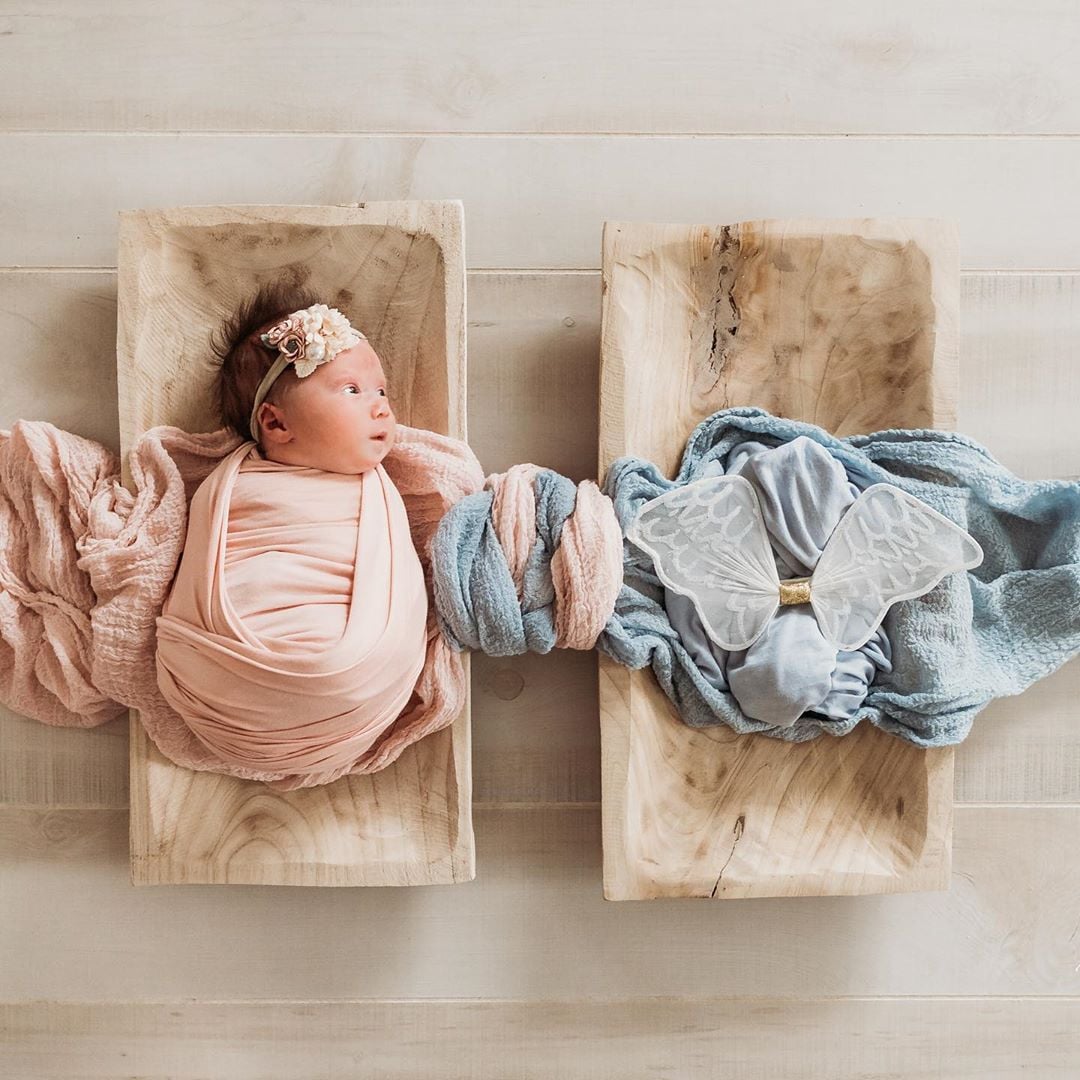 Celebrity Trainers
Peloton's Jess King on Her Pregnancy Journey: "I Had No Idea What I Was Up Against"
by Jess King 6/29