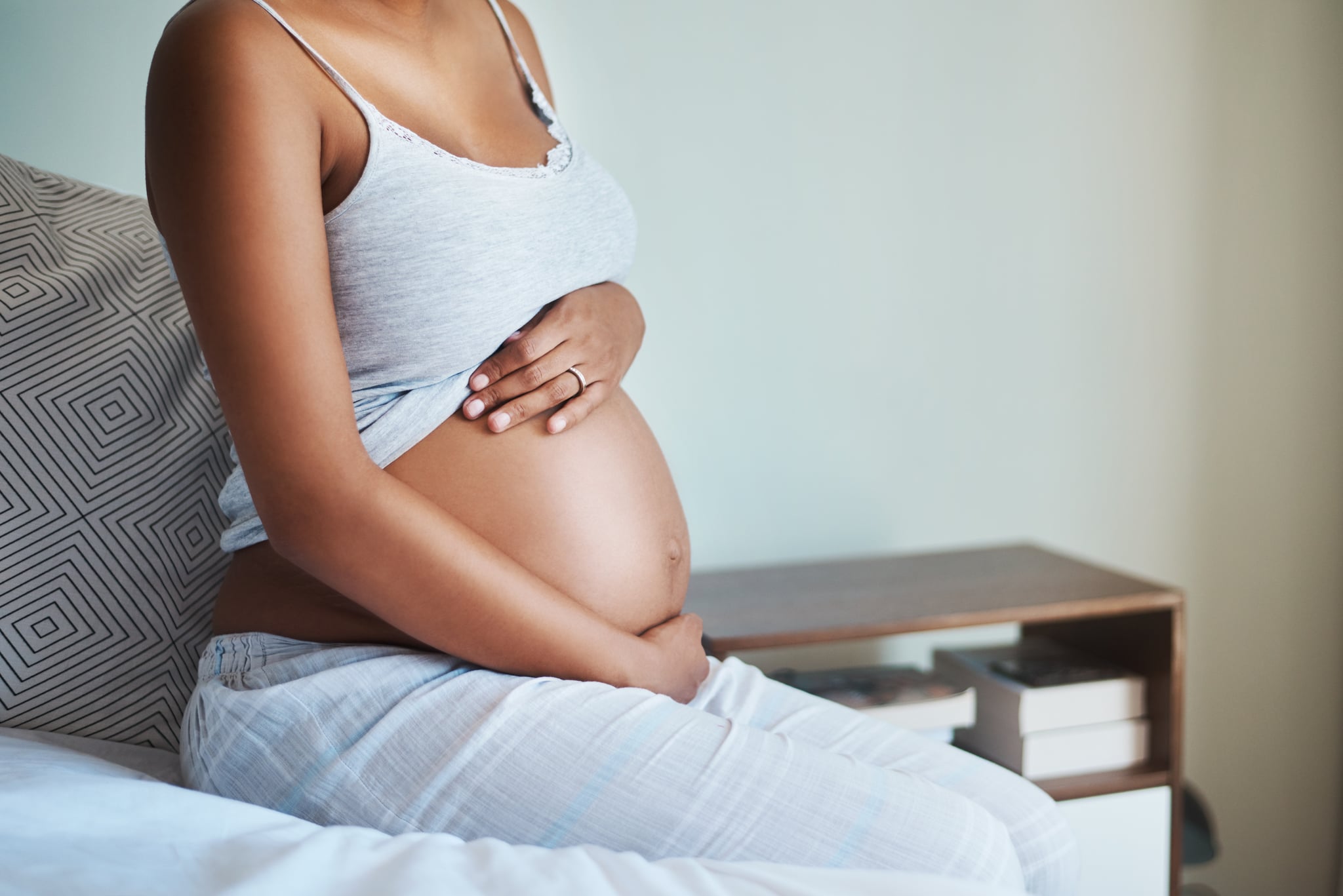 Pregnancy is chock-full of new bodily experiences, some more pleasant than others. Of course, feeling your little one kick for the first time and hearing the heartbeat during an ultrasound are magical for soon-to-be parents, but dealing with something like Braxton Hicks pains can be incredibly nerve-racking. According to the National Center for Biotechnology Information (NCBI), Braxton Hicks pains are due to the "sporadic contractions and relaxation of the uterine muscle." And while these specific sharp pains don't mean the labor process has officially begun, they can still be uncomfortable.

If you're a soon-to-be parent, read ahead to get all the answers to your questions about Braxton Hicks contractions. However, be sure to consult a medical professional if you are currently in pain or have further questions personal to your pregnancy.

Related:
Postpartum Care Was a Problem Before — Here's What It's Like During a Pandemic

When Do Braxton Hicks Contractions Start?

Where Do You Feel Braxton Hicks Contractions?

Although the sensation can be unfamiliar and uncomfortable, Braxton Hicks are normally felt in one specific area. According to NCBI, false labor pains are often only felt in the front of the abdomen. A soon-to-be parent who is in true labor would also experience contractions and pain "in the midback and wrap around the abdomen towards the midline."

Related:
The 51-Year-Old Mom Who Acted as Her Daughter's Gestational Carrier Gave Birth

According to the American Pregnancy Association, some midwives and doctors believe Braxton Hicks pains tone the uterus and prepare work to provide blood flow to the placenta. There isn't one specific reason Braxton Hicks contractions may occur, but many people experience them under the following circumstances:

Related:
My Period Didn't Return After Childbirth, Thanks to a Rare Disease I Didn't Know I Had

While it can be hard to distinguish between true labor and Braxton Hicks contractions, keep in mind that false labor pains are felt in the abdomen region, and they come and go. "These contractions do not get closer together, do not increase in how long they last or how often they occur, and do not feel stronger over time," according to the Cleveland Clinic. "They often come with a change of position and stop with rest."

On the other hand, true labor pains can vary from person to person. In general, true labor pains can last anywhere between 30 and 70 seconds and will continue from there, despite changing positions or resting. "The way a contraction feels is different for each woman and might feel different from one pregnancy to the next," the Cleveland Clinic's website says. "Labor contractions cause discomfort or a dull ache in your back and lower abdomen, along with pressure in the pelvis. Some women might also feel pain in their sides and thighs. Some women describe contractions as strong menstrual cramps, while others describe them as strong waves that feel like diarrhea cramps."

Wellness
My Wellness Manifesto? Learn How to Choose Yourself
by Fariha Róisín 10 hours ago

Wellness
Welcome to the Sad Girls Club, Where It's OK Not to Be OK
by Alexis Jones 13 hours ago