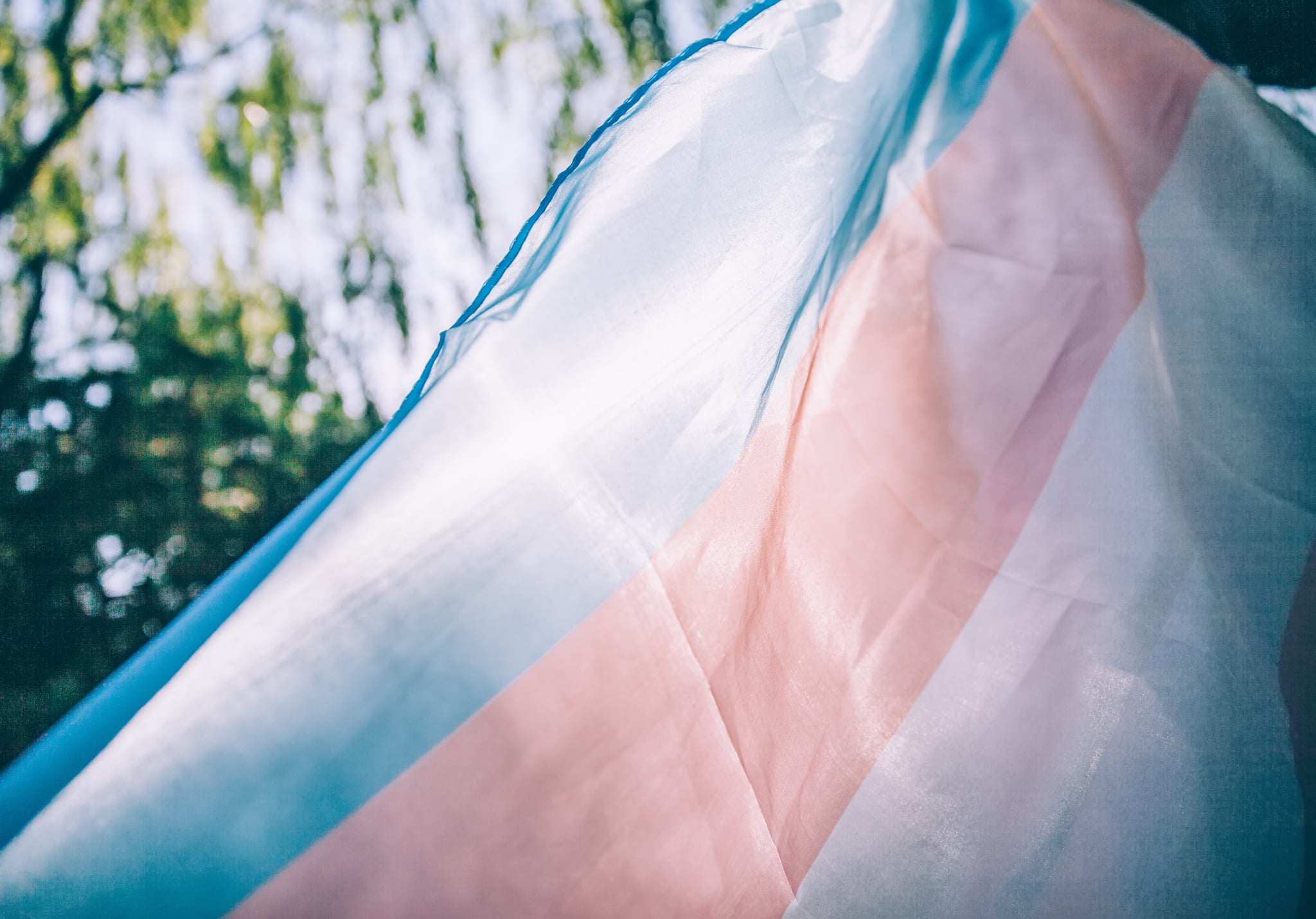 Parents of transgender kids always seem to find each other, and when we do, there's an instant, almost comedic connection in how similar our journeys are. How often we hear the exact same comments and questions — whether from strangers, family, or friends; well-meaning or not so well-meaning. And we get it. For many folks, gender identity is often misunderstood or seen as a new concept (even though we all have one).

The thing is, most folks never have to think about their own. For those of us parenting trans kids, we have to think about gender identity all the time, everywhere we go. Simple trips to new places become centered around floor plans and nearest public bathrooms, including male, female, and unisex. Because we have to judge, often last minute, which one looks like it would be the safest bet for a trans person in that particular moment. And then there's the many different questions and comments to contend with. The banter we find ourselves navigating can get . . . well, kind of personal. Even more so when questions seem to come out of left field or catch us off-guard.

It's in these moments that we're glad to have fellow "trans-parents" among our chosen family. Our battles and celebrations are specific and unique to this community. Sometimes, we just have to share a laugh over some of the more intrusive queries we receive — like, things you'd never dream of asking the parent of a cisgender kid. Questions about genitals. And drugs. And surgeries (which aren't even applicable to trans children). But it's not always a laughing matter, especially when we get carelessly labeled with some serious, even dangerous, accusations. Like false imputations of "child abuse" that keep resurfacing online, and especially, debunked pseudoscience myths, and flat out lies that continue to get perpetuated, largely through social media.

I think I can speak for all parents of trans kids when I say this: we've heard all the things. There isn't a single question someone could ask us that we haven't already spent countless hours and sleepless nights questioning, worrying about, or even agonizing over.

Related:
A Mom With a Transgender Daughter on What's at Stake This Election: "These Are Human Rights"

Here's the thing: many of us initially fought this chapter of parenting tooth and nail, assuring ourselves that our children were just seeking attention or that this was a phase that would pass. This primal instinct to deny, at least for many of us, is all about protection. It's not because we don't want to accept our kids as they are — it's because we know how cruel the outside world can be, especially to an already misunderstood and marginalized community. No parent wants to have their child subjected to that cruel portion of society. The small but loud portion who choose to remain willfully ignorant despite the plethora of information we now have available at our fingertips. The portion who wouldn't think twice about using transphobic slurs or physically assaulting trans people, just because they happen to not understand it. We fight against letting our kids live authentically because, simply put, we're scared.

But then maybe we do some research, or someone is thoughtful enough to show us some statistics, like, the shockingly high attempted suicide rates of trans adolescents, especially those who aren't accepted or allowed to express as their authentic gender identity. And then, whenever we do get on board, we realize that nobody, not even our pediatricians, understand what we're going through or what we should do next. Thus, we end up educating ourselves, usually in private — reading books, books, and more books. All the books. Seeking research, resources, and position statements from leading medical and psychological organizations. Googling well into the wee morning hours, often alone and afraid. After years of this kind of digging, and talking to professionals, and learning, what emerges is a parent who's prepared to be an advocate. And as I frequently say, there's no way to be a silent advocate.

It suddenly becomes our job, as parents with firsthand expert knowledge, to educate the pediatrician, or the therapist who doesn't specialize in gender identity or LGBTQ+ issues. We have to show the way for the classroom teacher who's never had a trans student before, as well as the guidance counselor, the principal, the school data manager, or the substitute teacher who might inadvertently deadname our child. For all the people who might "out" these often quiet, sensitive kids in an irreversible, devastating way. The swim team, gymnastics, little league, or soccer coaches. The Girl Scout leaders. The dentist who wants to show my assigned-male-at-birth child to the "boys" treasure chest when my child has absolutely no interest in anything for "boys." The fast food cashier who asks me, in front of my child, if I've made a mistake when I answered that question — the one that I had no idea how often I'd answered until I answered it for a trans kid, the question that became the bane of my existence: "Yes, that's correct. We'd like the girl's happy meal toy." Ridiculous in this person's eyes, I suppose, because my child still looked like a boy. And in the minds of most people (more than we'd like to think), "What little boy could possibly want a My Little Pony toy?"

Related:
Why This Mom Supports Her Trans Teen Advocating For Her Community on Her Own Terms

These are all things I took for granted with my older two kids, a boy and a girl. These things were not even on my radar, so I can understand why they may seem like non-issues to parents who aren't raising trans kids. But that's the thing with social privileges; they function in ways largely invisible to us. We're programmed to not notice them until they no longer work in our favor, until they're no longer considered the "default norm" status in our society.

My brave child decided to start socially transitioning in 2016 (throughout 5th grade, in a public school) — switching from wearing "boys" clothes to "girls" clothes, not just at home, but at school, too. Growing a long head of hair that could be braided, and long fingernails that could be painted bright pink. That same year my husband and I founded a program through our local LGBT Center for trans youth and their parents, because there wasn't one in existence already (and there needed to be). I know, because over the years our monthly turnout, on average, was more than we could've ever envisioned. Over four years, we ended up welcoming hundreds of other supportive parents raising trans kids. They came from our own community as well as from other cities. A few times we even had some from out of state, much to our surprise. The one thing we consistently heard from these parents was how thankful they were that a group like this even existed — how glad they were to have found us, to finally know they weren't alone in this sometimes scary and unsteady journey.

After four years of running the program, our child aged out and my husband and I simply couldn't keep up the pace anymore. But after meeting so many others like us along this journey, here's what I know for certain: Parents of trans kids are not child abusers. We are not narcissists "forcing our kids to perform" for some kind of fame or monetary cash-in (which doesn't exist). We are selfless, unsung heroes. Not because we know how to advocate or fight for basic human rights, but because we exemplify the act of unconditional love.