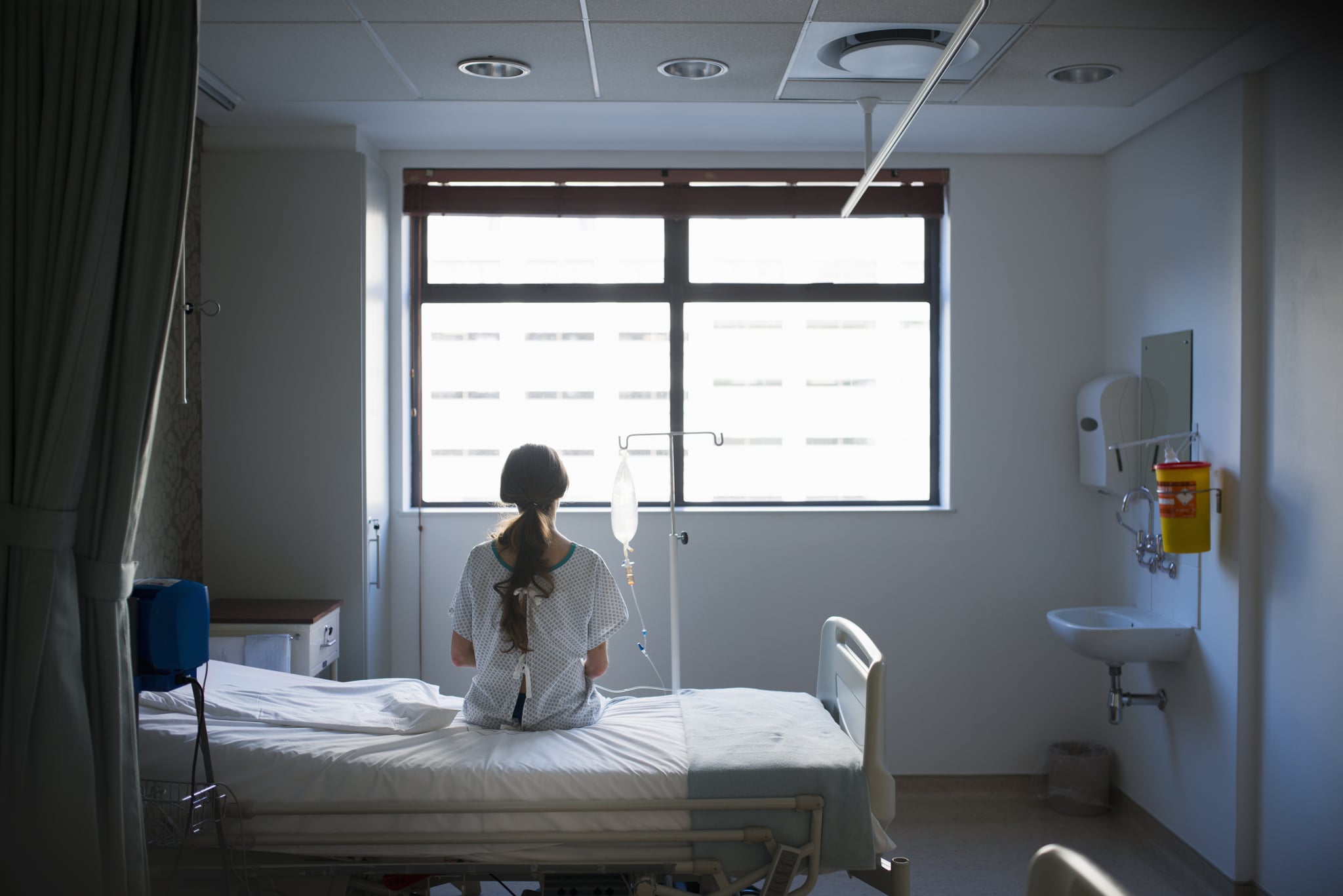 Warning: this essay contains a detailed account of pregnancy loss that may be triggering for those who have experienced pregnancy trauma.

Most women are aware that miscarriage is common. According to March of Dimes, as many as 15 percent of pregnancies end in miscarriage. We probably all know someone who has suffered a miscarriage. But before it happened to me, I had a completely different picture of what going through the actual loss would be like, not just emotionally, but physically. When a close friend suffered an early miscarriage not long before I did, she described having "not a little" amount of bleeding, and quietly bearing the experience at home with the support of her partner. Maybe that's why I was completely unprepared for what would happen to me during a traumatic miscarriage just weeks later. I had no idea it was possible to end up in the hospital, being prepped for a possible blood transfusion just hours after my bleeding began, or that I'd suffer through this dehumanizing experience completely alone, since I happened to have my loss during the COVID-19 pandemic.

It all started out of nowhere — something else I had no idea could happen. One minute everything was fine, and the next, I felt a gush of fluid in my underwear. I went to the bathroom just to be sure everything was OK, assuming I'd see clear discharge. But it was bright, red blood. Despite this alarming sight, I still figured this was spotting, and probably no big deal. I called my doctor, who told me to park it on the couch. After resting for a few hours, not much more had happened. But around bedtime, everything fell apart. Slight cramping led to not-so-slight cramping. The discomfort, and then severe pain, was accompanied by much more bleeding, but this time, it didn't let up. Instead, it soon became clear my husband and I could not safely manage the amount of blood I was losing at home. We made the agonizing decision that I'd drive myself to the hospital, since our other kids were sleeping and we didn't want to scare them by waking them, or asking a neighbor to come over, only for them to see someone unfamiliar in the house.

Now, months later, when I flash back to that drive to the hospital in the wee hours of the night, I feel that same panic I did then. I talked to my husband the entire way there because we were afraid I'd pass out. But I made it to the ER, where I'd spend the next several hours feeling numb, as though I was watching this unthinkable experience happen for someone else. I saw myself holding a towel between my legs and wobbling up to the admission area — blood had already stained my pants; I'd throw them straight into the garbage later at home. I saw myself fall into a wheelchair, my head being supported only by my hands as I just sat there and wept. I watched myself fall onto a gurney, and some doctor come in and speak to me like I wasn't even a person. The words blurred together but the gist of it was that they'd examine me, but it certainly seemed like I'd lost this pregnancy, and oh well, it wasn't meant to be.

At one point, everything went black and I nearly passed out. I remember hearing myself tell a nurse I couldn't breathe. I was definitely panicking as I looked wildly around the room, recognizing no one or anything familiar. "She might need a blood transfusion," someone, the doctor I believe, said. A bright-orange bracelet was affixed to my wrist with my blood type. Two IVs were inserted into each of my hands. My gurney was lowered so my head was beneath my feet.

Hours passed. I bled, cramped, cried. The next day, eventually, I was stable enough to go home — physically that is. My nurse was kind enough to let me take some hospital scrubs since my clothes were completely ruined. Walking out into the bright daylight, I felt relieved to be healthy enough to go be with my family. At one point that night, around the time I either passed out briefly or at least thought I was about to, I wondered if I'd be OK. It was enough to cope with the thought of losing this baby, but if you'd told me I'd fear for my health during a miscarriage, I'd never have believed it — until I lived it.

I don't share these details of my loss to scare anyone, but rather, to normalize what a traumatic miscarriage can look like. Pregnancy loss doesn't always happen quietly, at home, with no one to bear witness to it other than a partner. It can be brutally messy, get completely out of control, and even compromise your health. I'm so glad I recognized that I needed medical attention that night. I'm so thankful to be sharing my story today. And I know I'm so lucky to have gotten the support I needed after the loss, both from family and from a trained therapist. My heart goes out to anyone who has gone through something like this. More than anything, I hope you know you aren't alone.