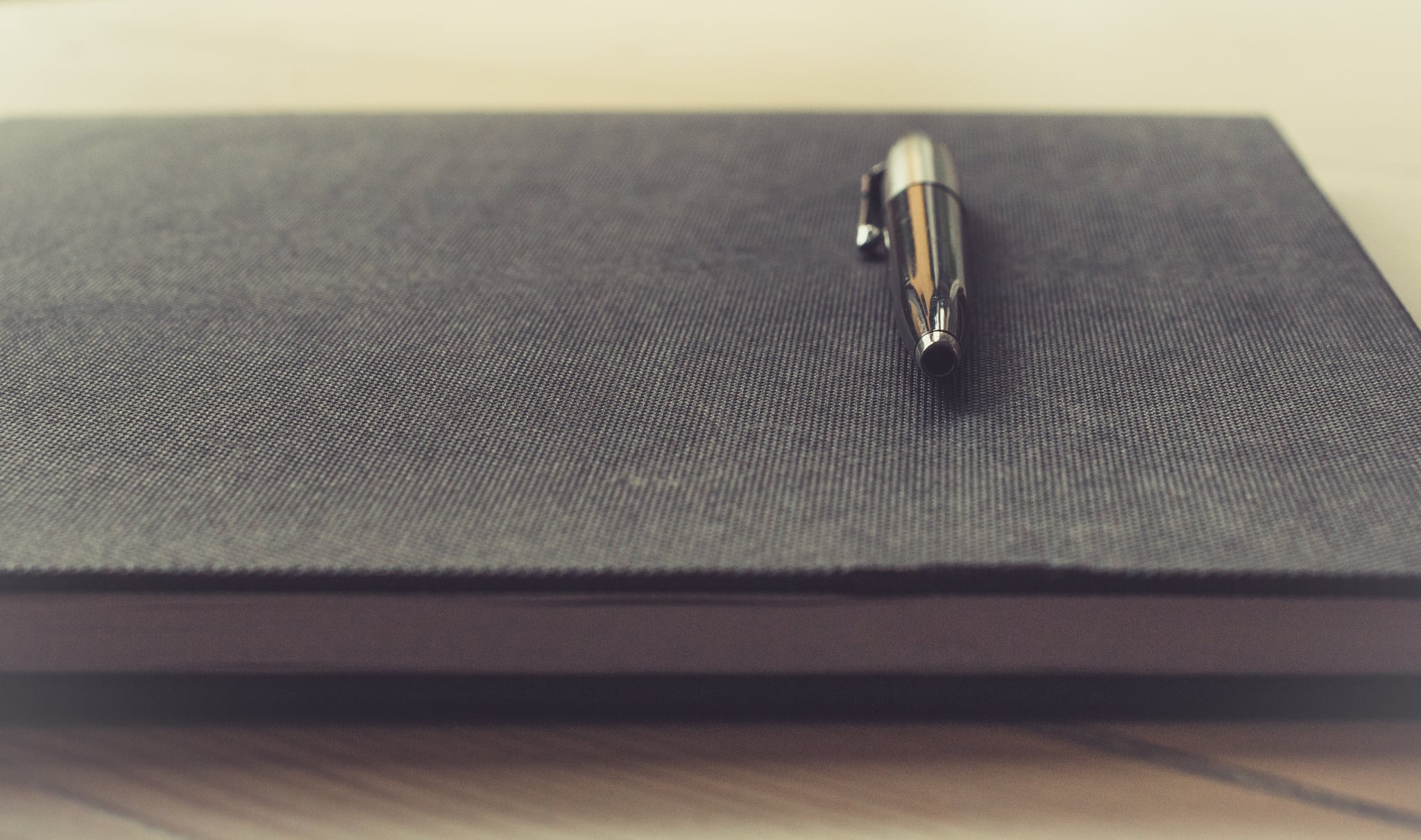 I'm sitting on our navy blue polka-dot couch. To my right is Santa. He is wearing his furry red suit, no beard, and my dad's nose. I am wearing an enormous smile. Like Buddy the Elf, I am entranced by Santa — I can't believe it's really him.

I'm 7 — nowhere near the age I would be when I stop believing in him, but this formative moment between me and the legend would be the beginning of a dialogue that would continue for years to come . . . until I am 12, to be exact. Santa wasn't just a guy who brought me presents. He was someone I could talk to. Or write to, rather.

Our one-way pen-pal relationship enabled me to release elementary school-age angst, fashion desires, and social and body insecurities that I had no other outlet for. My annual letters to Santa were long — pages and pages — and filled with everything I wanted him to know. At 7, there wasn't a whole lot to say in my blocky writing, but by 5th grade, I could tell him everything. About how Holly told everyone at school I needed a bra after seeing me jump rope during recess, and about how I thought Tim liked me but instead liked my best friend.

At 7 and even at 12, I had no concept of Santa's true job description. I assumed he was my therapist.

My mom let me believe in Santa — encouraged me, even — for as long as possible. When no one left at school still left snacks and cookies out for St. Nick at night, my mom would give me a knowing look and say, "He only stops coming when you stop believing." And I went to bat for anything my mom told me.

I assumed he was my therapist.

Santa would occasionally write me back with one or two lines of sweet encouragement. I'd notice how similar his handwriting was to that of the Tooth Fairy and Easter Bunny and mention this peculiar coincidence to my mom, who would give me that same look and remind me, "He only stops coming when you stop believing."

The last time I wrote a letter to Santa I was, in fact, 12. I was 5'7", had been menstruating for about a year, and was significantly more shapely and bigger than my classmates. With insecurities peaking, I asked him for a workout doodad. I also had noticed that my mom needed a new jewelry box, so I asked him to get her one, too. And the last thing I remember asking Santa was to please make sure the workout doodad did the job.

Decades later, I smile looking back at the journey I made with Santa. When I decided to write this essay, I called my mom to see if she'd saved any of the letters to him. "Probably," she said. And while it's highly unlikely they'll ever turn up in a box somewhere, I can keep the dream alive by thinking I'll find them some day. And if they're not my letters, then hopefully they can be from my daughter, who I'm hoping will also be a big believer.