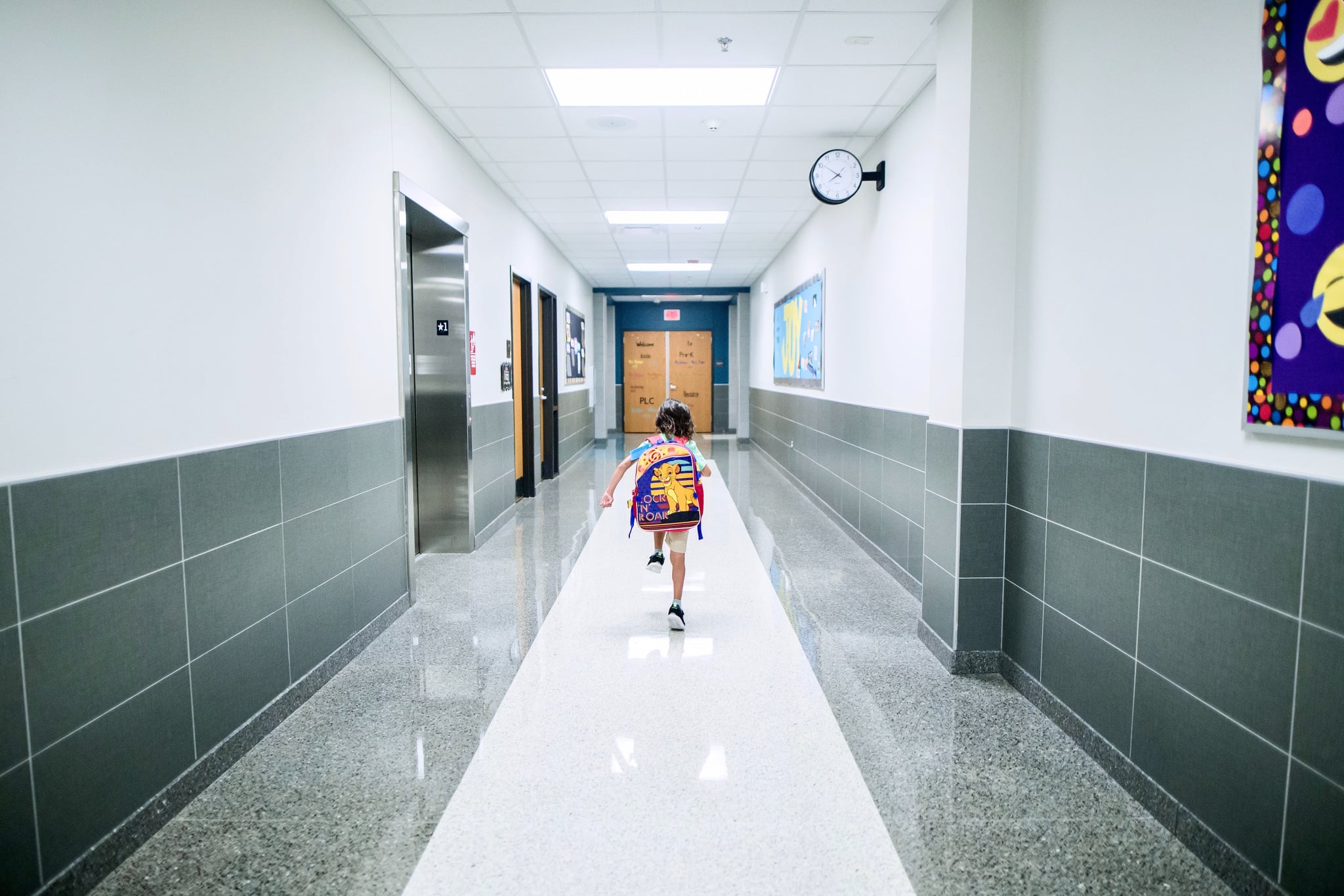 When my youngest started kindergarten this Fall, I had a myriad of emotions (sadness, excitement, fear) and even more questions. What would I do with all the added hours I now had to myself? Was now the time to start looking for a full-time job? Should I sign up for every committee the PTO was asking me to join? Would I be bored?

From a logical position, I knew I was only adding a few more kid-free hours to my day than I'd had with preschool, but the idea of putting both kids on the bus at 7:30 a.m. and not seeing them again until 2:30 p.m. felt like I'd be diving into a sea of free time, the likes of which I hadn't experienced since my daughter was born eight years before. I was excited and a bit overwhelmed by the prospect.

Related:
15 Thoughts Every Stay-at-Home Mom Has During Summer Vacation

It didn't help that I was constantly being asked about what I was going to do now both kids were in school by friends, family members, and mere acquaintances – a well-meaning, but truthfully annoying question. Even without that loaded query, I already felt an internal pressure. Now was my chance to reclaim the ambitious, career-driven woman I'd been before children, right? Was I up to the task? Or had my kids beaten it out of me, turning me more into a passive Bravo fan than a professional overachiever?

And then school actually started, and I realized that all that worry was for nothing. Because seven hours, which sounded like an eternity in theory, goes by in absolutely no time at all. I thought I'd be sipping tea, patiently waiting to greet my children at the bus, feeling accomplished and organized and excited to see them. In reality, I'm usually pulling into the driveway from a last round of hurried errands two minutes before their bus arrives, or I'm so lost in my computer screen that my kids have to ring the doorbell just to get into the house. Sure, I'm happy to see them: I just always wish it was an hour or two later.

Related:
I Recently Went Back to Work After Years as a SAHM, and I'm So Glad I Did

I've tried to evaluate why seven hours without kids goes by in a flash while seven hours with kids feels like the equivalent of, let's say, three weeks or so. The only thing I can come up with is that, when you fill it with the activities you've been trying to accomplish for almost a decade, all of which kids made nearly impossible (like organizing closets and drawers, running errands, working, showering, exercising, etc.), seven hours doesn't really cut it.

Most days, I get my kids on the bus at 7:30, then head back inside to clean up the house, start some laundry, check email, get some work going, and down some coffee. By 8:30, my dog is begging to be walked; then I try to make it to a 9:30 workout class, after which I usually run to the grocery store. By 11-ish, I'm showering, getting dressed, then heading back to my desk. Two hours of working (or shopping online or catching up on email) later, and guess who's already home, demanding snacks and playdates, carrying a stack of permission slips and papers I have to sort through, and instantly throwing me back into mommy mode.

Is having both my kids in school all day nice? Absolutely. Has it changed my life? Not really. At the end of the day, it's only reminded me that time is relative, and time without kids moves the quickest of all.