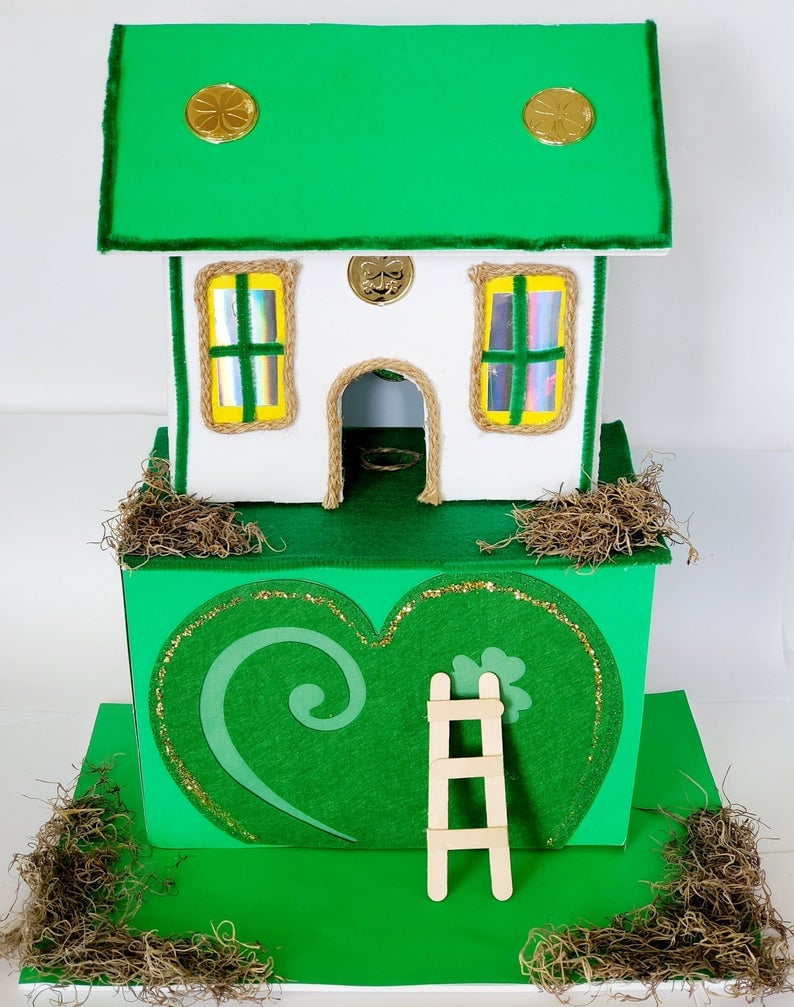 Holidays are a lot of work. With Christmas, you've got trees to trim and presents to buy and complicated story lines about Santa to sell. Thanksgiving involves multiple grocery runs and hours of time-strapped turkey basting. Halloween costumes don't make (or buy) themselves. Even Easter requires covertly hiding eggs when the kids aren't looking.

Elementary schools are tasking children and their parents to participate in a tradition that's unknown to the vast majority of kids in Ireland itself.

But then my kid went to preschool, and guess what. They took St. Patrick's Day — one of the last remaining holidays that involved zero prep, zero stress, and zero fuss — and they turned it into homework. Not only that, they made it parent homework. In March. Literally the only month we can all take a collective sigh of relief because nothing is going on.

In elementary classrooms across America, schools are tasking children — and, by default over who can safely operate a hot glue gun, their parents — to participate in a tradition that's not even tens of years old, one that I'm certain is unknown to the vast majority of kids in Ireland itself right now: the leprechaun trap.

The idea is, if you set up an elaborate-enough trap — think green structures with four-leaf clover stencils and gold glitter — you have the potential of luring and imprisoning a tiny magical leprechaun who will, I don't know, give you some of his gold coins in exchange for his freedom.

We got suckered into this "charming family tradition" (as some frustrating book deems it) for the first time three years ago. My husband wrapped a shoebox in green construction paper, and we propped it up with a toilet paper roll. The night before St. Patrick's Day, we put a few yellow pom-poms underneath it. The next morning, we checked the trap. Nothing.

"Oh, too bad!" one of us likely said as our 3-year-old investigated the box's surroundings before losing interest and walking away.

Related:
Cause a Little Irish Mischief With These 11 St. Patrick's Day Activities For Kids

The next year, same thing. Only this time, my daughter — who must've heard from her chatty classmates that even though their traps didn't catch any leprechauns, the tiny trickers left chocolate-filled gold coins behind (why would they do that? that makes no sense) — was sorely displeased that our stealthy leprechaun didn't give us a parting gift for, you know, trying to kidnap him.

The thing is, I tend to go "Pinterest crazy" for plenty of holiday celebrations, so my detestation for this one might seem peculiar. But when I'm stuck in the kitchen for eight hours on Thanksgiving, I'm rewarded with multiple types of pie. When we bake three different batches of cookies to leave out for Santa, I get to eat those cookies.

Plus, I tend to not see the point in doing things that I know have a zero-percent success rate, and I think everyone in the room, my kids included, know that these rudimentary Rube-Goldberg machines are going to fail. But now there's a promise of cheap candy wrapped in gold tinfoil so . . . we're in it. Again.

I considered staging a parental coup, but once I saw that Amazon sells a half-dozen "how to catch a leprechaun" children's books and that you can now buy trap-making kits at Target and on Etsy, I knew there was no point. Now that businesses are able to earn their own "green" on this tradition, it's here for keeps.

As for when I'll finally be done with these parent homework traps? I don't know. I'm a chronic rule-follower, so as long as my kids' teachers ask, I'll likely deliver. But you can bet I'll be cursing that f*cking leprechaun when he no-shows after putting me to work the one month I shouldn't have anything to do.