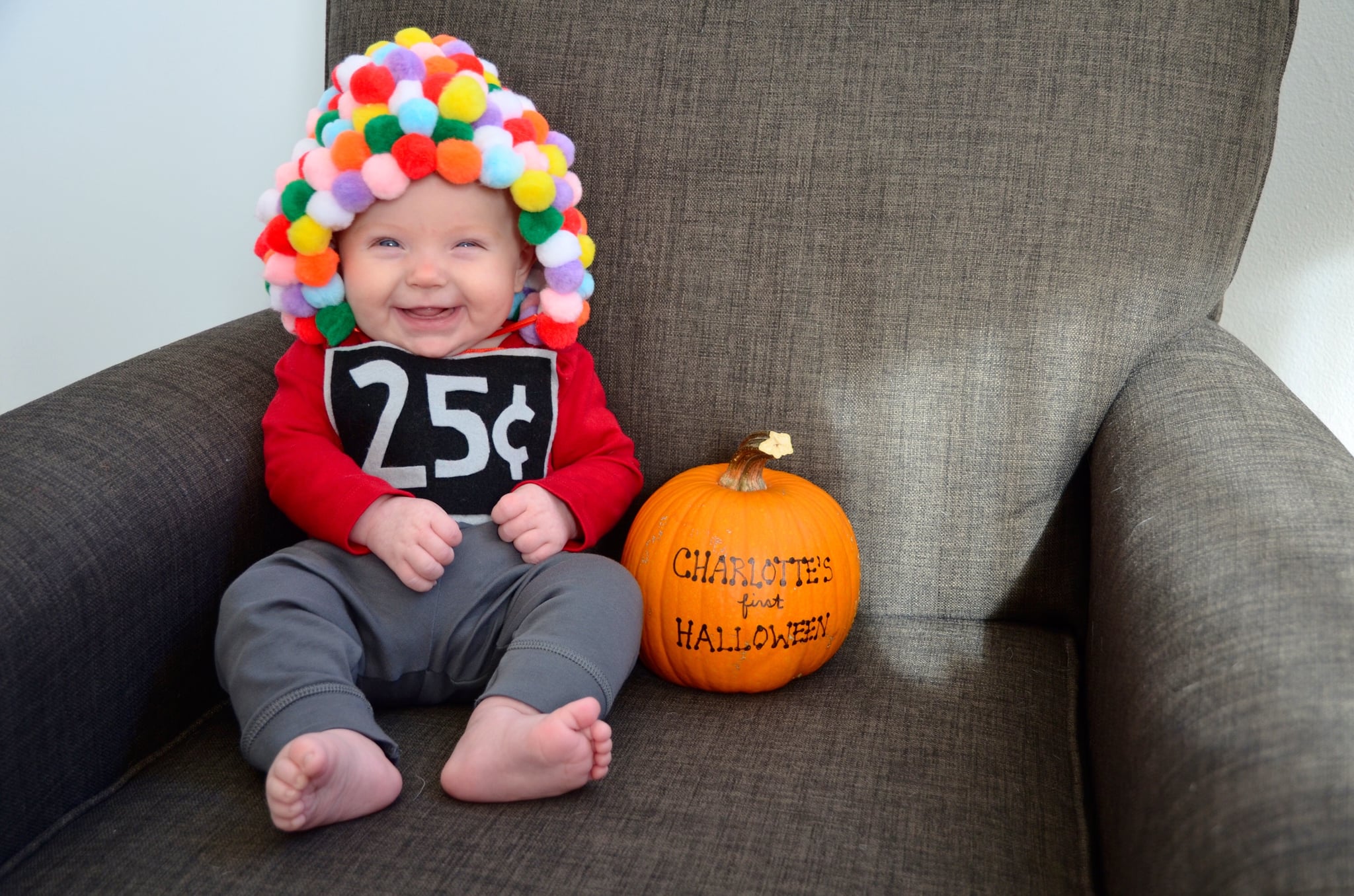 I had some spectacular Halloween costumes as a child, and each one of them was handmade by my single mom who worked full time. There was Strawberry Shortcake (see below), Dorothy (complete with dress shoes she'd covered with red glitter), and even a year when she turned me into a bag of ice and my best friend into Red Hots. My mother is a Halloween costume master, and throughout my quest for motherhood, I would daydream about following in her footsteps.

When my daughter was born, I was determined to make it work. I broke out the hot glue gun while pumping, stitched when she slept, and in the end I transformed my little one into a Pinterest-inspired gumball machine for her first Halloween. The result was so adorable, I almost forgot about the second degree burns all over my hands from that darn glue gun. But even now, I look back at all of those naps I could have been taking with her. Sleep was so precious. She wore that costume for about 30 minutes total, and none of those 30 minutes were even on Halloween. Since my first Halloween as a mother was during my maternity leave, I thought I'd have endless hours to create a masterpiece — I was wrong. It turns out that motherhood is like three full-time jobs all rolled into one . . . who knew? Everyone but me, apparently.

Related:
15 DIY Costumes For Kids, Most of Which Can Be Recreated Last-Minute 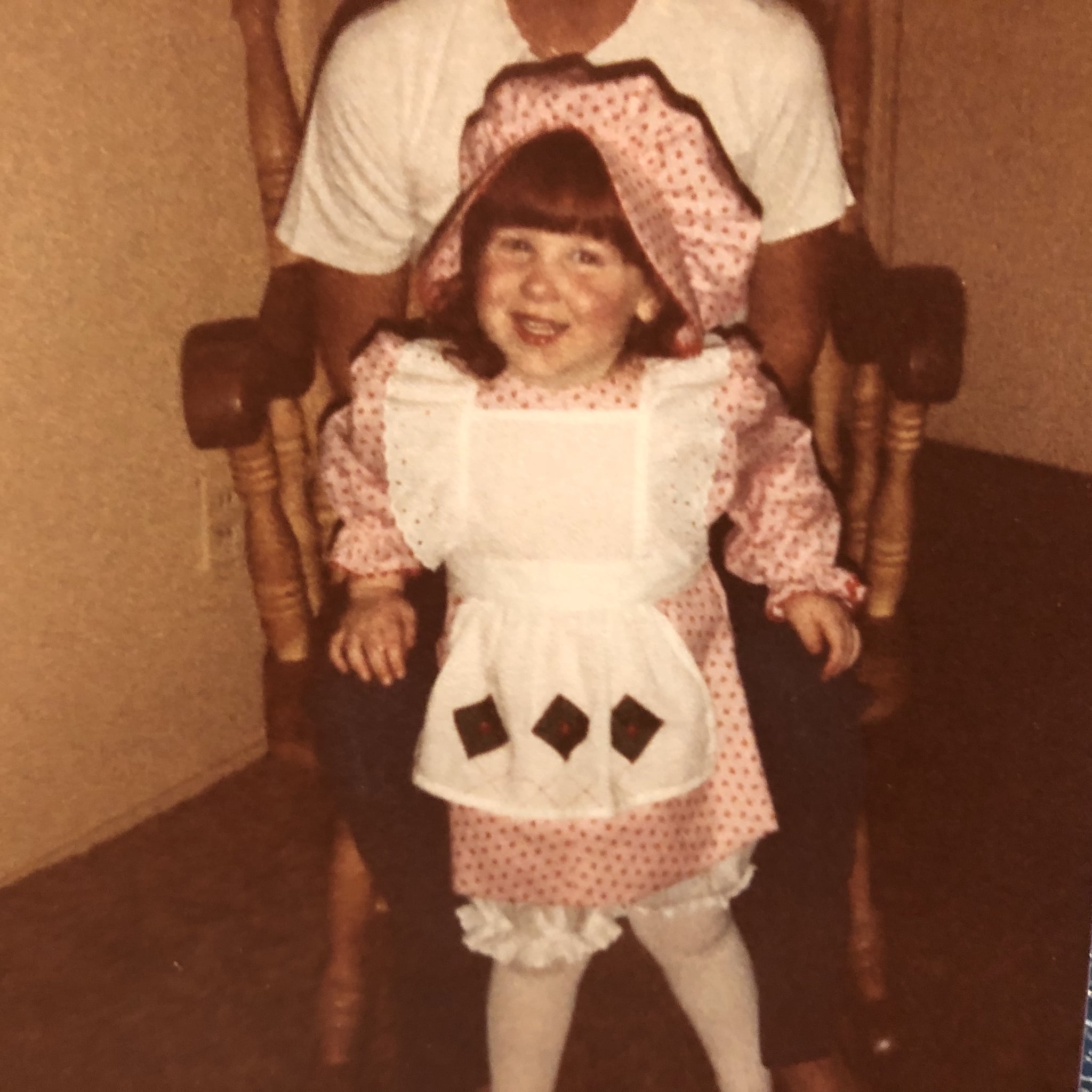 When Halloween number two rolled around, I was back to work and busier than ever. I scoured the internet for ideas, and decided that I would knit her an Elmo beanie and turn her into a little Elmo. If you were in our office break room that October, you became very familiar with the persistent click-click-click of my knitting needles. I felt like I was on top of it, but my anxiety was completely out of control. I was exhausted and stressed from trying to squeeze every last drop out of the holiday. My wife and I had one of our most significant fights ever right before trick or treating, and I attribute it my unreasonable expectation that Halloween needed to be crafted to perfection. I don't even have a very good photo of that costume to look back on.

Halloween number three was even busier and more stressful than ever. My enthusiasm for custom-costuming my daughter was waning. I found a handmade minion beanie at a consignment sale for $1 and with a Sharpie, some duct tape, and a few mason jar lids, voilà — she was transformed into a minion. It felt like such a sad attempt at a costume, but at least it was semi-handmade. That felt like just enough to keep my mom-guilt at bay, but it was pretty lackluster. 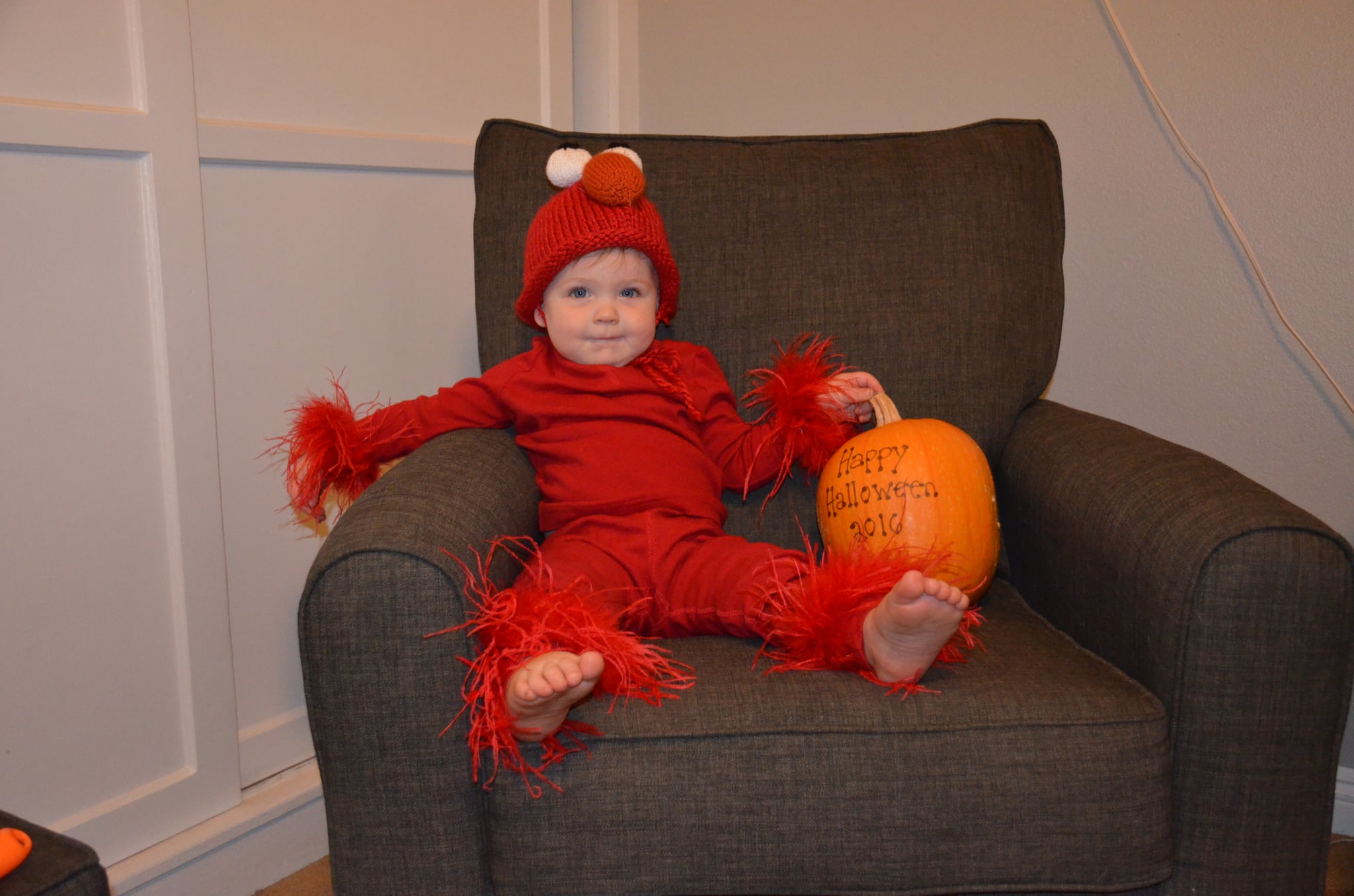 One day prior to Halloween number four, we were perusing the aisles at Target and I saw my daughter's eyes fix themselves on a sparkly witch costume. I paused. There was absolutely no way I could buy her Halloween costume. What would my mother say? How could I stand to look at pictures of a store-bought costume for years to come? I'd never get over the guilt. Or would I? We bought the costume.

That Halloween ended up being the most fun of them all. She was happy and adorable in her sparkly little witch ensemble. There was absolutely no costume-induced stress. We got to spend time together without me worrying about piecing together last minute odds and ends. I didn't even care whether her dress was covered in her dinner when we finally went trick or treating. I hadn't spent a single moment cursing at my sewing machine, and I didn't need bandages to cover up any hot glue gun-related damage. It was the definition of a win to me.

This year, she spotted her dream costume in Costco. From across the crowded store, she looked up from the sample bite of granola bar in her hand and spotted a rack of shimmering gold, red, and blue. She wasted no time in yelling, "Mama, I want to be Wonder Woman for Halloween!" It was the first week of September and Halloween was already taken care of.

Does anyone need a glue gun? It seems I have one to spare.