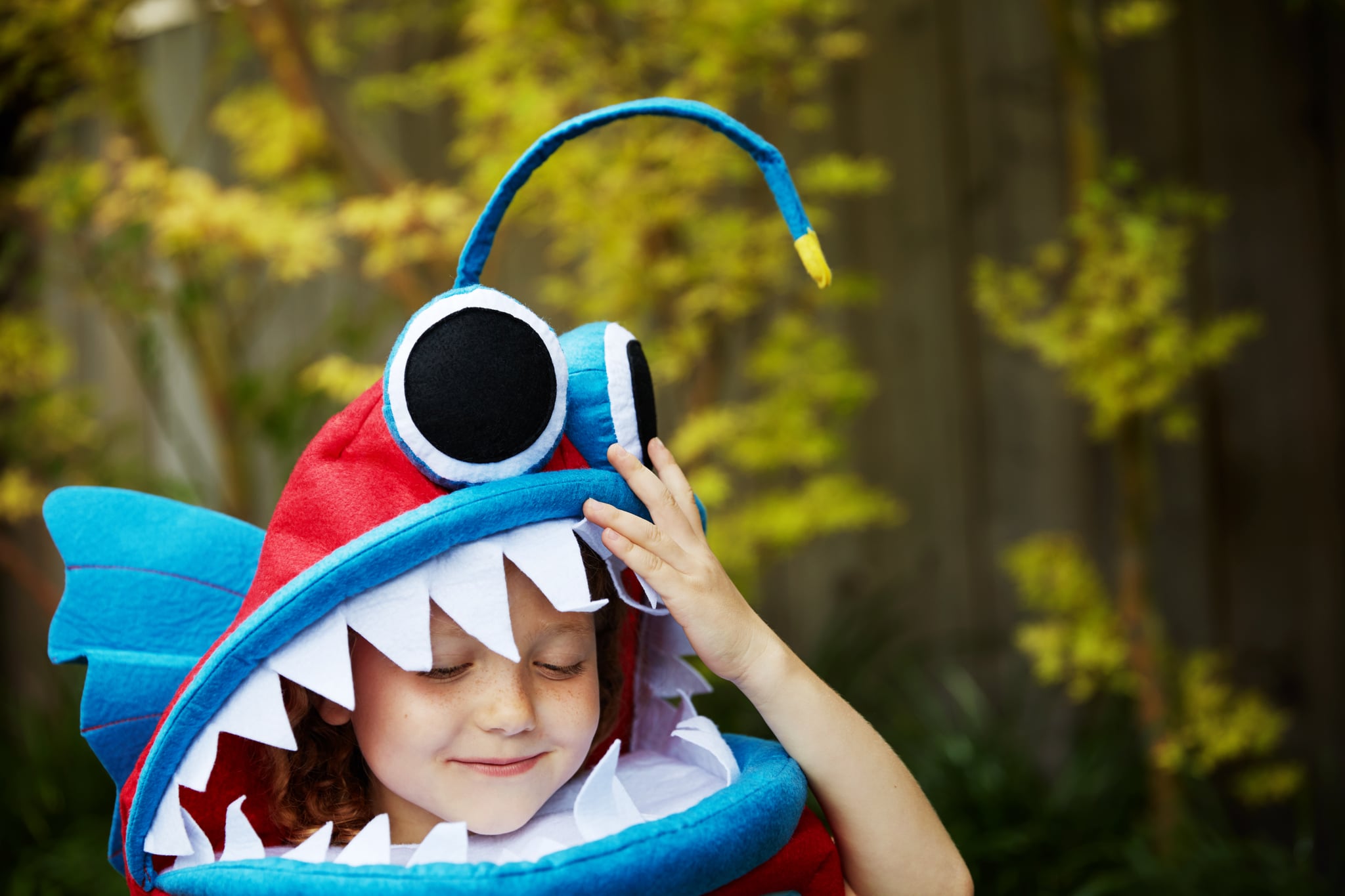 My daughter has spent a good chunk of her childhood being afraid of a laundry list of things, highlights including inanimate decorative objects in houses we've rented for family vacations, any TV show or movie with monsters or ghosts (even animated ones), and most definitely any room that doesn't have at least one other person in it (because, duh, that's when the monsters pop out). A few years ago, in early October, we were briefly separated near the seasonal section in Target, and I still don't think she's recovered.

Related:
Why I Won't Let My Daughter Dress Up as Just Another Disney Princess For Halloween

Yet for some reason, every Halloween, she starts her search for the perfect costume convinced that she wants to be "something scary." Our conversations go something like this:

Daughter: "Mom, I really want to be something scary for Halloween this year."
Me: "OK, you can be pretty much whatever you want, but you know you don't like scary things."
Daughter: "Yeah, I know, but I like scary things for Halloween. Everyone is something scary for Halloween."
Me: "Think about your school parade. Hardly anyone is dressed up in a scary costume. Most of the kids are animals, or action figures, or princesses. I loved your sparkly deer costume last year."
Daughter: "Yeah, but this year I really want a scary costume, Mo-om."
Me: "OK, let's look at some options in this catalog and see if anything pops out at you."

Thirty seconds later, the first sorta-scary costume we spotted in a relatively innocuous, two-dimensional catalog seemed to actually pop out at her, because she slammed it closed, then said she was too tired and wanted to talk about Halloween costumes later. What really happened: a picture of a zombie cheerleader freaked her out so much, she had to physically leave the room.

The next day, the same thing happened. And then again a few days after that. I mean, I've been a mom long enough to accept that kids can be just plain weird. I've learned to navigate through the weirdness of, let's say, picky eating or questionable fashion choices, but this costume craziness is testing my limits. Eventually, I realized that, inexplicably, she's not going to come to the conclusion of "I don't like scary costumes" on her own. It's time for a new tactic.

Related:
Superkids! The 28 Best Halloween Costumes For Your Little Heroes

Then I showed her my preselected costumes: an awesome superhero, a couple of Harry Potter options, and an elaborate pirate costume so cool that I might even consider wearing it. The costume's heeled black lace-up boots closed the deal. The whole get-up was way more expensive than I'd like, but I figured it was a small price to pay to wrap up another Halloween's costume drama.

And this year, when she claims she wants to dress up like a vampire or a zombie, I have a very fancy Descendants 3 costume bookmarked for her. It's a villain, so that counts as scary, right?!