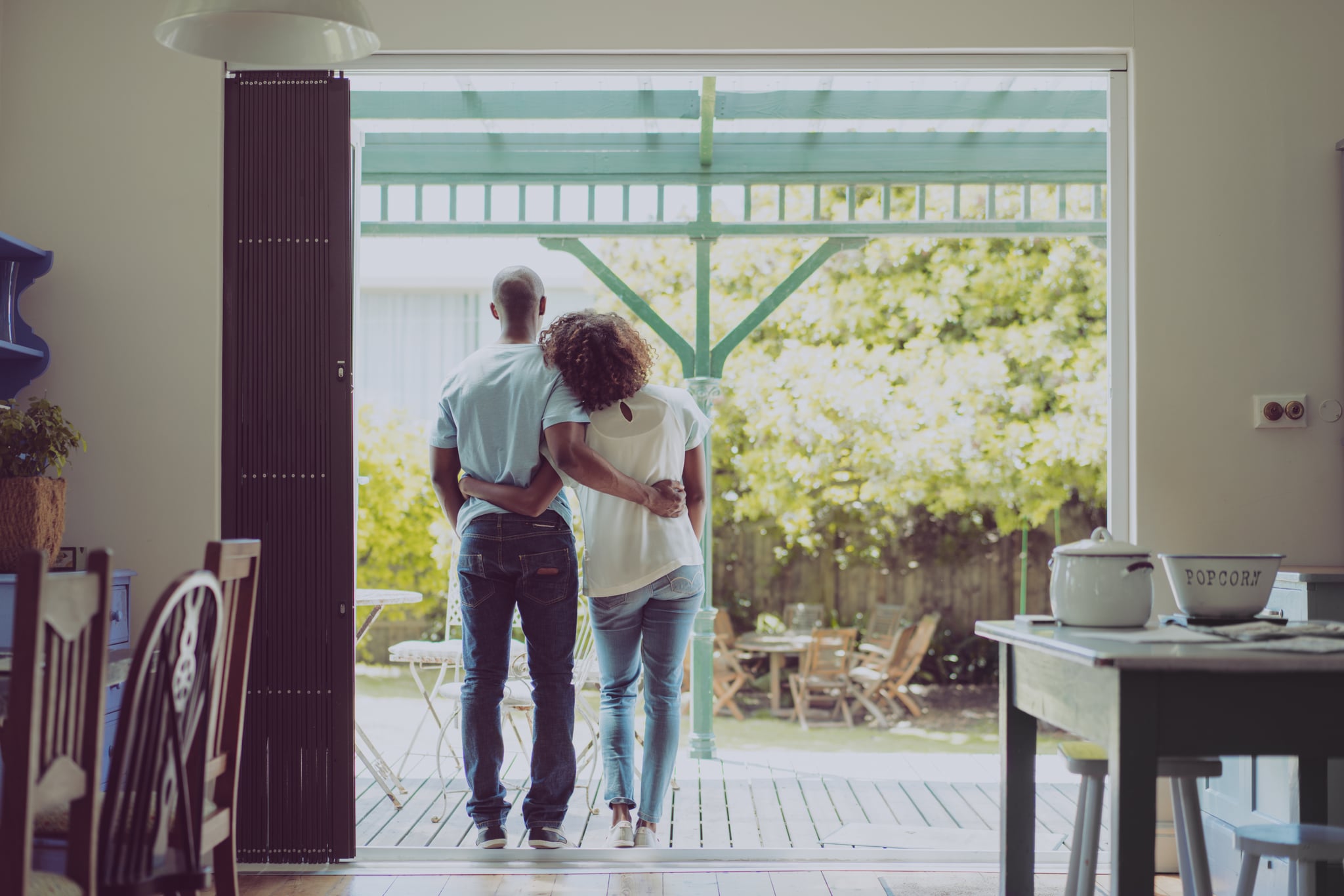 My son is now 2 years old and giving birth is still one of the most courageous things I've ever done. While I was in the labor room enduring unbelievable contractions, I developed a new-found respect for every woman that has given birth. After four intense hours, I was finally able to see the little guy who took over my body for almost 10 months.

After giving birth, I felt like I had been given a new body. It was unfamiliar, bent out of shape, and something I had to get used to. While I felt uncomfortable in my post-baby body, my husband was more attracted to me than he had ever been. He found the extra flesh attractive and also felt a deeper connection to me after watching me give birth. The problem was, I didn't feel attractive and I was terrified of having intercourse. I couldn't get over the fact that I had carried and pushed out a child, and it affected my desire to be intimate. I also feared that intimacy wouldn't be enjoyable for my husband because of the changes that happened to my body. And I was uncomfortable! Let's not forget about the fact that my breasts were either overflowing with milk or rock hard from not breastfeeding enough. There was also the sore nipples I endured despite the nipple cream I used to ease the pain.

My first instinct should have been to discuss these insecurities with my husband, but fear and vulnerability stood in the way. I didn't know how to tell him that I was freaking out because I was still bleeding due to postpartum recovery and didn't feel comfortable in my own skin. Instead, I used tiredness and exhaustion as an excuse, hoping that would work until I gathered my thoughts and emotions. I'm so grateful that my husband didn't pressure me about it and gave me time to breathe.

Related:
Yep, My Husband and I Didn't Have Sex For 3 Months After I Gave Birth to Our Son

I started reading other women's musings about body positivity, especially after having a baby. While it wasn't a quick fix, knowing that I wasn't alone and there was a group of women who had undergone similar experiences brought me consolation. I began journaling so that I could get to the root of exactly why I felt unsexy, undesirable, and disconnected from sex. I found with time that I was mourning the body I had before pregnancy. I was also still a little shaken up by the whole birthing experience. After having a baby come out, I wasn't yet comfortable with anything going in. I had to grieve my old body and accept that I had a new one now. I also had to accept the fact that my body would go through many changes, and I needed to learn to welcome each version with open arms.

My body had just helped me do something supernatural by bringing a healthy baby boy into this world, and that was something to be proud of. Sure, the stretch marks, extra pounds, and flabby stomach bothered me, but it wasn't the end of the world — the were signs of what I was capable of. And I knew there was nothing stopping me from working out after having my baby so I could begin to work toward the body I wanted.

After a few months, several affirmations, and a lot of self-love, I was able to enjoy intimacy again. In many ways, it was even more enjoyable than pre-baby sex because I had a new level of self-awareness and self-appreciation. The moment I started treating myself with kindness and celebrating my body for the incredible thing it did, I found intimacy becoming much easier. It became not only a ritual to reinforce the love we shared, but also a way to celebrate a byproduct of our love — the little bundle of joy we now call son.

Celebrity Trainers
Peloton's Jess King on Her Pregnancy Journey: "I Had No Idea What I Was Up Against"
by Jess King 1 day ago