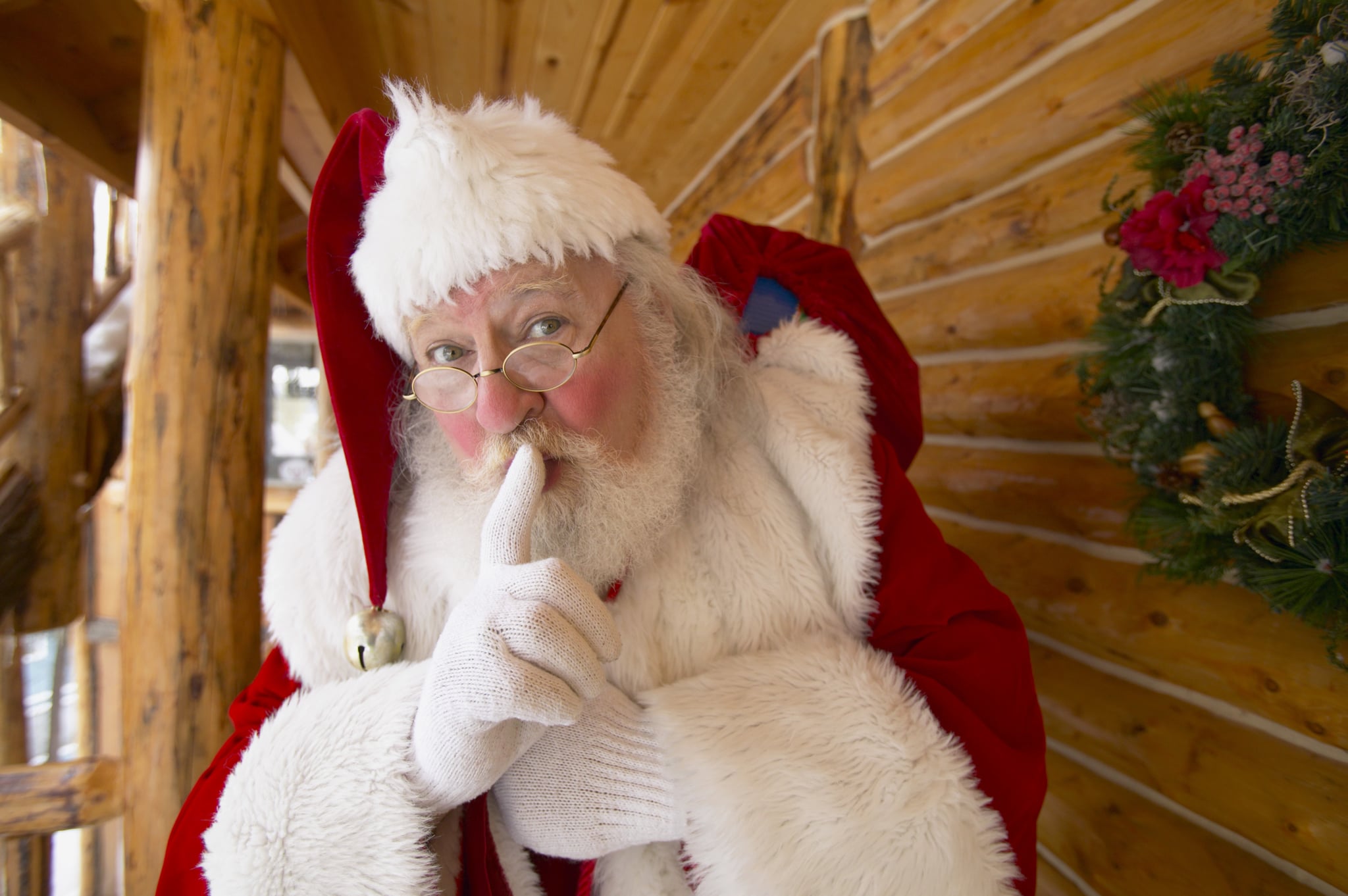 Even before I became a parent, I loved everything about Christmas: the twinkly lights, a perfect Frazier Fir, mounds of beautifully wrapped gifts, the excuse to wear sequins and velvet. My kids, while undoubtedly making the holidays a lot more hectic and stressful, have mostly only added to my enjoyment of the season. Getting to experience the magic of Santa through their eyes has brought a new kind of excitement to Christmas morning.

I've watched their eyes light up when they spotted their overflowing stockings, their mouths open in wonder as they discovered Santa had eaten the cookies they left him, and their bodies vibrate with joy as they open the gift they most hoped he'd bring. It's been the best ride.

But this will be my 10th Christmas masquerading as the man from the North Pole, and frankly, I'm ready to retire, well, at least part of the gig. My 5-year-old deserves a few more years of believing in old St. Nick (despite the fact that he recently told me he was going to ask him for the most expensive drone they make this year because "money doesn't matter to Santa," proving that Kris Kringle might have gone a bit overboard in years past). But my daughter is inching up to her ninth birthday, and for the past two years, she's been hinting that her belief is wavering.

Related:
14 Clever Hacks to Make Sure Your Kid Still Believes in Santa This Year

"Last year, Santa's handwriting looked kind of like yours, and he uses the same wrapping paper as you," she recently told me. When she was younger, I would have made up some elaborate story about how Santa drops off presents and I sometimes add a gift tag before she wakes up or about how Santa's elves probably just know that mommy likes all the gifts under the tree to coordinate (that's plausible, right?!), but this year, I just couldn't look at my big kid, the same kid who's learning multiplication and division, reading full chapter books, and painting her own nails better than I ever have, and blatantly lie to her.

If her younger brother wasn't in the car, I probably would have launched into the speech I've been preparing for years (here's the script in case you need it, too), but he was, so I stalled. "We can talk about this later," I told her. "I'm happy to answer any questions as long as you're ready to hear the answers."

It was an obvious lead, but she didn't take the bait. A few days later, I told my husband I was thinking about spilling the beans about Santa to her, and he was not on team truth. His point was valid; surely she only had a year or two left of believing in a jolly man who magically delivers presents to every child on the planet in one night. Why accelerate an already brief timeline? I wanted to tell him that it was easy for him, a guy who hadn't bought our kids a Christmas gift since they were born because he knew I'd handle it, to say. But I held my tongue and nodded instead.

"Plus, you know she'll immediately tell her little brother just to ruin it for him, too, right?" he continued. That one hit home. Maybe I'm ready to step down from some Santa duties, but I'm not ready to say goodbye to the man in red altogether. But this year, I'm not even trying to disguise my handwriting. The rest is up to my kid.