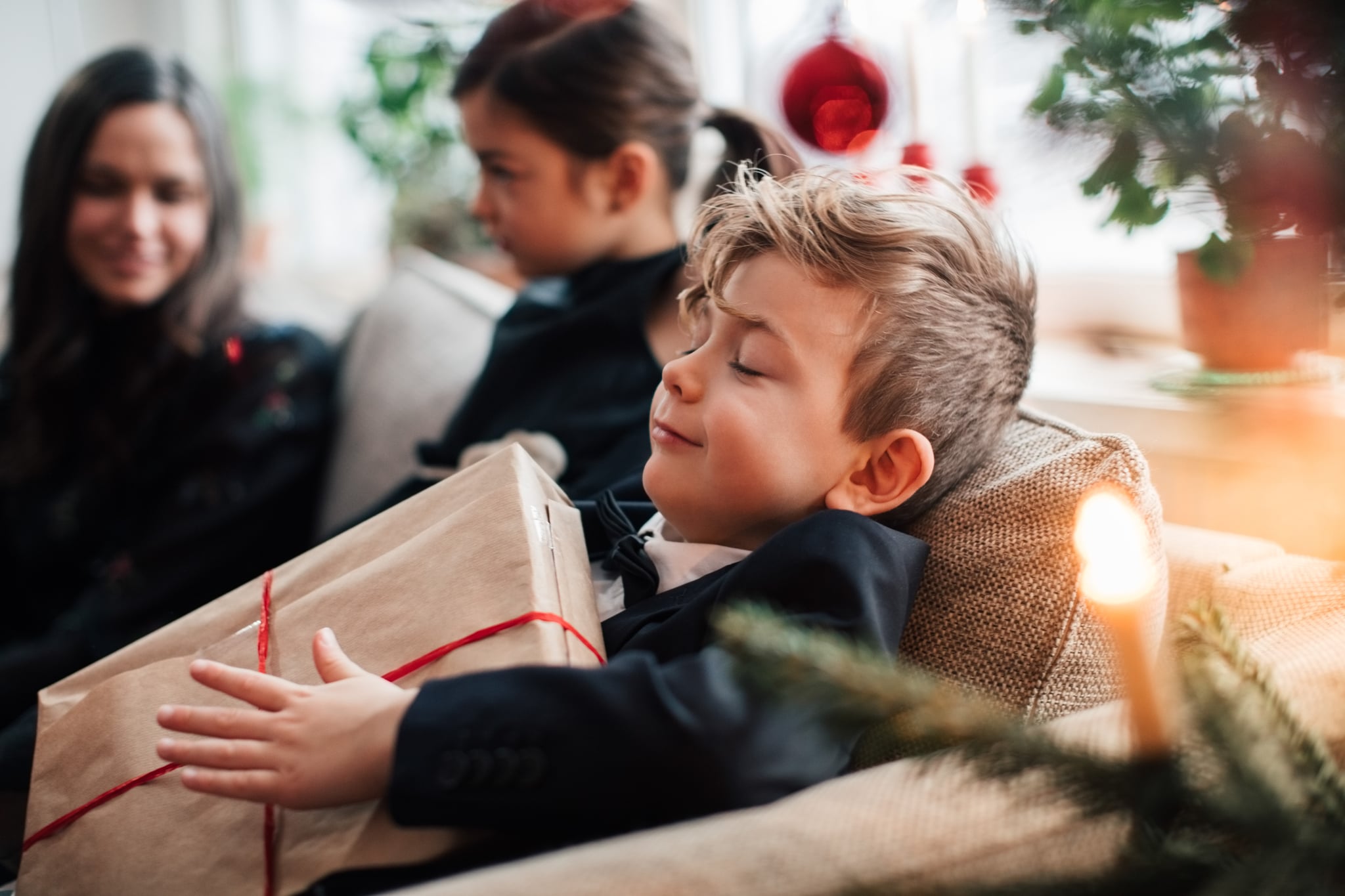 At least when it comes to gift buying for our little ones, every mom I know is already stocking up on the hot toys of the season — the latest L.O.L. Surprise! release, the newest LEGO set, Fingerlings Hugs — even sending texts to each other when they happen upon a new shipment at a local big-box store that was previously sold out of whatever ridiculously priced plaything we're all trying to score.

It's easy to get caught up in the madness of the season: trying to find the hardest-to-get gifts, wanting to ensure that your children have the most magical, memorable Christmas while they still believe in Santa, hurrying from one event to the next in safer years, all in an effort to squeeze every ounce of joy out of the holidays. I need a vacation just thinking about it.

But there's one aspect that I'm determined to pare down this year, and I'd implore you to do the same. Buy fewer gifts for those special little darlings of yours. Three each, to be exact. Not only will this new Christmas strategy save you time, money, and a piece of your sanity, but most likely, your kids won't even notice. After years of research, I've found that three Christmas gifts is exactly the number they need to feel like they've scored some serious loot while still being invested in every single item they receive.

More than three, and their eyes start glazing over . . . It becomes an unfulfilling game of quantity over quality.

More than three, and their eyes start glazing over. They become present-opening machines, requesting the next one seconds after they've opened the last gift, which they haven't really even processed, let alone appreciated. It becomes an unfulfilling game of quantity over quality. They could literally be opening the same Baby Shark stuffed animal over and over again and they probably wouldn't notice until about the fourth one. In short, buy too many presents and not only have you wasted your hard-earned loot, but you've also ensured that your kids won't even remember half of what they've received.

Related:
I Won't Buy Presents For My Husband's Family, Because That's His Responsibility, Not Mine

Fewer than three, and well, you kind of look like a Scrooge. This is Christmas, after all, and kids want to have their minds blown, but this, as most parents know, is exceptionally easy to accomplish. Make one of their three gifts something spectacular — that impossible-to-find toy they've been begging for, a freaking puppy — and voila, you're the best parent ever. The other two gifts can be a leash and a dog comb, and they're good.

For previous holidays, I've also made the mistake of buying three "Santa" presents and three more from Mom and Dad. This is a total fail because I always made the Santa gifts the really awesome ones, while the gifts from my husband and me were things like new socks and a swimsuit that actually fits. You know, the things our kids opened and immediately flung across the room while reaching for another Santa gift.

This year, I'll still buy the new swimsuits and flip-flops, but I'm sticking them in a stocking and only wrapping up those three truly awesome gifts. Santa can take the credit, but we all know who really put in the work.