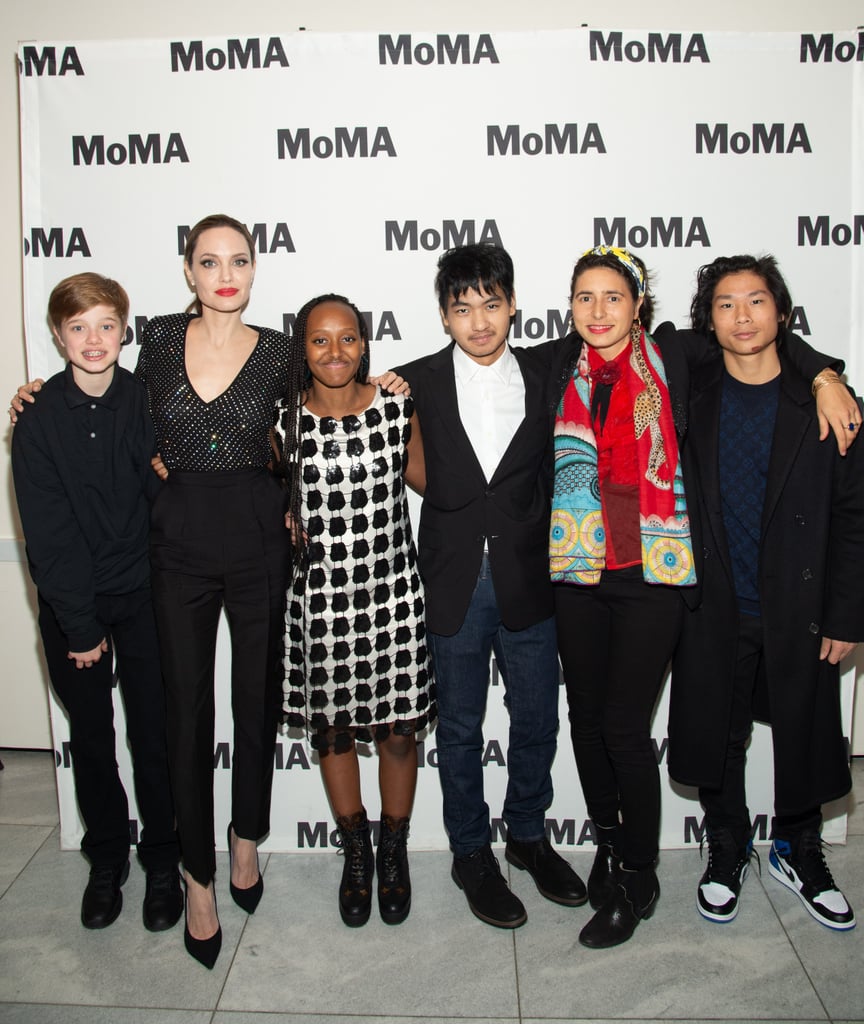 Angelina Jolie Made a Rare Appearance With Her Kids, and All We Can Focus on Is Her Sparkly Top

Angelina Jolie's most recent outing proved that even a family affair can be super glamorous. The actress made a rare appearance with four of her six children on Feb. 21 for the opening night of the Doc Fortnight film festival in New York City. The family showed up to the premiere of Prune Nourry's Serendipity at the Museum of Modern Art, where Angelina wore a sparkly black V-neck top and a pair of high-waisted black trousers. She finished her look with some simple but chic pointed black pumps and pulled her hair into a low ponytail.

As for the kids, they kept things pretty casual and were all smiles as they posed for pics with Nourry and MoMA's chief curator of film, Rajendra Roy. Read ahead to see more photos of Angelina's look and to shop similar styles.

Related:
Angelina Jolie Is Bringing Back the Tube Top, and Our Middle School Selves Are Freaking Out
Previous Next Start Slideshow
Angelina JolieWinter FashionRed CarpetCelebrity StyleAll AnglesShoppingGet The LookTops

Ariana Grande
Ariana Grande's Outfits in "Positions" Are the Perfect Mix of Sexy, Sassy, and Sophisticated
by Nikita Charuza 2 days ago

Rowan Blanchard
Rowan Blanchard's Sexy, Sheer Mint-Green Dress Is $115 and Designed by 2 Friends in London
by Kara Kia 2 days ago