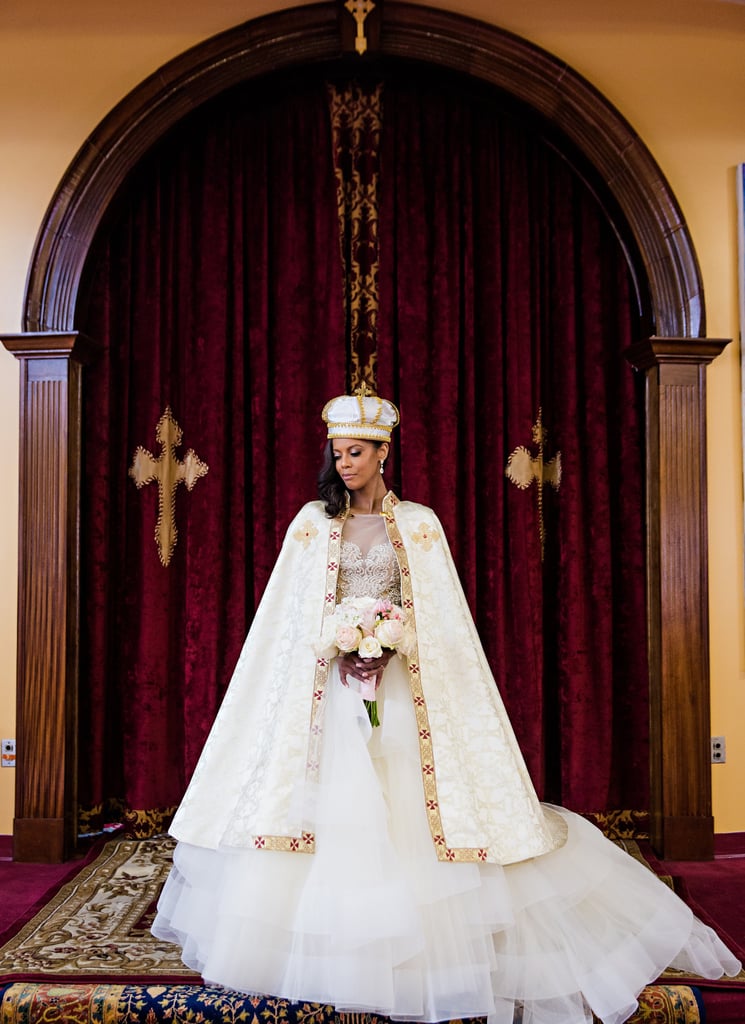 It's not every day you find your husband, who's also a real-life prince, at the club, but that's what happened to Ariana Austin. The two met on the dance floor in December 2005. Fast forward years later to Sept. 9, 2017, and Ariana and Joel Makonnen (aka his Imperial Highness Prince Joel Dawit Makonnen Haile Selassie) said their "I dos" at a church in Temple Hills, Maryland. Prince Yoel is the great-grandson of His Imperial Majesty Emperor Haile Selassie I, the last emperor of Ethiopia.

For the couple's big moment (FYI: the wedding festivities went on for five days), the bride wore a poufy tulle dress by Lazaro while her bridesmaids shone in sequined gold gowns. The front of Ariana's wedding dress had a mesh overlay lace bodice while the back featured beautiful crisscross details. Her wedding veil also had glittery embellishments to go with the sparkles in her gown.

During the ceremony, the two covered up in more traditional attire complete with crown-like headpieces. They then partied away with their 300-plus guests, including Prince Paul Wossen Seged and Duke of Harar, at Foxchase Manor in what was definitely a memorable wedding. Read on to see all the unbelievably beautiful photos from the wedding.

Related:
When This Bride Walked Down the Marble Staircase in Her Dress, It Was Absolutely Breathtaking
Previous Next Start Slideshow
The RoyalsWeddingWedding DressesFashion InstagramsBridal
Around The Web