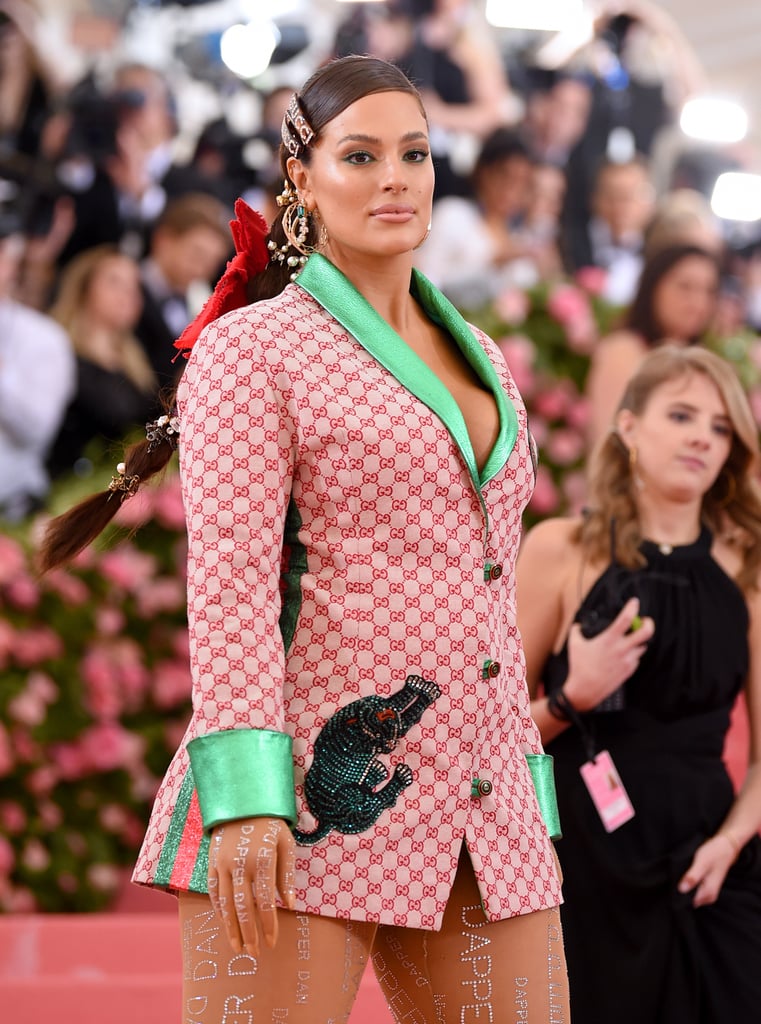 Ashley Graham Wore Crystal-Encrusted Stockings as Pants to the Met Gala, and We. Are. SHOOK.

Ashley Graham brought a major dose of glitz and glamour to the 2019 Met Gala when she walked the pink carpet in head-to-toe Gucci — no, literally. The curve model's hairstyle featured a dizzying smattering of shiny accessories, including a handful of Gucci hair clips we want to add to our arsenal ASAP.

She chose a red and green logo-adorned blazer by the Italian luxury brand, wearing it as a dress with nothing but crystal-covered stockings that doubled as boots. Both Ashley's blazer and stocking-boots featured prominent, flashy mentions of Dapper Dan, an American fashion designer who's collaborated with Gucci. She finished her look with gleaming rings by both Brumani and Stephen Webster, along with mismatched earrings — one a gold, geometric hoop by Hueb and the other a diamond and emerald design by Amwaj. Ahead, take an all-angles look at Ashley's sexy, pantsless outfit at the Met Gala this year, and be sure to take an up-close look at the back of her dazzling Gucci jacket.