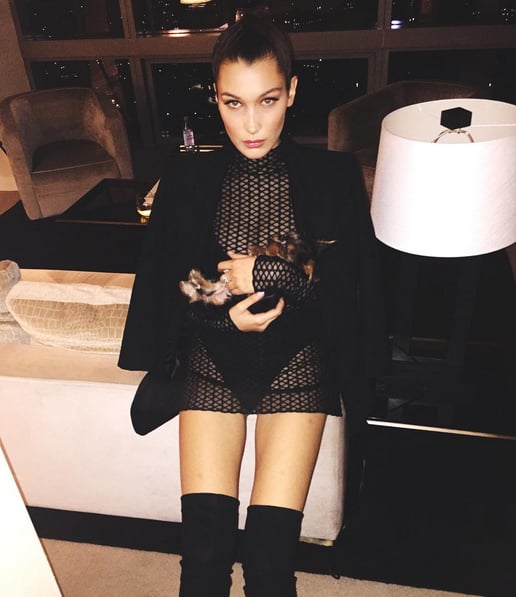 Bella Hadid Wore the Sexiest LBD to Celebrate Her Birthday

When Bella Hadid shows up to the party in a little black dress, it's not just to contrast her sister Gigi Hadid, the blonde in all white. Black just happens to be Bella's color. Sure, it's known to be a figure-flattering, slimming shade, but after seeing Bella bring serious edge to her LBDs a whopping 24 times, it's safe to say no one else looks so downright alluring in a dark dress.

From lacy, romantic gowns that Bella lets speak for themselves, her hair pulled tightly into a bun, to formfitting minis that show off her toned figure, there's no silhouette the supermodel can't pull off — as proven by the racy mesh mini she wore to celebrate her 19th birthday!

Read on to see 24 LBDs — and, OK, a few jumpsuits — that were totally made for Bella. And let's just hope she poses for more pics the next time she steps out. After all, we think we know what she'll be wearing . . .