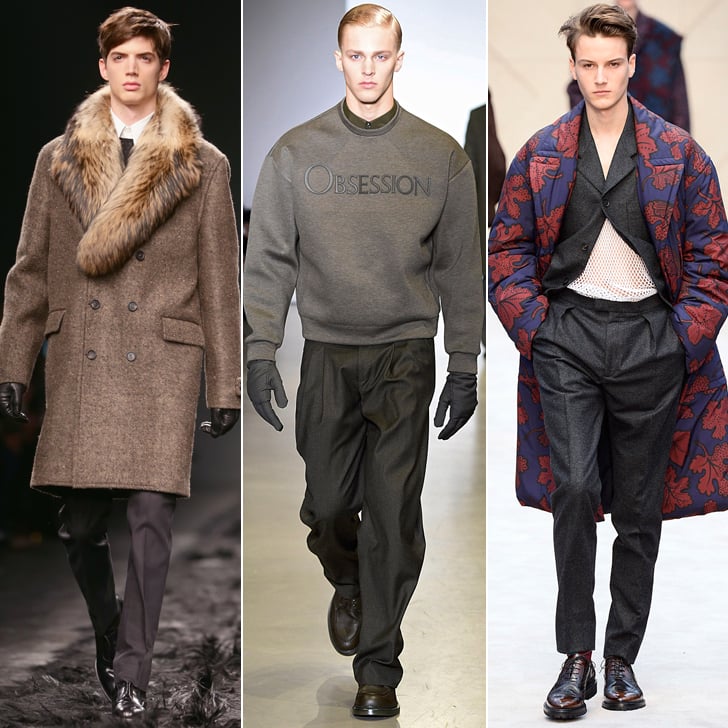 They say good men are scarce — and so is good men's fashion. Luckily, the designers who create some of our favorite clothes for women showed some really strong looks during the Fall 2014 men's collections in London, Paris, and Milan over the past week.

Outerwear took the lead as the most important element of these shows, but that focus is to be expected for the colder months. What wasn't as predictable were how these coats and jackets were treated. Fendi, which had an all-fur runway, put a luxuriant fur lapel on one tweed topcoat, and Burberry turned Scottish knits into quilted overcoats and scarves big enough to double as blankets.

On the accessories front, Dolce & Gabbana gave its men versions of the same crowns it created for the ladies in its Fall 2013 collection. And at Calvin Klein, designer Italo Zucchelli leaned into the logomania trend by putting the names of a few of the house's iconic fragrances on its sweatshirts.

A look at those looks, and more, below.

Red Carpet
Whoa! We Need a Moment to Process Madelyn Cline's Asymmetrical Versace Dress at the PCAs
by Chanel Vargas 1 day ago