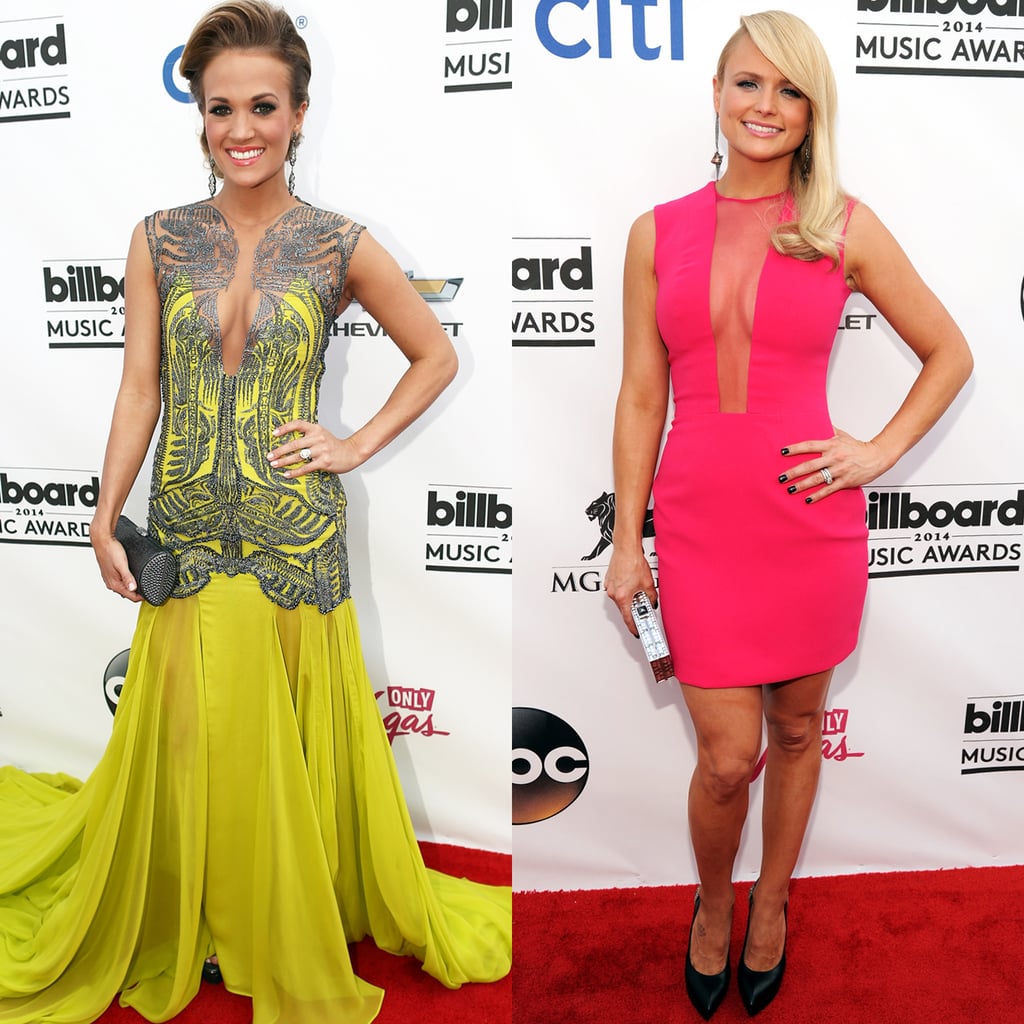 What's an awards show without a red carpet battle? Country darlings Carrie Underwood and Miranda Lambert, who are set to debut their new duet "Somethin Bad," turned up the heat at the Billboard Music Awards. Vibrant colors and plunging necklines were present in both dresses, but that's where the similarities end. Carrie's ornate beaded Oriett Domenech design oozed old-Hollywood glamour, while Miranda's figure-flaunting mini radiated sex appeal. Though we love both looks, only one fashion star can be crowned queen.