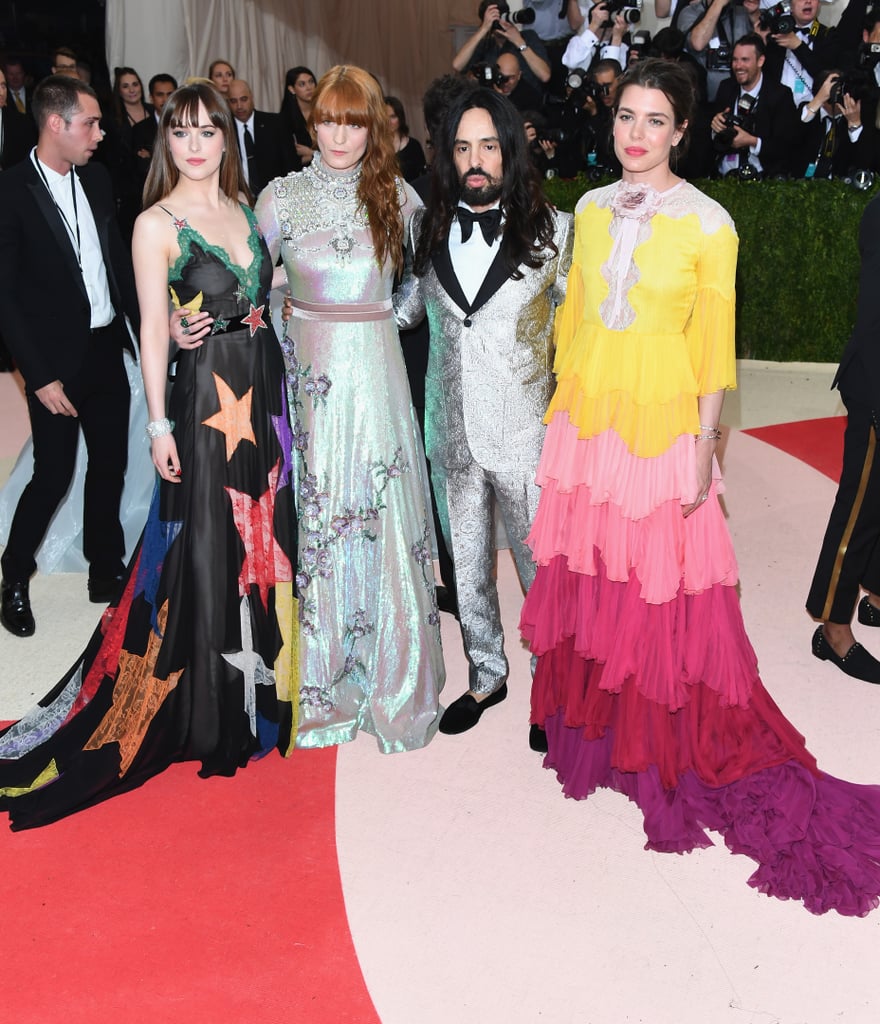 Can You Guess Hollywood's Favorite Label of the Year?

We've always been enamored by Gucci. The brand's signature green and red stripe and its double G logo are instantly recognizable. But the past few Gucci collections have been especially romantic thanks to designer Alessandro Michele's vision, which he introduced in January 2015. Though he hasn't been creative director for long, Alessandro quickly cast a spell on the fashion world and Hollywood's biggest stars.

His pieces — from chiffon dresses with ruffles down to the floor to embroidered denim and must-have bomber jackets — can be spotted from a mile away. When women and men put them on for a fancy event or a walk down the street, they're no longer just wearing clothes; they're having a Gucci moment. Read on to see 22 iconic instances from this year alone, including Lady Gaga's suit at the Super Bowl and Beyoncé's viral Formation dress.