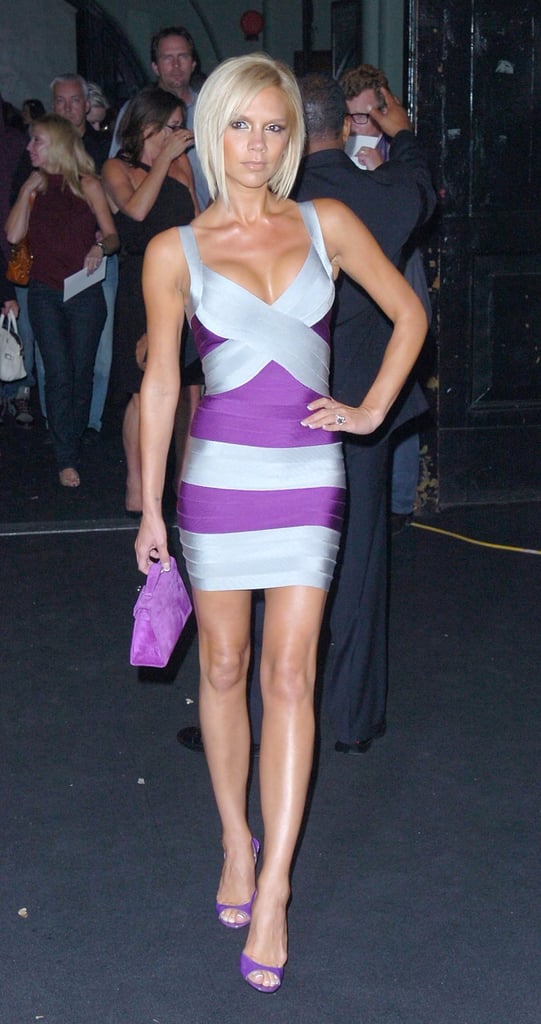 The Designer Behind the Iconic Bandage Dress Has Passed Away, but These Looks Live On

French designer Hervé Leroux has passed away at 60. A statement released by the Fédération de la Haute Couture et de la Mode did not confirm the cause of death. If his name sounds familiar to you, it's because Leroux is the creator behind the legendary Hervé Léger fashion house. Leroux also famously created the iconic "bandage dress" almost every celebrity has worn on the red carpet.

The body-hugging dress gained popularity during the '90s and early 2000s with stars such as Victoria Beckham and Cindy Crawford. Speaking to this iconic creation, Cindy even shared a throwback photo of herself getting fitted into one of Leroux's formfitting designs. She wrote, "Remembering the man who created the bandage dress, which held you in in all the right places. Rip #HerveLeger." We have a feeling this tribute is only one of many to come from the fashion community who has witnessed Leroux's artistry. Though he's gone, his work will live on in the photos below.

Selena Gomez
No, Selena Gomez's Dress Did Not Come With a Glowing Heart — Actually, It's Attached to Her Leg
by Sarah Wasilak 1 day ago

Billie Eilish
Yes, Billie Eilish's Futuristic Boots Are Out of This World
by Nikita Charuza 2 days ago