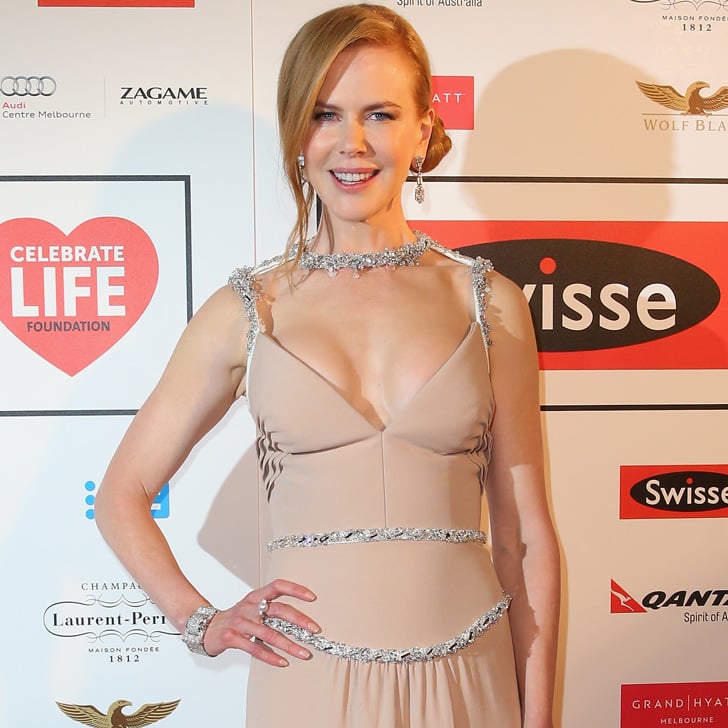 Talk about a royal engagement — Nicole Kidman lived up to the princess title she recently held for Grace of Monaco when she stepped out in Melbourne wearing Prada's blush, embellished gown. And on the other side of the world, things were equally chic at the LA The Rover premiere, where Robert Pattinson and Jaime King brought the star power.

Earlier this week, Leighton Meester opted for simplicity when she arrived for Sunday's Tony Awards in a sleek, white column. Elegance ruled the day when she was joined by Kate Mara, Maggie Gyllenhaal, and Emmy Rossum on the red carpet. On the other end of the spectrum, Sandra Bullock, Jessica Alba, Rihanna, and Cameron Diaz took the opportunity to spice up the night when they arrived for Spike TV's Guys Choice Awards. See all the looks that had us excited for a fashionable week ahead here.