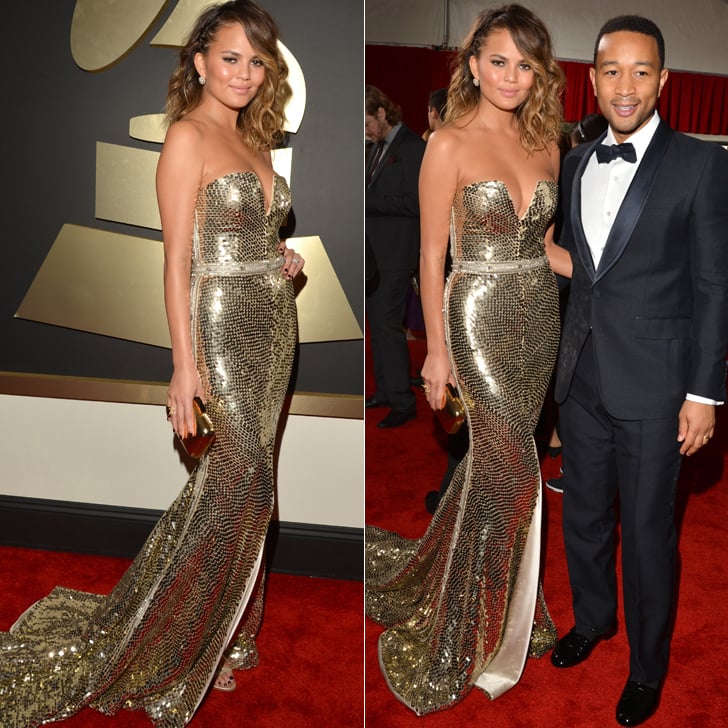 They usually save the best for last, but Chrissy Teigen — who was one of the first stars down the red carpet at the Grammys — served up a pretty good look. Her strapless Johanna Johnson dress made her look like a golden disco ball, and it echoed the color of a dress she wore earlier in the day at a Grammys preparty. At both events, the model was on the arm of her musician husband, John Legend, who chose a Gucci suit for the award show. Lots of Twitter commenters have already anointed Chrissy as an early favorite for the best-dressed lists. Would you put her there?