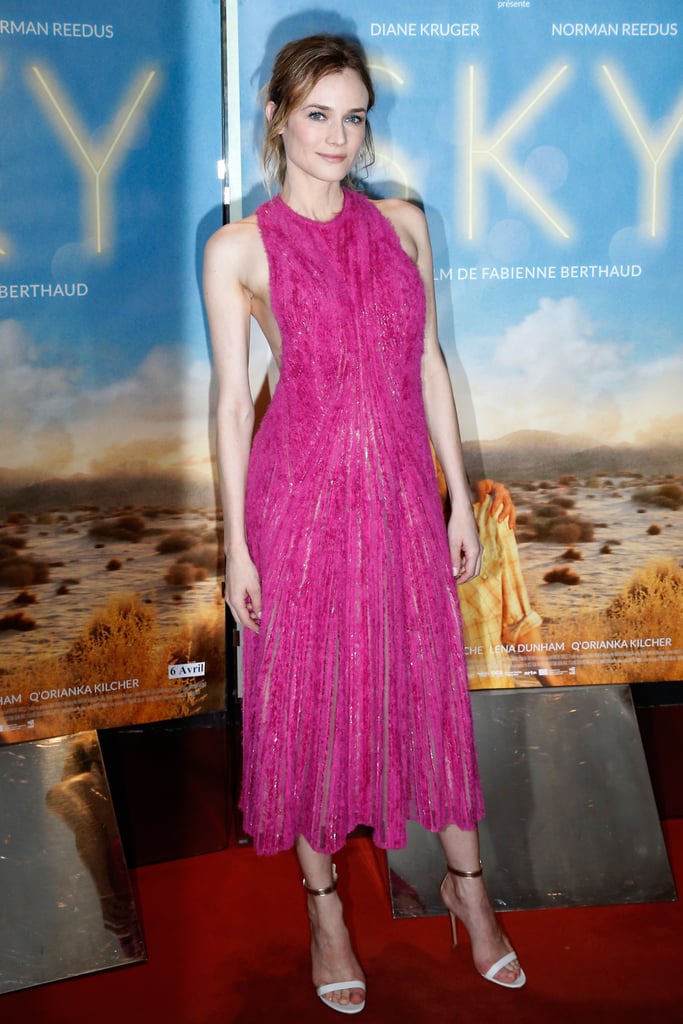 Diane Kruger is the master of picking the perfect dress for any given red carpet. For Tuesday's Paris premiere of her new film Sky, Diane was surely thinking of Spring when she selected a pink, textured gown from Hugo Boss. Diane had help with her look from makeup artist Bedot Regine and hairstylist Perrine Rougemont.

Sharing the dress credit online, Hugo Boss described Diane's selection as "a distressed chiffon dress, direct from the runway." The dress was, in fact, fresh from the brand's Fall 2016 show, which took place during New York Fashion Week in February. And there's a sweet connection, too: Hugo Boss's designer, Jason Wu, is one of Diane's dearest friends.

Even though fashion and film were the main events, Diane's mind was almost elsewhere. On her way to the screening, she posted a photo on Instagram of herself with director Fabienne Berthaud. She wrote, "On our way...Paris Premiere...missing my co-stars @bigbaldhead @lenadunham @vancityjax," who are, of course, Norman Reedus, Lena Dunham, and Joshua Jackson, her real-life boyfriend who also has a role in the movie.

by Alicia Geigel 25 minutes ago

by Maggie Ryan 40 minutes ago