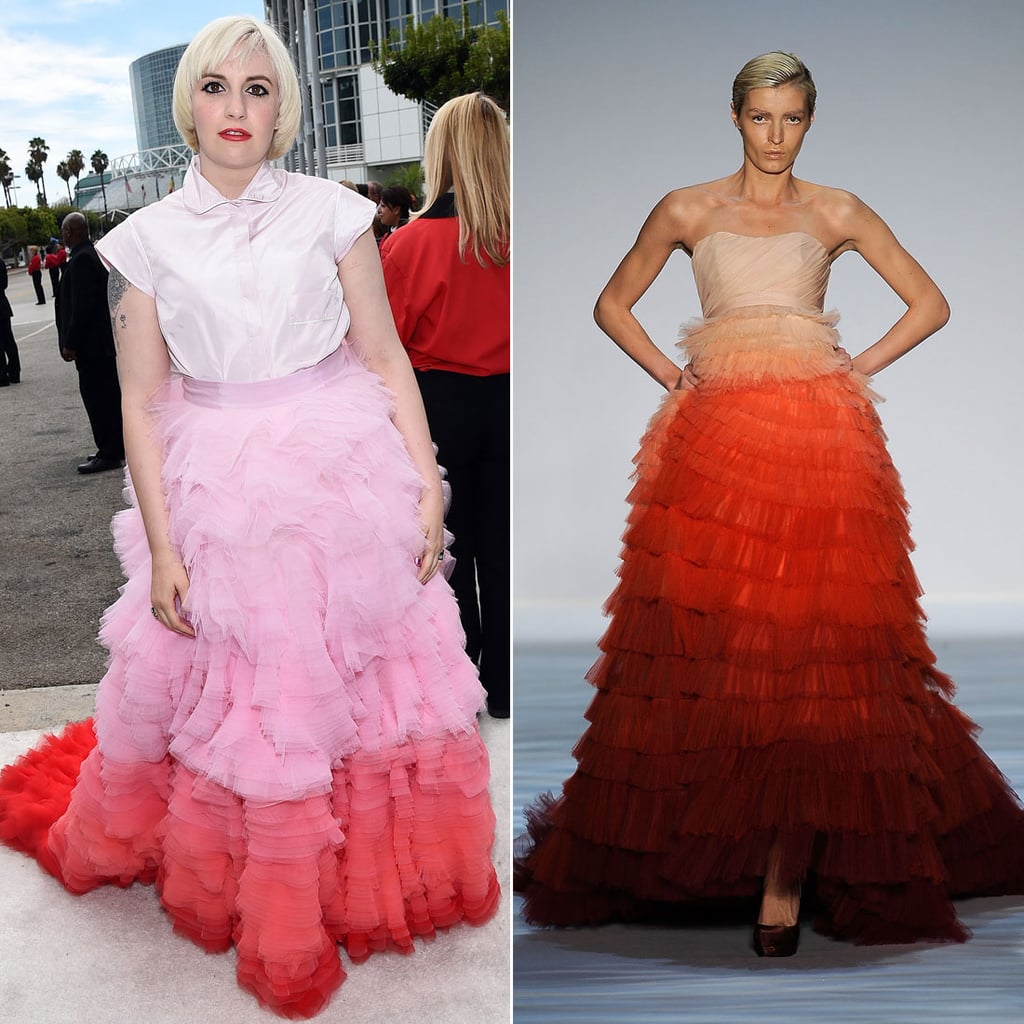 We're guessing Lena Dunham's dress was among the most memorable of the night for Christian Siriano — and not because he dressed her. In fact, the Girls star chose a frothy tulle Giambattista Valli Couture confection for the Emmys. But that gown caught Siriano's attention for good reason. This morning, the designer tweeted about it:

Remembering this ombré tulle gown from our Spring '10 collection this morning. One of my favorites from the archives! pic.twitter.com/vvGkqTFqeF

After revisiting Christian's collection, we have to agree that Lena's full skirt — a piece from Giambattista Valli's Fall 2014 Couture collection — bears a striking resemblance to the Spring 2010 look, right down to the tiered tulle layers and red and pink ombré tones. So, we have to ask: in this case, is imitation the sincerest form of flattery, or is this just f*cked up?

Vote on all our Emmy Awards polls here!