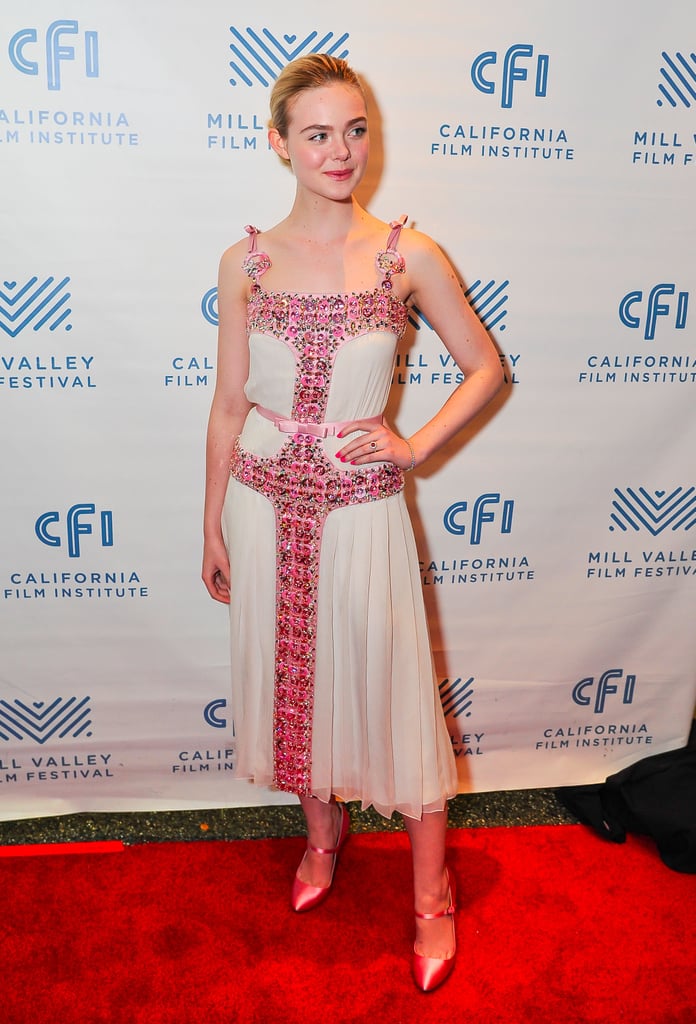 Elle Fanning Transformed Into Elle Woods, and All It Took Was 1 Dress

No, Elle Fanning was not on set for Legally Blonde 3 when she wore this Prada dress. As far as we know, that movie remake isn't happening. Still, the young actress decided to channel Reese Witherspoon's much-loved character Elle Woods. Fanning stepped out at the Mill Valley Film Festival in a bejeweled pleated number that was cinched at the waist with a bow. She played up the design's pink trimmings with satin Mary Janes and Tiffany & Co. jewels.

As if we needed any more convincing that she might come back as Ms. Woods in her next life, Elle snapped a few details on Instagram and wrote a fitting caption: "Having an Elle Woods moment #poohbear." Read on to reminisce with a photo of Elle Woods stomping her way into Harvard Law, then see Elle Fanning refresh her style on the red carpet. Finally, shop similar minis legally approved by Elle squared.