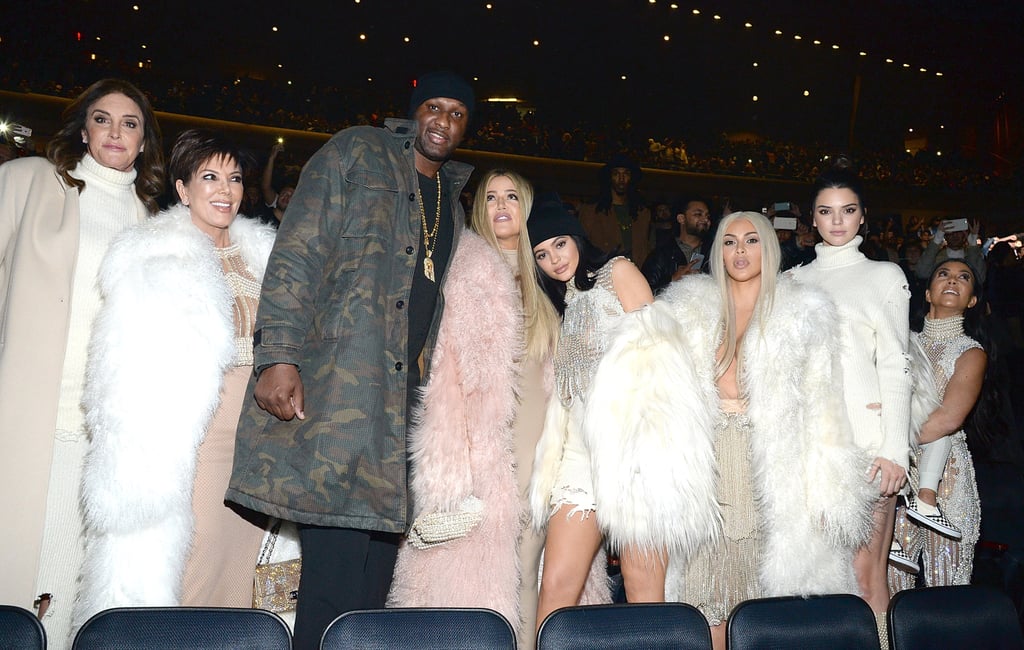 When the Kardashian-Jenner family shows up to the Yeezy Season 3 show wearing all white — with Kim in the furriest of coats and a new matching 'do — the shade is obviously off limits to the rest of the attendees. While Kendall, Kourtney, Khloé, Kylie, Caitlyn, Kris, North, and her mama didn't exactly make the cut for the front row, they still stole the spotlight in codesigned looks by Olivier Rousteing and Kanye West.

Meanwhile, the new collection that debuted on stage stuck to an autumnal palette of yellow, orange, red, cream, brown, and pops of neon — allowing the Kardashian-Jenners to shine. Read on to see their outfits in full, along with the rest of the stars like Anna Wintour, Lamar Odom, and Gigi Hadid, who showed their support for Yeezy's Madison Square Garden NYFW debut.