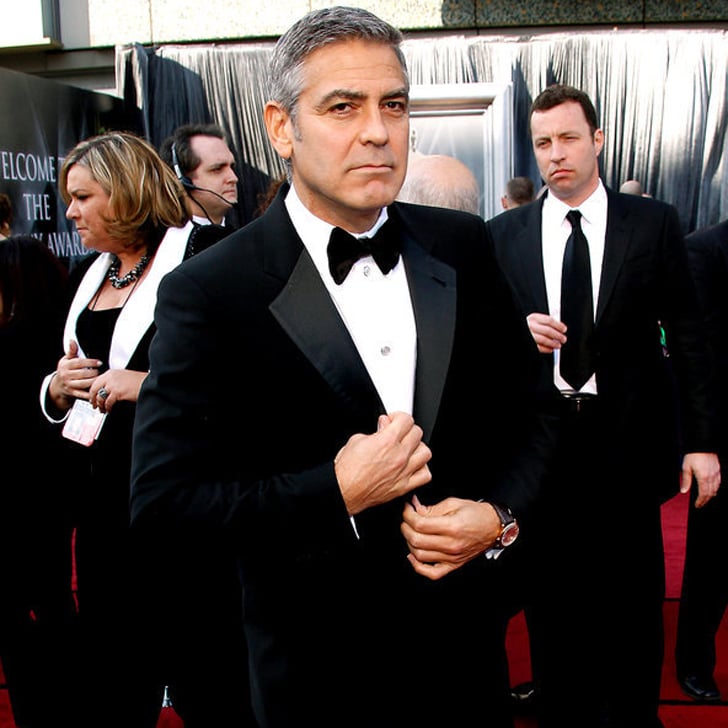 Here comes the . . . groom? Apologies to Amal Alamuddin, but when George Clooney ties the knot this weekend, it'll be hard to focus on the bride. So it's no surprise that buzz surrounding what George will wear down the aisle has overtaken Milan Fashion Week. Also not surprising: that Giorgio Armani will design his tuxedo.

The duo goes way back to other milestones in the actor's life, including the night when he picked up his 2006 and 2013 Academy Awards. In fact, he's so loyal to the label that when once asked about his suiting preferences he deadpanned, "I like both Armani and Gucci . . . Does it matter?" It certainly does to us, and it seems like the notorious bachelor has made the ultimate commitment. So in anticipation of his wedding day, we're looking back at his best Armani moments, and let's be honest, relishing his last moments of singledom by staring at some really handsome pictures.