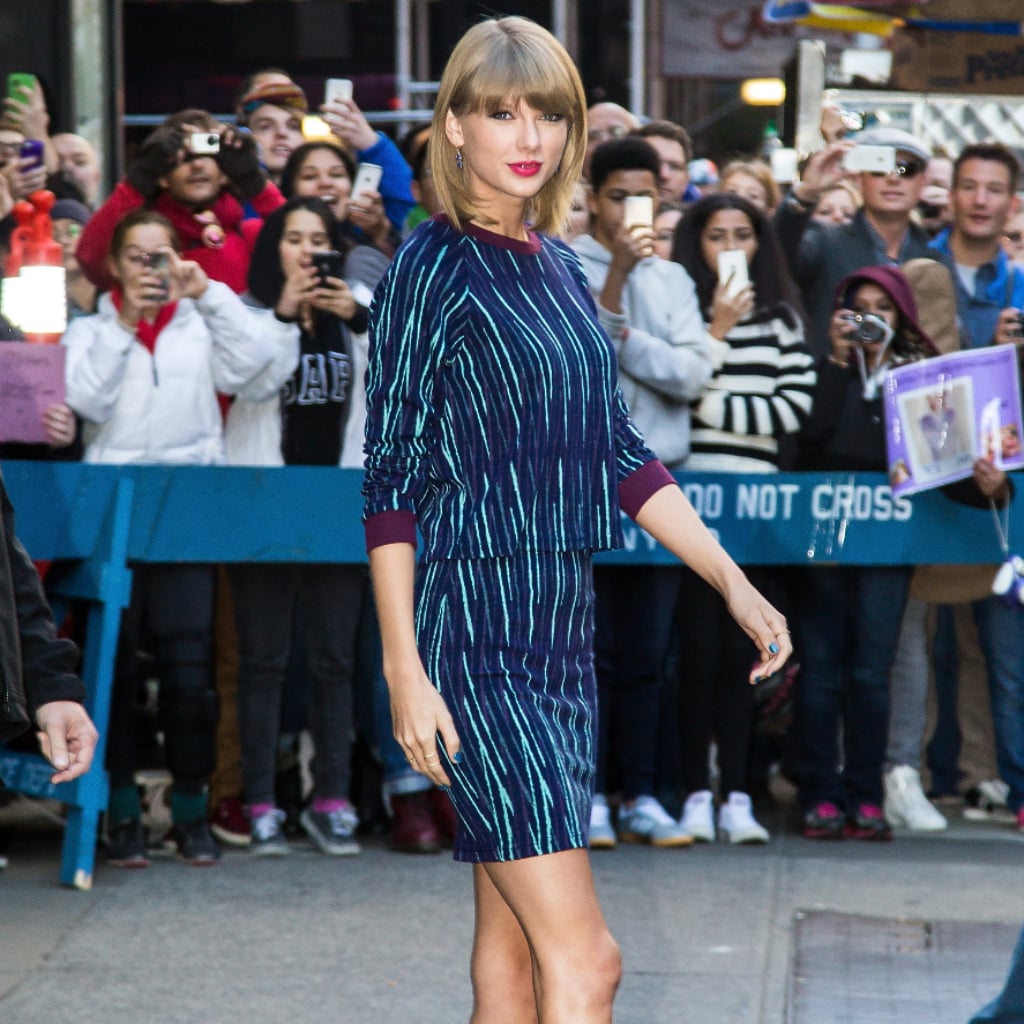 How You Can Copy Taylor Swift's Sweet-Girl Style

If there's one thing we can say about Taylor Swift, it's that her signature style has never been so on point. Then again, if we had just dropped our fifth studio album — including the track "Shake It Off," which has just received two Grammy nominations for Record of the Year and Best Solo Pop Performance — we'd probably be on top of our game, too. And, just like Taylor's new record, 1989, her polished, sweet-girl ensembles are getting rave reviews.

We like to think she's established herself as a total retro prep babe, and she's got a handful of closet staples she sports to achieve that same flair, time and time again. So, we've broken down Taylor's wardrobe and created a guide for stealing her look. Scroll down to see how it's done. And we don't blame you if you dance around to her new tracks as you shop.