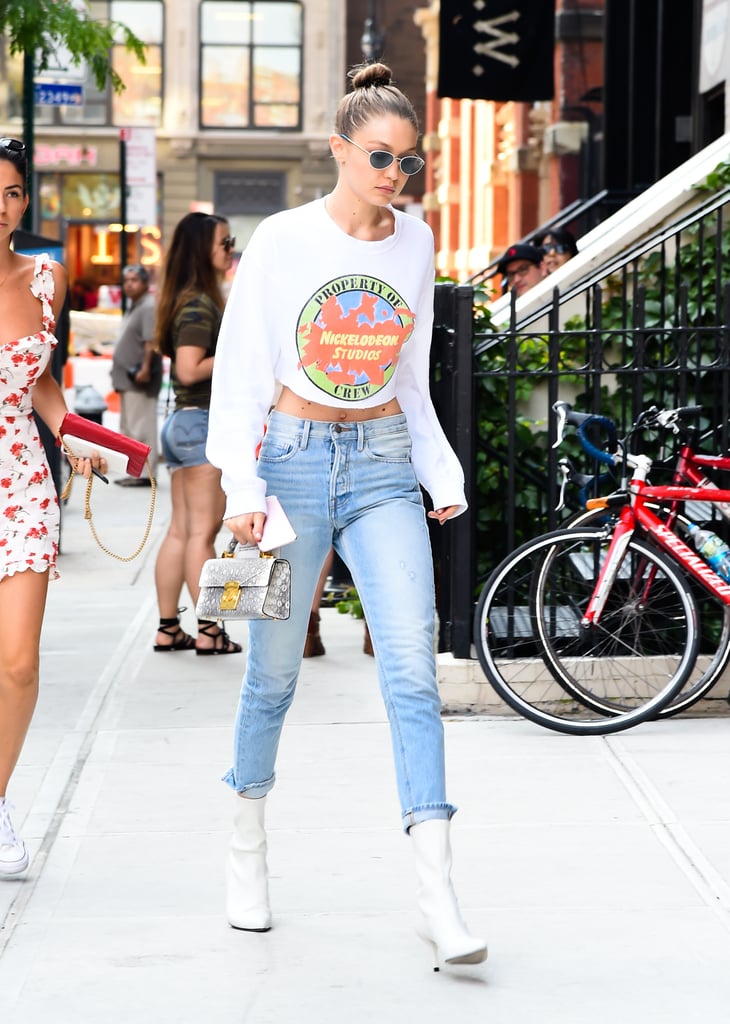 Gigi Hadid Is a Nickelodeon Girl For Sure

Gigi Hadid was born in 1995, so you best believe she has some '90s pride. The supermodel is the queen of wearing clothes with popular references to this decade. Take her pink Power Rangers beanie or Marc Jacobs MTV hoodie — they both offered a serious dose of nostalgia and aren't your average garage-sale finds either. (The hoodie alone cost over $1,000!)

The star stylishly works every '90s-inspired piece into her wardrobe, finishing off her looks with easy staples such as jeans, leather pants, and ankle booties. Gigi makes sure not to overdo it, emitting just enough vintage vibes to catch our attention. If Gigi's BFF Kendall Jenner is a total '80s gal, then Gigi is her '90s counterpart. Scroll to get inspired by her ways, then shop.

Meghan Markle
We Only Caught a Glimpse of Meghan Markle's $30 Maternity Dress, but It's So Worth It
by Karenna Meredith 5 hours ago