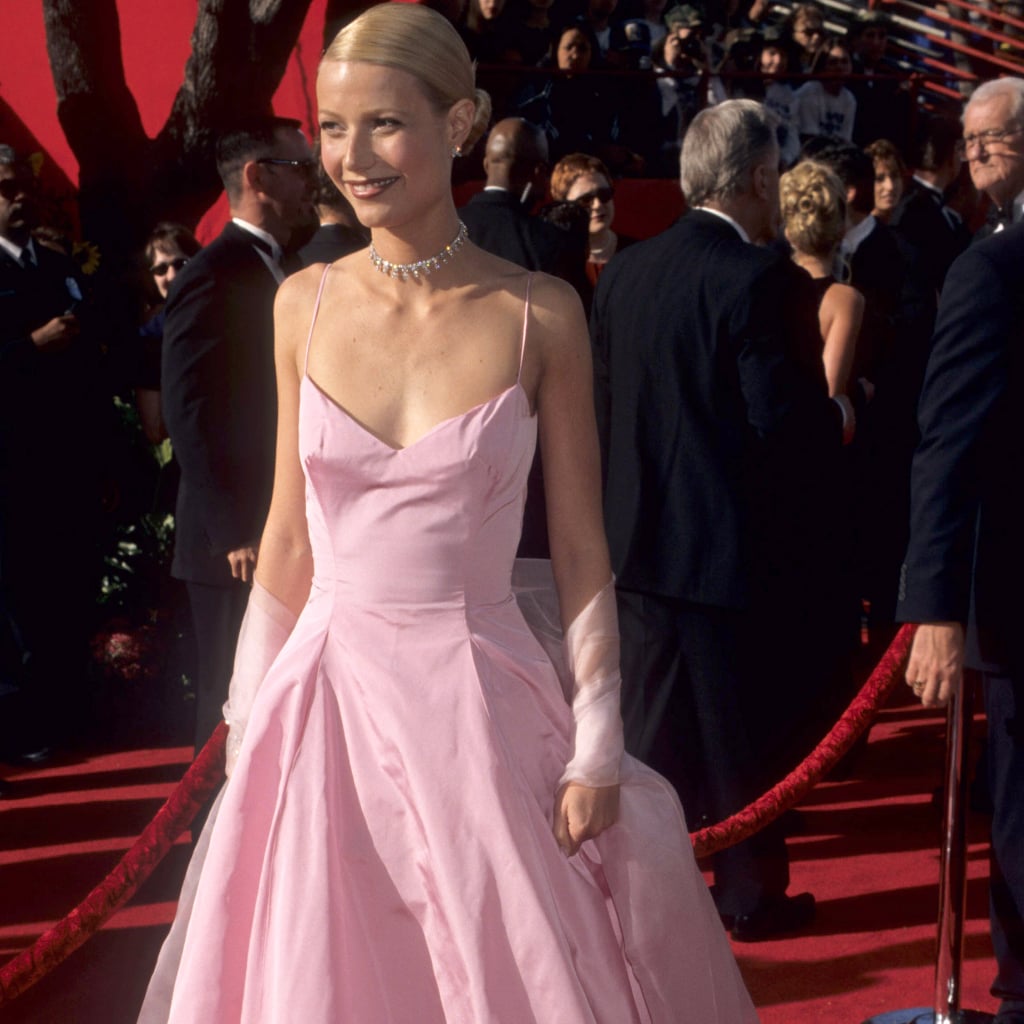 It's been 15 years since Gwyneth Paltrow accepted the best actress Oscar for Shakespeare in Love, dressed in her iconic pink Ralph Lauren gown, but the actress still has big plans for the design. Gwyneth explained to People StyleWatch that there's one important reason she's holding on to the showstopping piece: for her daughter, Apple.

Gwyneth revealed that while she has saved every Oscars gown, she has high hopes for her most iconic dress; namely that Apple will wear it to prom. "Maybe she'll wear it to prom and do a Pretty in Pink thing and resew it and cut it up, I don't know if I'd let her chop that one up." Apple is just 11, so it's far too early to call if she'll actually choose the design once the big day arrives, but here's to hoping! Just read on for a look back at the unforgettable dress, along with a cute snapshot of mom and daughter together.