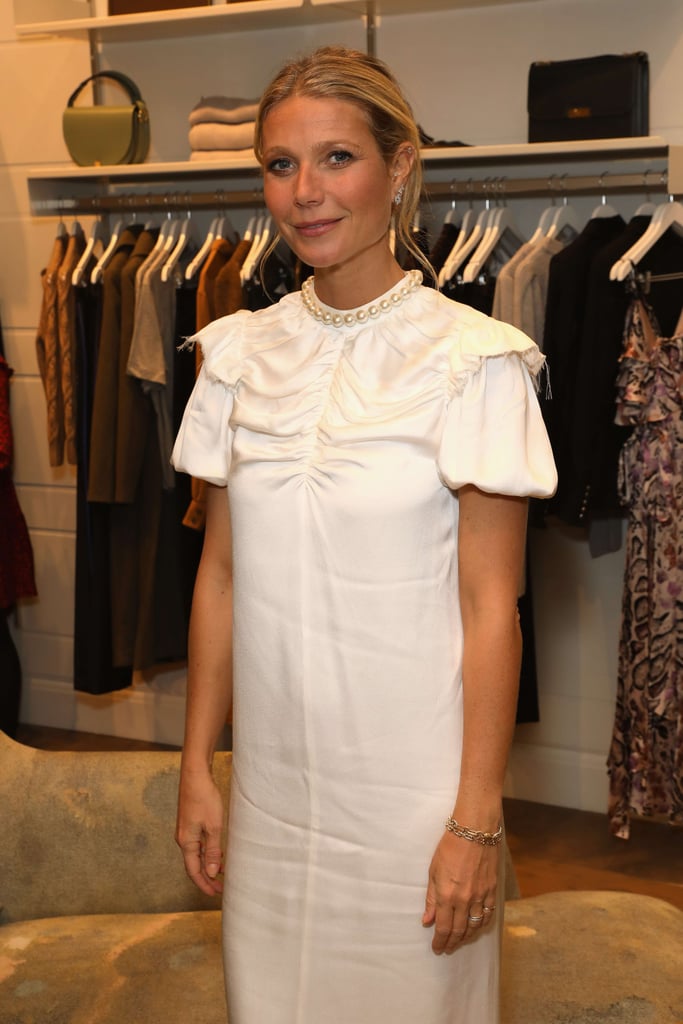 Gwyneth Paltrow Just Showed Off a Second Diamond Ring, and It's Beautiful

Gwyneth Paltrow married Brad Falchuk in a private ceremony at their home in the Hamptons. In case you need a refresher, the starlet had everyone thinking that she already got married in an oxblood one-shoulder Giambattista Valli gown during her star-studded bash back in April 2018.

For their actual big day, the adorable couple was surrounded by A-listers like Jerry Seinfeld, Cameron Diaz, and Steven Speilberg. While we're not sure what Gwyn wore, we're pretty sure that if her wedding dress was anything like her wedding band, it's beautiful.

Gwyn and Brad showed off their matching gold wedding bands that were simple and sleek. The couple opted for the minimalist route by choosing thin gold bands. During an event for Goop in London, the actress paired her simple gold band with a second diamond encrusted style instead of her engagement ring. Read on to get a closer look at both of her rings and shop similar versions ahead if you're feeling particularly inspired.