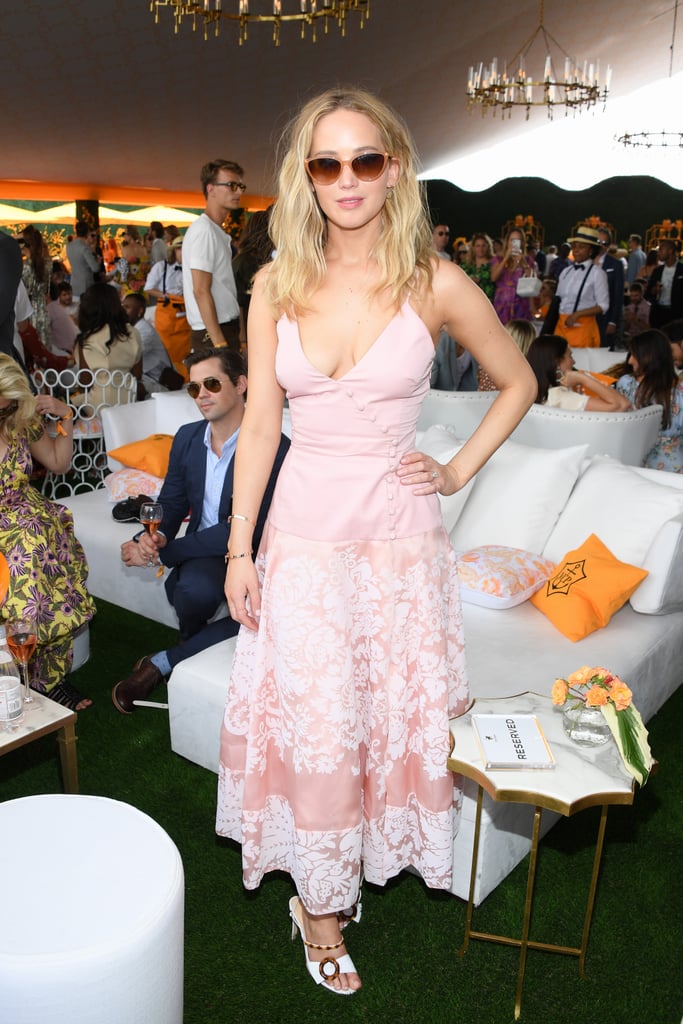 Jennifer Lawrence is engaged! On Feb. 5, People confirmed the 28-year-old Oscar-winning actress is engaged to Cooke Maroney. The duo have been linked since June of last year and have kept their relationship pretty private since. Shortly after the news broke, Jennifer was spotted celebrating with her 34-year-old art dealer fiancé at an Italian restaurant in New York wearing a thin gold band. Reports had said her engagement ring was "massive," and they were correct! While attending the Dior show at Paris Fashion Week, J Law showed off her emerald-cut diamond. The gorgeous ring reportedly costs around $100K. Read on to get a closer look at the stunning ring.

Adele
Adele and Rich Paul Are "Very Happy" in Love — See Their Cutest Moments!
by Monica Sisavat 22 hours ago