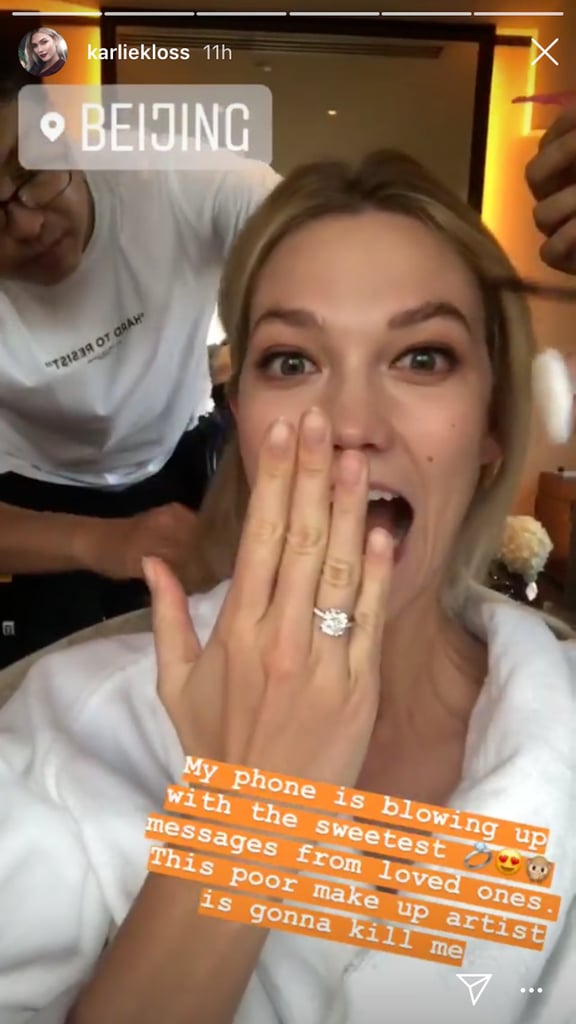 Karlie Kloss's Engagement Ring Is So Stunning, No Wonder Her Heart Is Full

Ever since the news of Karlie Kloss's engagement to Joshua Kushner broke, we've been dying to get a look at her ring. The couple, who has been dating for over six years, announced their happy news with a sweet post declaring their love for each other on Instagram. (The 25-year-old model has been dating the 33-year-old venture capitalist since 2012.) "He proposed a few weeks ago during a romantic weekend together in upstate New York. They're both overjoyed and happily celebrating. Their hearts are full and they're excited to build their future together," a source close to the couple told People.

Karlie finally revealed her beautiful engagement ring on her IGS, and let's just say it was just as breathtaking as we thought it'd be. While getting her hair and makeup done for a shoot in Beijing, Karlie showed off her giant engagement ring with the caption, "My phone is blowing up with the sweetest messages from loved ones. This poor makeup artist is gonna kill me." Her stunning ring appeared to be a cushion cut diamond in a platinum solitaire setting with a diamond pavé band. Read on to get a closer look at her beautiful rock ahead.