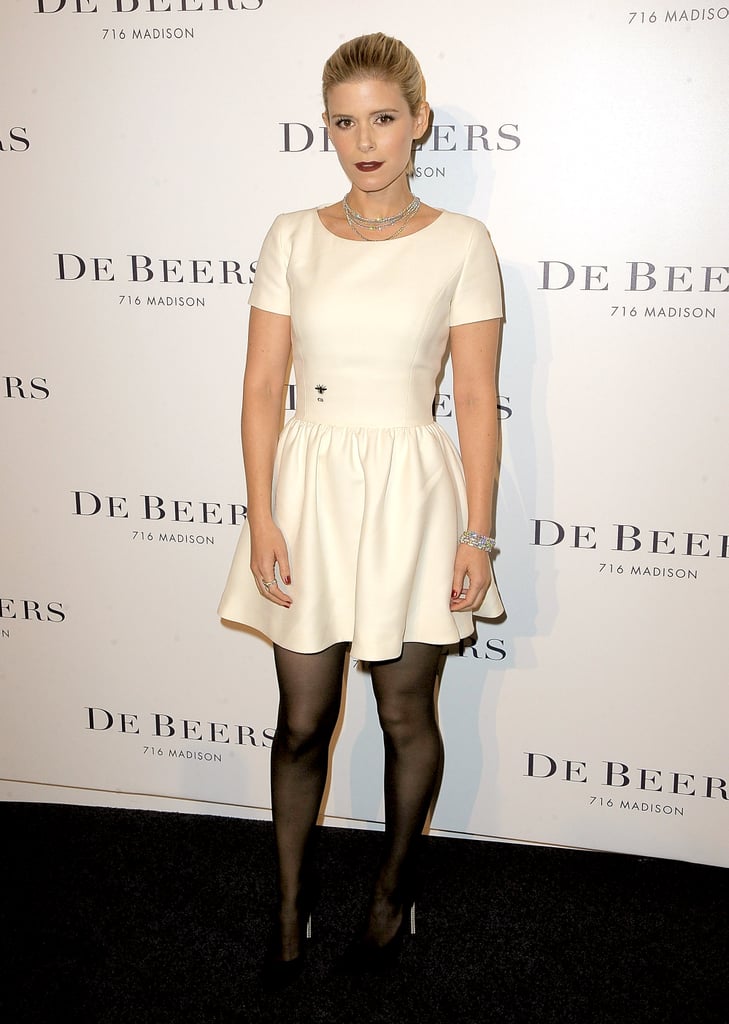 Simple and elegant, this white Dior dress could also be similar to her wedding dress.

With Kate Mara's wedding on the horizon, we all naturally have one major question on our minds: what will her dress look like? Feminine and tailored? Classic with an edge? Though these remain up in the air for now, we do know the one trend Mara won't be succumbing to for her nuptials: boho chic.

The actress, who is engaged to Jamie Bell, just revealed a few clues about her wedding dress, and now our curiosity is at an all-time high. At a launch event for Victoria Beckham's Target collaboration, the bride-to-be casually told People that although her dress situation is "not totally done yet," it's "taken care of" thanks to a little help from stylist Johnny Wujek, who has made things "very easy" for her.

When asked if her gown would have the ever-so-popular boho vibe, Mara simply told People "no," with Wujek quickly adding that the dress was "noho." Although the actress has been pretty mum about the designer of her wedding dress, it looks like she's had an idea about who she wanted to work with for quite some time now. "I knew the designer," she said. "I knew before we really said it out loud. I knew in my head it was going to be that one."

While we await Mara and Bell's big day, we'll be looking back on Kate's past red carpet looks to predict which designer she might have chosen. Will it be a feminine look by Dior? Or something chic and simple by J. Mendel? Read on for a look at her most stylish looks and take a guess for yourself. If it's anything like her engagement ring, it's sure to be dazzling.