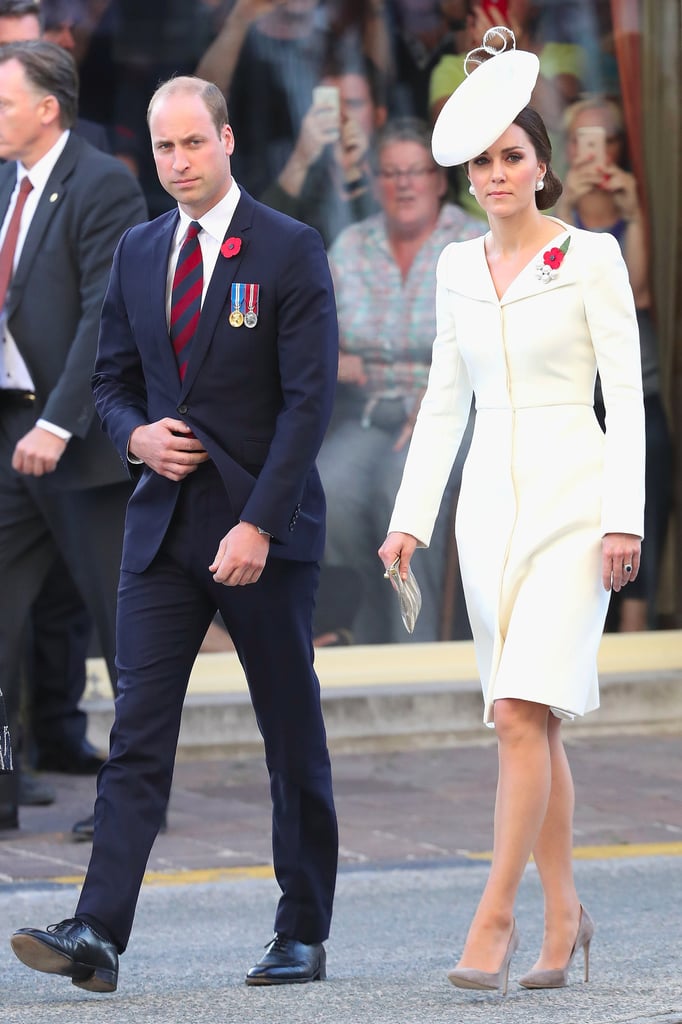 A week after her royal tour of Poland and Germany, Kate Middleton and Prince William touched down in Belgium to attend a commemorations ceremony. The special occasion called for an Alexander McQueen coat dress, which she's previously worn, and a matching cream fascinator from Lock & Co. Kate strategically added embellishments, such as a poppy and pearl brooch, to her coat's lapel for the event, though it was her hat that stole the show.

The oversize accessory tilted forward and featured a curled feather on top. Combined with Kate's enormous Balenciaga pearl earrings, the hat gave her outfit a fresh update. It was also impossible to miss as she walked down the street. Scroll on to see Kate's outfit from every angle, and then shop similar coat selections.

Celebrity Instagrams
That's My Best Friend: Saweetie's Pink Tie-Dye Sweatsuit Can Be Yours For $154
by Chris Roney 6 hours ago

Billie Eilish
Yes, Billie Eilish's Futuristic Boots Are Out of This World
by Nikita Charuza 7 hours ago